Westgate resident Wilfred Jenkins continues his mission to teach sign language/Makaton to as many celebrities as possible by adding television presenter and journalist Phil Spencer to his list today (April 25). 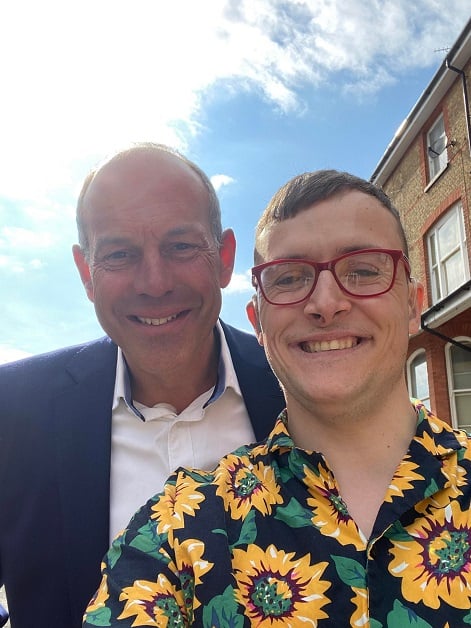 Wilfred, who is deaf and autistic, has become a bit of a Thanet celebrity himself through his attendance at  isle events, charity fundraising, volunteering and social media posts which include regular sign language videos.

The 25-year-old chatted to Phil today and taught him the sign for house.

Wilfred said: “One of my support staff told me about him when she saw him. He was lovely and kind and my mum was on FaceTime with me when he came over to see me!”

The crew have also been filming in Broadstairs and met up with Kent Surf School.

Other celebrities who have had a sign language lesson from Wilfred include Office and Hobbit star Martin Freeman who was in Broadstairs in 2020 shooting scenes for his Sky series Breeders; Dr Ranj; Dave Benson Phillips and ‘Mr Tumble.’