An exhibition by Margate artist Tracey Emin is now on show at the town’s Carl Freedman gallery.

Exhibition details describe the work as: “ Raw, emotionally powerful drawings and paintings interrogating the nature of life, death and mortality.”

Tracey Emin currently lives and works between London, the South of France, and Margate. The 58-year-old is in remission from bladder cancer. She was diagnosed in spring 2020 and underwent an operation in the Summer which meant the removal of many of her female reproductive organs and the need for a stoma bag.

The artist is known for works including My Bed which was created in 1998 and was back on show at Turner Contemporary in 2017.

She bought part of the former Thanet Press site in Margate in 2017 and has had work undertaken to convert it into an artist’s studio and one bedroom flat. The move to Margate was prompted after losing a bid to expand her art studio in Spitalfields and the death of her mum Pam.

Another part of the site was bought by her former partner Carl Freedman. In October 2017 Mr Freedman submitted a planning application to create the gallery, offices and an apartment at the site in Union Crescent/Princes Street. Permission from Thanet council was given in December of that year. The gallery opened in May 2019.

Tracey originally confirmed plans to move to the town during the opening of her My Bed exhibition at Turner Contemporary.

In January it was confirmed that Tracey had bought The Brown Jug pub in Dumpton as well as a number of Margate properties.

The pub was bought for £550,000 last December. Tracey also bought the former Victorian baths and former morgue in Dane Road/Victoria Road, Margate, with plans to create artists’ studios, an Emin museum and hopes for a sculpture park, artist residencies and a life drawing club. There are also understood to be separate plans for a training school, possibly in the catering/hospitality trade.

Her more recent works are a departure for the former “bad girl” of the British art world, who burst onto the scene with the Young British Artists of the ’90s with confrontational pieces like her appliquéd tent listing Everyone I Have Ever Slept With 1963–1995, and her Turner Prize–nominated My Bed, reproducing her unmade bed after a four-day bender, with crumpled sheets, spent condoms, empty vodka bottles and a pregnancy test. 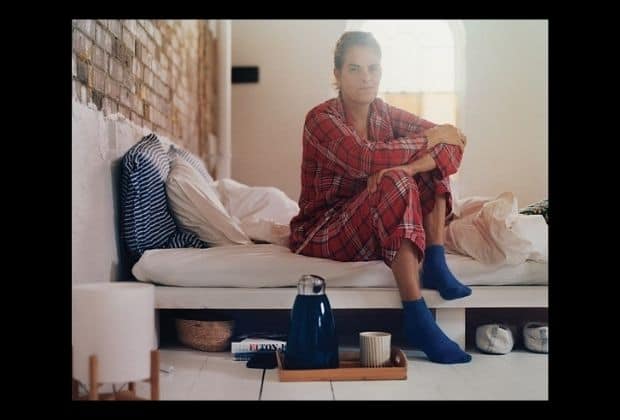 A Journey To Death – which had a private view last night reportedly attended by designer Vivienne Westwood -is on show until June 19.

Entry is free. The Gallery in Union Crescent is open Wednesdays – Sundays from 12-6pm