Parents of children at Laleham Gap School in Ramsgate say they plan to launch legal action for a second time after councillors voted to let officers approve a development of 38 homes next to the school.

The original application, which had been granted approval by Thanet council in October 2020, was quashed by the High Court last July after a parent took the case to Judicial Review.

The Kentish Projects development is for 23 houses,15 flats and parking on land off Stirling Way, in the perimeter of the Eurokent Business Park and bounded by Royal Harbour Academy and Laleham Gap Schools.

The original approval  was challenged with the Judicial Review and the High Court allowed all six grounds in the parent’s claim and quashed the planning permission.

The development site is owned by an LLP joint venture in which Thanet council and Kent County Council are partners which gave rise to claims of an appearance of bias by the council, something the judge agreed with.

The result was an order for Thanet council to quash planning permission for the homes overlooking the school playground, with the decision branded as unlawful and having the appearance of bias.

However, Kentish Projects resubmitted plans in December. The proposals were discussed by councillors last month but a decision was postponed for a site visit to take place on April 1.

Parents say there is upset that councillors “were not allowed” to talk to the students who had wanted to voice their concerns during the visit.

There is also upset that parents and school representatives were unable to speak at a council meeting last night (April 20).

Cllr Ruseicki and Cllr Wing both commented that there were houses “far too close to the school” and that the impact of construction and the resulting development was “too great” on the special needs students at the school.

However, the decision was made to defer to officers to grant approval for the development, although it was not unanimous with those objecting including Cllrs Mike Garner, Rick Everitt, George Rusiecki, Pat Moore and Becky Wing.

Extra clauses are to be put in place to limit hours of construction work and, through acoustic fencing and stipulations about piling methods, reduce noise but not all councillors were convinced with Cllr Garner saying “the impact this will have on the pupils outweighs all other considerations.”

Furious parents are now raising funds in a bid to take the decision back to court. 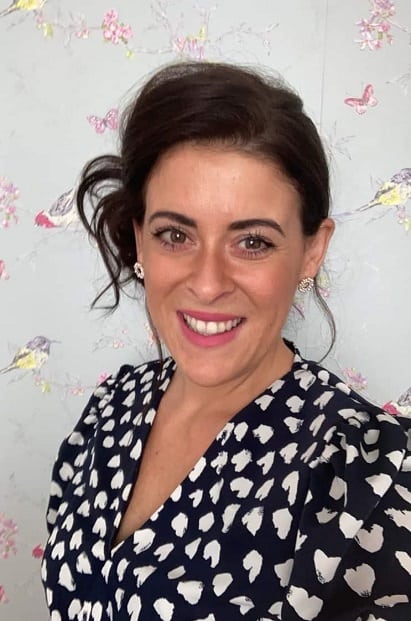 Parent Joanne Holden said: “The parents at the school have growing concerns over the children’s wellbeing and mental health not only whilst the development is built but the lasting effects of having housing so close and possible music playing, barbecues,motor bikes etc.

“Laleham Gap work extremely hard to give our children the skill set they need to be part of our working community. A constant disruption to their learning will not be beneficial for anyone.

“A lot of the children are extremely sensitive and additional noises/smells can be very disruptive. There are concerns of how close the buildings will be affecting the children’s privacy.

“At the recent site meeting where the councillors were invited to view the grounds, our school council (children of the school) stood out in the cold with the intentions to speak only to be told they were not allowed. It seems this is the general feel from the council and developers that our children should not be heard.

“The parents of Laleham Gap now plan to raise funds and take it to court for a second time. Although some of the councillors seemed sympathetic towards the school’s pupils none of them have a true understanding of the difficulties these children face on a day to day basis. “The sensory difficulties of the children are huge.  The noise is going to be so disruptive to the students learning and wellbeing.

“When our children are put under stress it affects all of our families lives. There are concerns of the road being much busier, creating a safety risk for the students too. The parents’ association is currently seeking legal advice for the next move to take.

“We will continue to fight to protect our children’s mental health and education.”

Parent Rosina Landi added: “I still can’t comprehend why these 38 properties can’t be built amongst the land that has been reserved to build the 500 homes, or the land that hasn’t been allocated for housing or commercial use as yet but will be in the future. Building on the boundary of a special needs school and the attitudes of some of those councillors on the planning committee is shocking and alarming.

“To think they were voted in by Thanet residents, those councillors are there to support the community and wards they represent but don’t appear to want to represent children with special education needs and prevent them from the detrimental affect that this development will have on them.

“I went to the site visit and I was very concerned when I saw the 3 metal stakes that had been placed in the ground by the developer as an indication of the corner of the proposed buildings. These properties are far too close to the school’s Phoenix building, and outside recreation areas. Parents, pupils and staff were not allowed to talk, say why they object to the build and when the head spoke he was ushered up after a few minutes.

“I wrote a long letter of objection again to the planning department and the committee and included my thoughts/concerns/ opinion of the site visit. It does seem though, that it doesn’t matter how many people object that the build is still going ahead.”

At a previous meeting a representative for Kentish Projects said the developer did not think the plan was “controversial” as the land was earmarked for housing in the Local Plan. However, this designation was made after Laleham Gap had submitted the application for their school site in 2014. 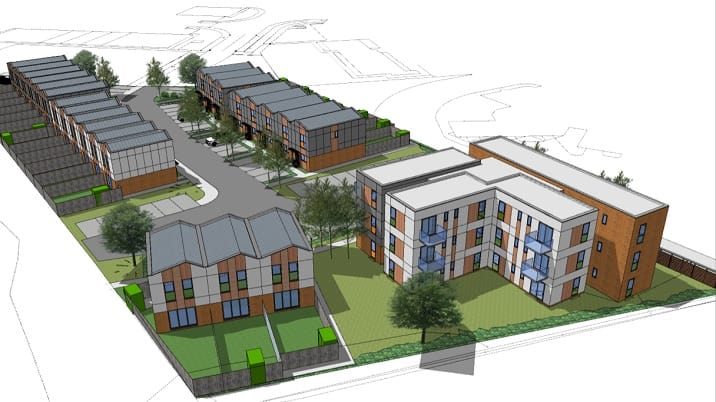 The developer spokesperson  said: “This site will deliver 38 dwellings for first time buyers with at least 11 affordable homes.”

She added that Kentish Projects would be paying significant developer contributions including £25,769.62 for Foreland Fields School expansion and £25,373 for new or replacement play equipment at Jackey Bakers Rec.

Laleham Gap headteacher Les Milton previously said the Local Plan identified 20 dwellings for the site not 38, a concern which was also brought up at last night’s meeting.

Thanet council says the entire area is earmarked for 550 homes with 500 homes off the New Haine Road granted approval earlier this month. There is also approximately 5.45 hectares which is earmarked for commercial development.

A petition by the Laleham parents association can be found here