A craze from the 90s that has been making a resurgence in Hollywood and London has now found its way to Margate with the opening of a new business.

Tooth gems are being sported by celebs such as Katy Perry, Rita Ora, Ariana Grande, the Kardashians and Katy Perry. And now the gems are being offered at Tooth Or Dare in Margate’s Old Kent Market.

The business is headed up by Laurie Louise who took the plunge to become her own boss in February.

The level 4 qualified beauty therapist, laser technician and cosmetic makeup artist took the decision to work for herself  after a diagnosis of fibromyalgia. 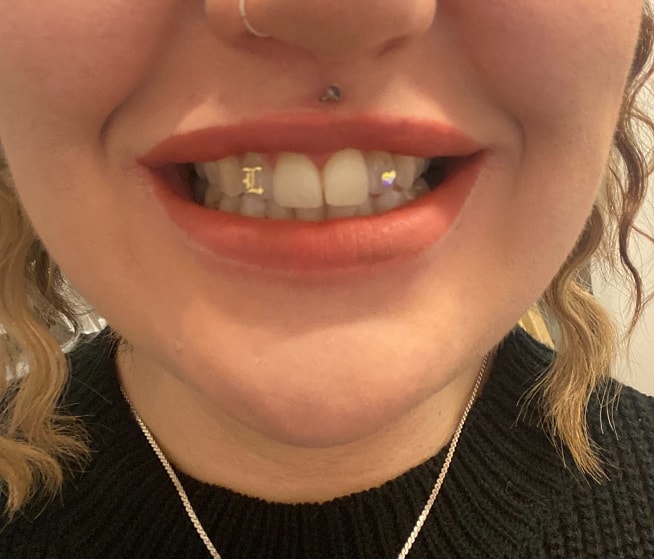 The 30-year-old, from Margate, said: “ I was working in a spa but wasn’t able to do all the things they wanted me to do. So, I decided the best thing was to work for myself at my own pace.

“I rented a shop at The Old Kent Market in February of this year and Tooth or Dare was born. It was quite scary, setting up a business straight after the pandemic but I had some inheritance money and I did the specialist training and three exams.

“It means I have the freedom to do as much or as little as I am able and I have set up the shop in a way that works for me.

“Tooth or Dare stems from the 90’s tooth gem craze but with a modern, safe and long lasting twist. Tooth gems have exploded in popularity recently and have been seen on celebrities including Rita Ora  and Katy Perry. 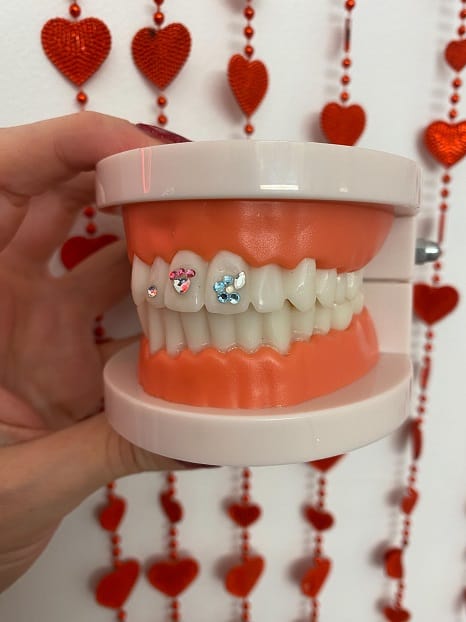 Tooth Or Dare specialises in genuine Swarovski crystal application as well as application of 22K gold and 0.1ct diamonds.

Laurie sources all her gems, making sure the are led free, and has them in stock in store although gold and diamond ones need to be ordered in.

She said: “I think I am the only one doing it locally and I have been getting quite a few people coming in, some had a tooth gem in the 90s and want one again, others come in because they are looking around the Old Kent Market which gets a lot of foot fall.”