Probably the UK’s smallest pub is about to open in Ramsgate.

The Little King Richard Arms will serve a draught lager and pale ale alongside bottles of beer, wine and spirits from its 5ft wide, 2ft 2inch deep venue at Ramsgate Promenade Market (formerly the Belgian Bar) on the seafront.

The tiny bar, which stands opposite the country’s biggest Wetherspoon pub, has been named in honour of  ‘true gent’ Richard Brown who sadly died following a flat fire in Ramsgate last year.

Richard, 71, was a much-loved member of the Belgian Bar/Green Tara family – now Ramsgate Promenade Market – and a long-time friend of owner Andy Barrett.

Andy said: ““He was a wonderful man and so full of generosity, he would help everybody from all walks of life. When you first met him he would have such a great impact and was a huge man in his own right.

“He was just an interesting guy who really cared about people, everybody he met had their lives touched by him.” 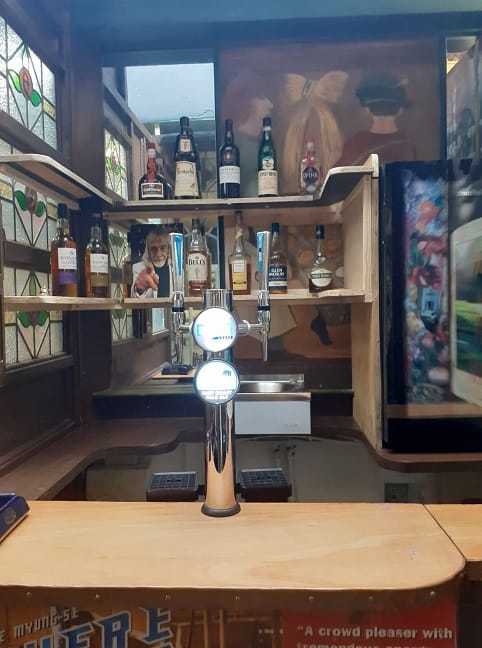 The  miniature pub hold the bar area and room at the bar to make your order. There is seating inside the promenade venue include a space dedicated to Richard.

Andy said: “It has got to be the smallest UK bar. We already had a cocktail bar and that stocked bottled beers but people were asking for draught beer. We thought it would be quirky to have the tiniest pub opposite the biggest Wetherspoon pub in the UK.

“It will open a year to the day we lost Richard. He liked a drink and he was a bit of a legend, looking after the place for me when I wanted to go away. It will be a good legacy.” 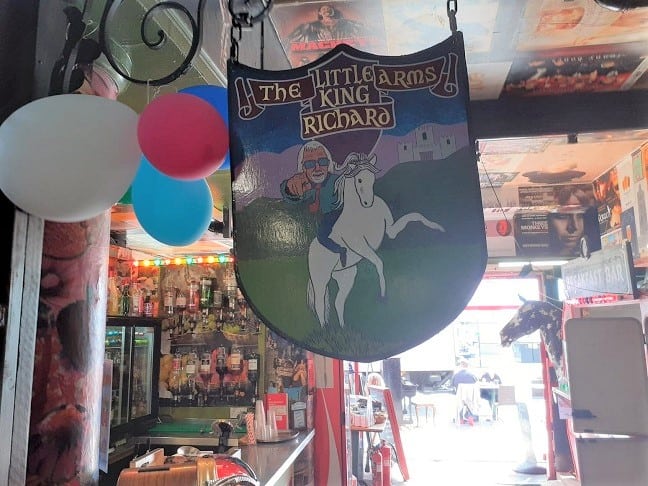 The Little King Richard Arms is even smaller than Andy’s other tiny pub, The Little Prince at Margate’s Old Kent Market. That pub measures six feet, six inches wide and 11ft long and was recognised as the UK’s smallest pub by the  Guinness Book of World Records in 2016.

The Little King Richard Arms opens at 1pm Monday. The Ramsgate Promenade Market is also host to businesses including a vegan stall, breakfast stall, a pizza and pasta stand is also due to open and a music shop is set up at the back of the site.