Dickens House Museum in Broadstairs will reopen on Good Friday, 15 April after a two-year closure due to the Covid pandemic.

The museum celebrates author Charles Dickens’ connection with Broadstairs (1837-1851).  It was once the home of Miss Mary Pearson Strong, who Dickens based much of the character of Betsey Trotwood on in David Copperfield.  The museum displays items that once belonged to Dickens, alongside displays of Dickensian memorabilia, Victorian costumes and Victoriana.

To celebrate the reopening, two members of The Dickens Declaimers, Val Whitehouse and Alan Root, will be holding a dramatic reading from David Copperfield at 1pm.  This will be in either Nuckell’s Gardens opposite the museum or the museum, depending on the weather.  The Dickens Declaimers are readers who imitate Dickens in the way he used to give readings.  They will be reading part of the episode which contains Aunt Betsey and Mr Dick.

Dickens House is owned by Thanet District Council and the operations are supported by the Tourism and Visitor Services Team.  Peter Shaw, who has been caretaker at the museum for a number of years, will be Visitor Manager for the 2022 season. 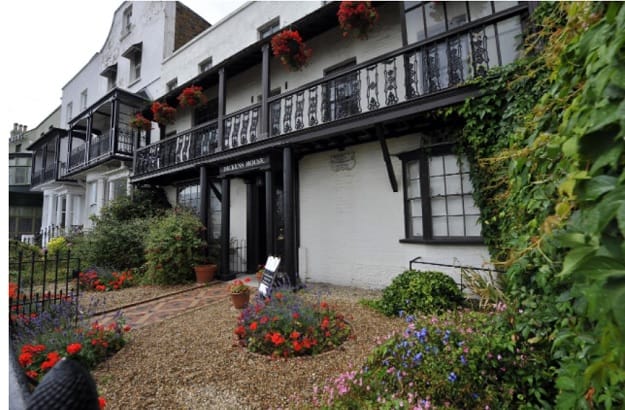 The reopening has been made possible through a contribution from Broadstairs and St. Peter’s Town Council.  A team of volunteers, who are passionate about Charles Dickens and Broadstairs, will be supporting Peter, welcoming visitors and guiding them around the house.  The reopening has also been supported by Broadstairs Dickens Fellowship.

Councillor Reece Pugh, deputy council leader, said: “Dickens House Museum is a popular attraction for visitors, school groups and language students.  I would like to thank Broadstairs and St. Peter’s Town Council, Broadstairs Dickens Fellowship and the volunteers for enabling the museum to reopen.”

Anyone interested in being a volunteer at Dickens House and helping visitors to enjoy their experience can find out more by contacting dickenshouse@thanet.gov.uk or calling 01843 861 232.  Full support and training is provided.