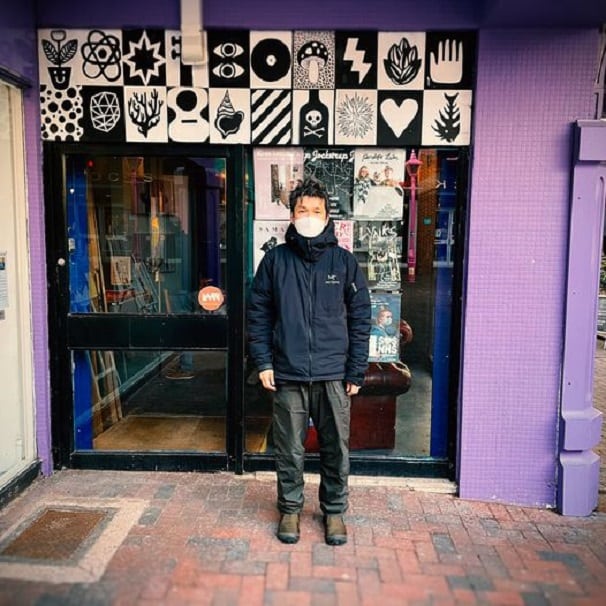 Japanese noise rock isn’t quite what you consider a natural attraction for seasiders, but Margate seems to have its own strange attractions at the moment, including transforming the seafront to a winter scene for a blockbuster film.

The venue being a former Tandy store, isn’t quite a natural fit either, neither a Thursday night to meet friends to do something a little different.

Melt Banana (Agata and Onuki), started their UK tour after leaving Tokyo and visiting some hallowed ground with the John Peel mural when they arrived in London.

The venue is what I thought was a record store in Margate’s town centre that had closed due to COVID and associated economic woes.

However, on entering “Elsewhere” (another appropriate name!) in The Centre I was greeted with a bar, a pool table and, yes, a record store.  There was also a curious door leading down to the basement where Agata was setting out merchandise and some support acts were getting ready to start the evening.

Onuki took to the stage, with her hand tablet and a drum machine app, casting the various colours as its waved across the area.   With a total overwhelming of the senses, the sounds from Agata and Onuki could have woken up the nearby residential block, but  thankfully the basement proofing meant there was just a small rumble outside. 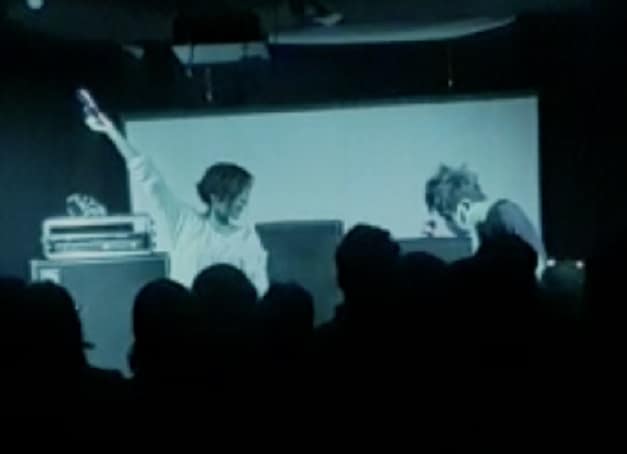 Melt Banana’s opening of their UK tour had started. Onuki’s lyrics fit the English language rather than her native tongue.   Song after song was belted at a dizzying rate. Melt Banana has been around since 1992 and the belief and commitment to what is totally unique experience has be respected.   The scope of the sounds, rhythms and connections was infectious.  A highlight for me was a set of short songs which ramped up the atmosphere of the evening, relentless delivered but with love and care.  Some songs the length of a breath were rolled out one after another, switching across a number of styles, with a short pause to allow the audience to appreciate what was heard.

It was a great Thursday night’s entertainment and for Melt Banana a great start to their tour across the UK.    It was a perfect fit for Margate with a music scene that is a mixture of all things and welcoming to anyone who visits.