A Margate builder says he may seek legal advice after being left with a broken hand for a week despite being told by QEQM Hospital that there was no break.

Dad-of-five David Johnston went to the hospital on March 27 for an X ray to his hand and elbow after falling down the stairs at his home.

The 34-year-old builder says he was told there were no broken bones and sent home but then was in pain and his hand ‘turned grey.’ 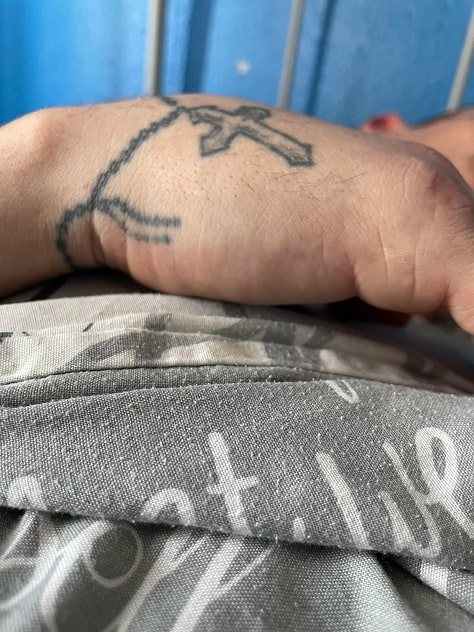 Partner Chanelle Rowe said: “His GP told him to go back for another X Ray but the hospital refused because they looked over the one from the 27th and said there is a broken bone. They then put a splint on but he was left 7 days misdiagnosed.

“We understand the NHS is under pressure and short staffed but it makes me worry if they are misdiagnosing people.

“He spent a week in pain and unable to work or use his hands for daily task such as getting dressed.

“He been in severe pain but was told to just carry on as normal and the swelling would go down.

“If they are missing something like that what else are they missing? He has five children to look after and works self-employed so there is no sick pay to cover him.

“He now worries what will happen if his hand heals wrong.” 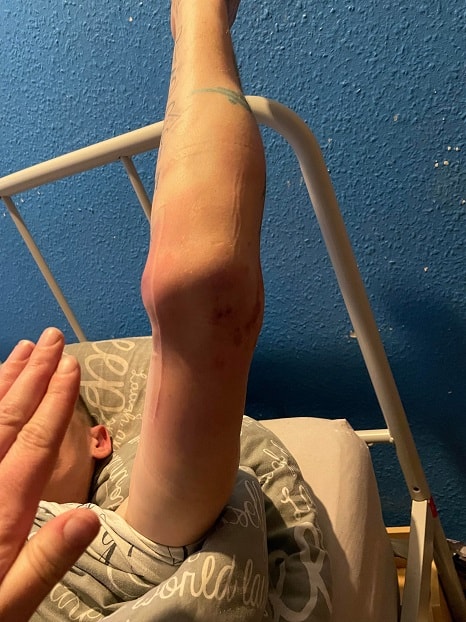 The couple say they are concerned that there may be another break due to a large lump on David’s elbow.

He says he is considering legal action and has spoken to PALS (Patient Advice and Liaison Service).

The East Kent Hospitals Trust said they are not yet aware of any formal complaint but have apologised.

Dr Rebecca Martin, Chief Medical Officer, said; “We are sorry for our failings in Mr Johnston’s care and treatment.

“We are keen to speak to Mr Johnston so that we can listen to his concerns and answer his questions in detail.”