A short movie shot in Margate by actor, and town resident, Lewis Reeves will hit the film festival circuit this month.

Harry The Hamster is a clever animation telling a sweet and darkly amusing tale of a young boy, his grandad and a hamster that turns out to be something a little different.

The seven minute film is based on Lewis and his grandad and brings a childhood memory – with embellishments – to life.

Lewis, who wrote and directed the film, has lived in Margate with wife Charlotte and their two daughters a little over two years and thought the town was the perfect backdrop for the nostalgic but blackly comic film.

Lewis is a filmmaker and actor whose credits include I May Destroy You (BBC/HBO) and Unforgotten (ITV) . Harry The Hamster is his directing debut. 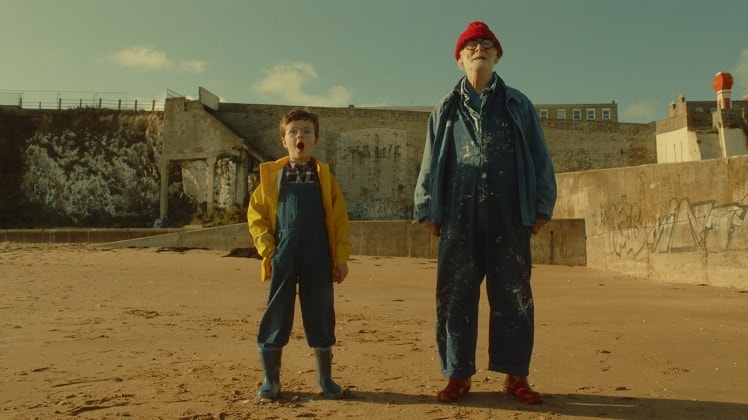 Actor Karl Johnson – of Lark Rise to Candleford and Hot Fuzz – stars in the film alongside Teddy Walker and one of Lewis’s brothers Joel, with his other brother Callum working behind the camera.

Lewis said: “The theme is that feeling you get when you find an old photo from childhood in the attic, or it could be walking into a room or a smell, and you remember something that had been long forgotten.

“The film opens with a guy who finds an old photo of when he was a little boy and he is transported back to this memory.

“It is a true story based on my grandad and his pet Harry the hamster.

“I thought it would be good to set it in Margate because there is that sense of nostalgia about the seaside for British people.

“The climate over the last couple of years has been tough on many and I wanted to come out with something positive after Covid and wanted a welcome and fun distraction.

“I have always had a passion for storytelling so I thought now was the perfect time to direct a film and tell this charming, funny story about my grandad, 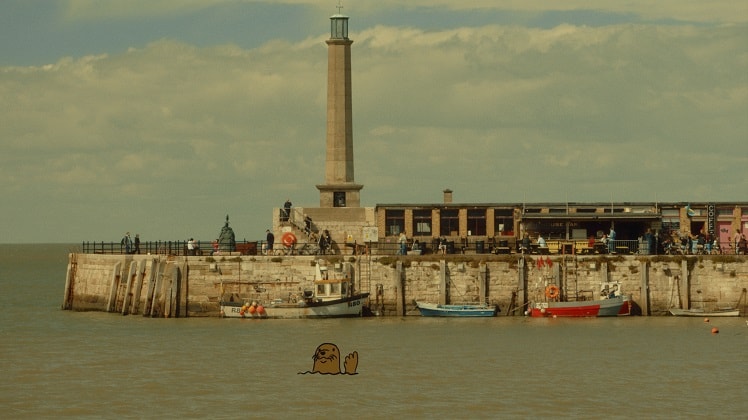 “There is a sepia setting and animation. The little boy’s drawings come to life and it is really quirky.”

Lewis and wife Charlotte moved to Margate just before the pandemic hit, The pair had visited on a day trip and fell in love with the area and the creativity of the town. 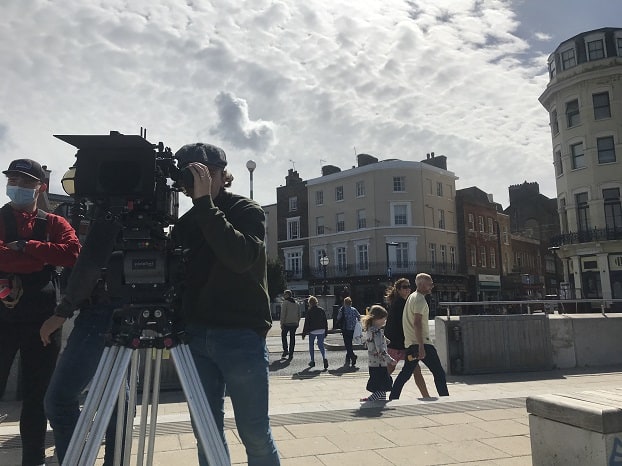 Harry The Hamster was filmed in September/November 2020 and then work on the animation was undertaken.

Some 30-40 people, local and further afield, were involved in the production.

Harry The Hamster is now set to screen at a number of festivals around the world, shortly premiering at River Run international film festival in North Carolina from April 21-30; the Oscar qualifying Short Shorts film festival Asia’ (Japan) and Venezia Film Festival (Venice).

And Lewis said he is most excited about it featuring in this year’s Ramsgate International Film & TV Festival in June.

He said: “That means a great deal to us as the film has great roots in Thanet and was shot on location in Margate.”

Lewis is also due to hit the TV screens this summer with a role in The Midwich Cuckoos on Sky. The series, based on the John Wyndham science fiction novel, stars Keeley Hawes and Max Beesley.

Watch the Harry The Hamster Trailer