A Ramsgate mum has launched a petition for a crossing to be installed at the viaduct end of Margate Road after her son was hit by a car and suffered injuries including a fractured skull.

Gemma Bellingham says she doesn’t want any other child or parent to go through the same horrific experience which left 11-year-old Lincoln with the fractured skull and hematoma, multiple cuts on his face and legs and bruising to his ribs.

Lincoln, now 12, had been on his way home from Royal Harbour Academy on January 27 when he attempted to cross the busy road on the stretch by Newlands Lane, which has a central ‘island.’

But before the youngster reached that island he was hit by the vehicle.

Gemma was alerted by a friend whose child witnessed the accident and she was on the scene within minutes. 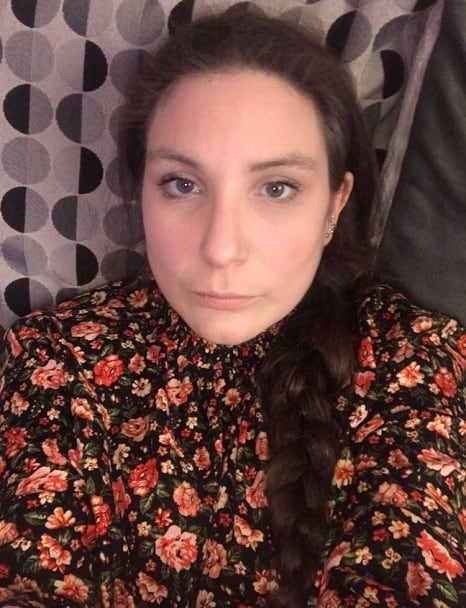 The mum-of-six said: “The whole road was closed off.  He was put on a stretcher and had supports to keep his neck and head in place.

“His face was cut and covered in blood. Paramedics had to cut his clothes off and he was falling in and out of consciousness.

“As his mother this was beyond horrific and traumatic for me to see and horrific for my little boy to go through. I know it has also had an effect on many people including the teachers that ran down to help, the person driving the car, other students and people passing that witnessed it.

“Lincoln was rushed to Kings College Hospital by air ambulance. He had a fractured skull, his face was cut and covered in blood and all down his leg was cut although luckily he didn’t break it.

“He does not remember being hit although he remembers crossing and then being in the ambulance.”

Lincoln was taken initially to QEQM Hospital in Margate and from there flown to Kings College Hospital where he stayed for three days.

Gemma said: “They wanted to keep him in longer but because he has autism and ADHD he found it really hard in the ward and we decided it was better mentally for him to come home.”

Gemma has now launched the petition for a crossing and possibly double yellow lines at the viaduct end of the road in a bid to make sure no-one else’s child is hurt or worse as they attempt to cross.

She said: “That road is so dangerous. It is a very serious issue especially considering it involves the safety of our children. The children from the school are only 11-13 and children from other schools also have to cross this road.

“It is a big risk and I really don’t think this will be the only accident if something isn’t done.

“It needs a crossing and the other problem is people parking all down the road so the children are coming out from between the parked cars because they can’t see, so maybe there could be double yellow lines too.”

Gemma says the school has been a big help and very supportive and, although she has concerns that she was alerted by a friend rather than emergency services, she is grateful that Lincoln is recovering.

However, the head trauma he suffered means Lincoln gets exhausted very easily. In the last three weeks he has returned to school for an hour on a couple of mornings each week and hopes to extend that to every morning after the Easter holidays.

Gemma said: “We will see how it goes and what he can manage.”

Kent County Councillor Karen Constantine was contacted by Gemma and is backing her call for the road safety measures.

She said: “I fully support Gemma’s petition and actions to raise the issue of road safety. I have raised this matter with Kent County Council, pointing out that more needs to be done to improve safety, in particular there are some notorious spots where locals know an accident will happen.

“Local residents should be listened too. We have too few crossings in Ramsgate and an urgent need to reduce speeds on roads from 30mph to 20mph. Ultimately drivers also need to improve and drive much more cautiously.

“We need better infrastructure if we are going to cut down accidents and stop road deaths, we also urgently need to improve accessibility for those people in wheelchairs or other mobility aids. They too need to be able to cross roads in safety.”

Kent County Council will offer road safety training to Royal Harbour Academy students and carry out surveys at the road.