Stolen cosmetics and clothing worth hundreds of pounds have been recovered after PCSOs stopped a shoplifting suspect in Margate town centre.

Following reports of thefts from businesses, Police Community Support Officers Jake Angell and Adam Herod were on patrol in the High Street yesterday (March 31) when they saw a woman acting suspiciously. 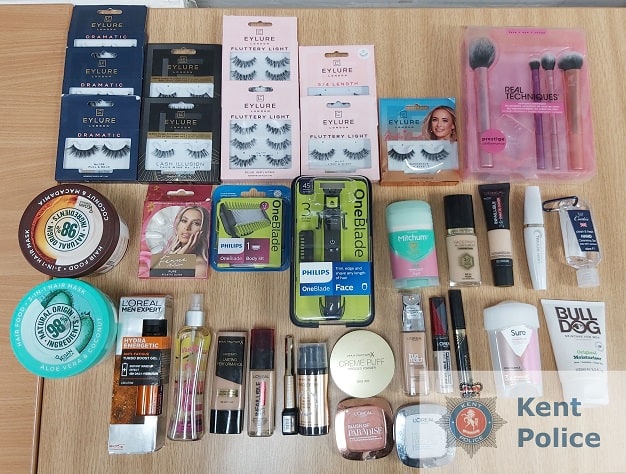 Having heard a report that a theft had just taken place at a commercial premises nearby, the PCSOs confronted the woman and stopped her leaving until a town centre police officer arrived and arrested her.

Two bags of suspected stolen items worth an estimated £300 were recovered by police.

The 28-year-old woman from Margate was released on bail pending further enquiries.