Dreamland has announced that the park will reopen – with rides – on May 29.

In a statement just released on its website it says: “This year, the park’s most popular attractions The Scenic Railway and Big Wheel, will be joined by a great line up of specially selected amusement park rides featuring established classics such as the Waltzer, Scrambler Twist and Gallopers, alongside last year’s spooktacular addition – The Ghost Train.

“Due to popular demand, family favourite, The Dodgem Track with its superfast cars makes a welcome return, whilst younger riders will squeal with glee on The Austin Cars and Double Decker!”

A total of 13 rides are shown, including The Hurricane Jets, Betty’s Beehive Coaster and Tina Turner’s Head which are also listed as attractions below the statement. 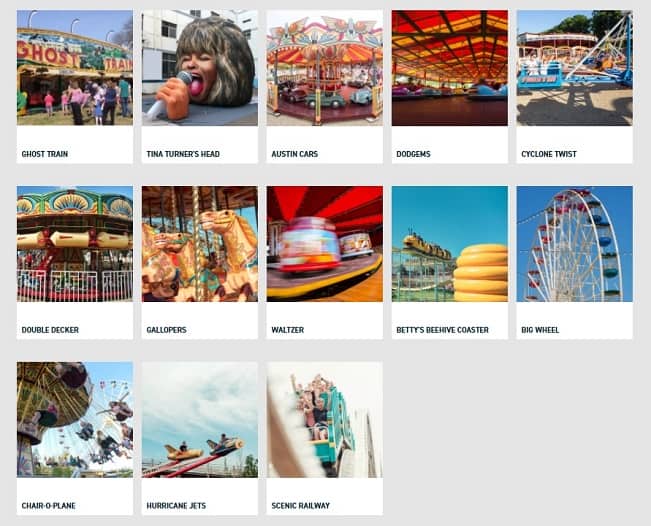 A packed programme of music events is also booked for the season and includes gigs with Paul Weller, Simply Red,  All Saints, Craig Davis and The Beach Boys.

A statement from Dreamland issued on social media adds: “With a packed programme of fun and entertainment for all age groups including live music events from some of the best artists around, a great line up of specially selected rides, including the Scenic Railway and Big Wheel, interactive Instagrammable installations and an eclectic range of food and drink for all tastes – there will be something for everyone.

“Just like last year, Dreamland will be free to enter and rides will be operated on a pay-per-ride basis.”

Currently items from the park including catering trailers, an ice cream van, fryers, microwaves, lawnmowers and a chainsaw are among the 171 lots being sold by Dreamland through NCM auctions.

The lots are listed as for sale due to Dreamland’s “consolidation of assets.”

Other items available for online bidding include a Mary Rose Play Boat Climbing Frame – buyer to dismantle – and children’s soft play equipment. There are also chairs, freezers, a mini stage, lighting cases and equipment such as popcorn makers.

Head of Operations, Shane Guy said: “We are investing in our facilities in preparation for opening this Spring, including the provision of food and drink. We’re looking forward to welcoming everyone back to Dreamland.”

The latest auction of goods follows the sale of several of the park’s rides. In January Dreamland’s Pendulum thrillseeker ride was transported to its new home in Great Yarmouth’s Pleasure Beach site. According to Pleasure Beach bosses the Pendulum was one of six rides that were up for sale.

Rides made by Zamperla and installed at the Margate amusement park in 2018 were also advertised on specialist website Interlink.

Among the rides was the Endeavour – named Dreamcatcher following a public competition in 2018- which had more than 2,900 entries.  Also listed as available was the Zamperla Jumping Star.

Other rides sold are understood to be the Air Race, Up Up and Away and Soaring Seagulls, Previously confirmed as sold last year was the Zamperla Twister Coaster (Pinball X)  which was relocated to Flamingo Park in Hastings.

Last year a Dreamland spokesperson said some new rides would be coming in to the park.

The Dreamland website says there are more announcements to come.

Find events and rides lined up for 2022 here