Two years ago Ken Buchanan, then 72, decided he was fed up with “sitting around doing nothing” and so to bring some action back in his life he took up quad skating.

It turned out that the former British Army physical training instructor was a bit of a natural at the activity, so much so that in May he will be rollerblading 26.2 miles to raise funds for Demelza children’s hospice. 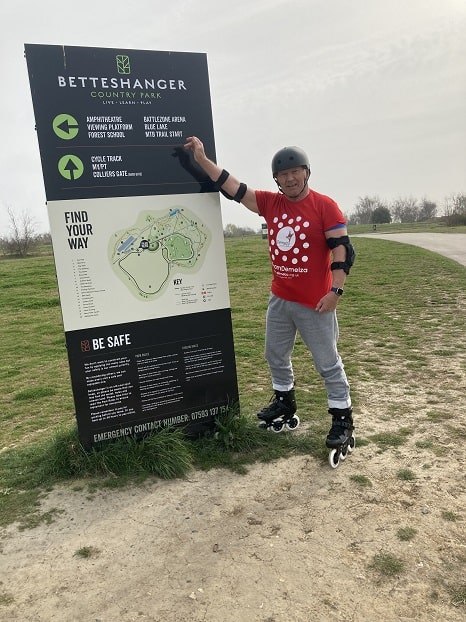 Ken, now 74, said: “Years ago I used to ice skate. About two years ago I was just sitting around doing nothing so decided to buy some quad skates. I got a few weird looks when I went out but I stopped about a year ago.

“That was until I saw inline speed skating on YouTube. I thought it looked a bit scary but wanted to give it a go so bought an average pair of inline skates.

Ken had a few stops and starts but has now invested in a “top notch” pair of skates which he will use to whizz around Betteshanger Park for his fundraiser. 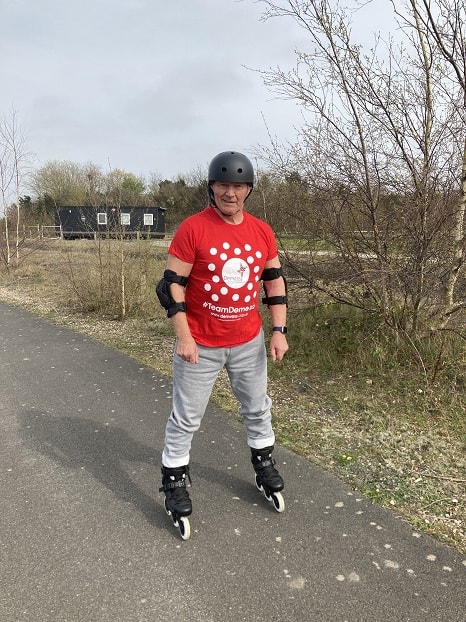 He said: “Once I started with the new skates I was absolutely ripping miles and really enjoying it. It made me think I should do something and Demelza is a cause really close to my heart as they looked after my friend’s child.

“Demelza is completely self-funded and so I want to do something for them and give something back.

“I got permission to do the marathon for them and at Betteshanger I explained what I wanted to do and they were 100% up for it and even let me park for free while I am there.

“I have a coach on YouTube and she said ‘be careful because you are 74 years old!’ but I have decided to give it a go with the fast skates. I’m taking my time with them and so far everything is going good.

“All I am trying to do is share the giving page and get people donating as much money as possible to Demelza for me to do the marathon.”

Former health and safety officer Ken, who also enjoys kayaking, bushcraft and diving, aims to do his marathon challenge on May 29.