The Thanet side was a nice blend of youth and experience and there was optimism despite the opposition playing in the higher Invicta League.

A good crowd watched the visitors kick off down the slope with the advantage of a stiff breeze at their backs. Penalties were swapped before the visitors’ big pack overpowered the home forwards near the Thanet line at a scrum to set a good attacking position and after ten minutes their team effort resulted in a touch down under the posts.

Five minutes later it was 10 – 0 to Darts after their big runners combined to power through the home defence for a second unconverted try. Wanderers regrouped and battled their way into the game with a fine flowing movement that started with full back Jimmy Robinson responding to the cries to open it and continued with fine handling along the line for winger Fran Gillespie to finish well. 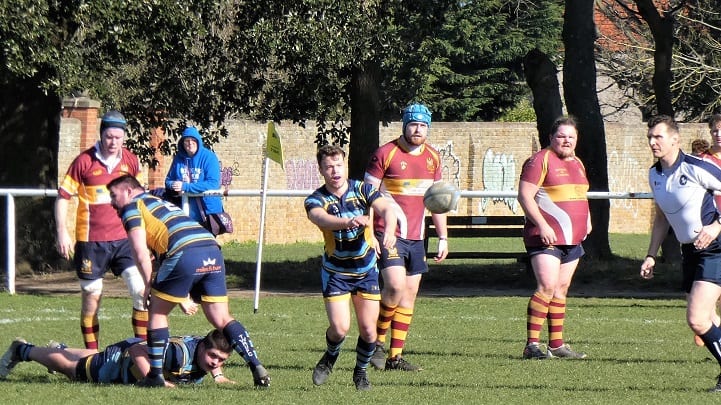 The conversion into the wind just fell short but Wanderers were on the board at 10-5.  As half-time neared, a penalty for a high tackle set a Darts line-out 10 metres from the home line. The resulting drive was well defended and finally the Thanet pack won the penalty that cleared the immediate danger and demonstrated how well they had come to terms with their opponents during the first half.

Wanderers started the second half confidently before conceding a penalty that gave Darts the chance to clear their lines. Harry Carter took a break with skipper James Langridge joining the re-organised back line. Two minutes later Kris Finneran went off to be replaced by Reagan Doody. Thanet fought hard to get over the line in the corner near the clubhouse but were repulsed by strong defence.

Thompson opted to take the points before uncharacteristically pulling the attempt left of the posts. Noah Dann had just been forced off after a fine senior debut that saw him effect six turnovers in the first half hour of the match. Finneran returned to join the pack whose rolling maul, from distance, was nearing the line only to be dragged down. 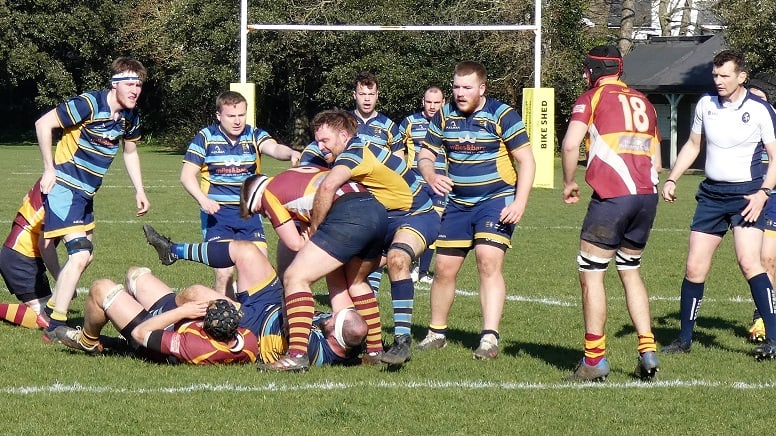 Referee, Steve Matthews had seen enough, and signalled the penalty try that took Wanderers into a 12-10 lead. A penalty for a high tackle, immediately after the restart, set a good platform for Dartfordians who built good pressure before going over wide right. The conversion failed but the visitors led 15-12 with twenty minutes still to be played. Jay Sanford retired, with team manager Michael Whitehead on as hooker.

Both teams went hard for the next score and Leon Doody distinguished himself with a series of fine tackles against much larger opponents. There were no further scores however and it is Dartfordians 2s who will contest the Kent Shield final against Colfeians this year. Good luck to them, they played a good part in an entertaining and sporting semi-final.

There were eye catching performances for Thanet from Michael Morris at tight-head and Lennie Brown at 8 but the coaches’ choice as Man of the Match was Will Craven who had an outstanding game at open-side in what looks likely to be his final match before he leaves to commence his army officer training at the RMA Sandhurst. Good luck Will. 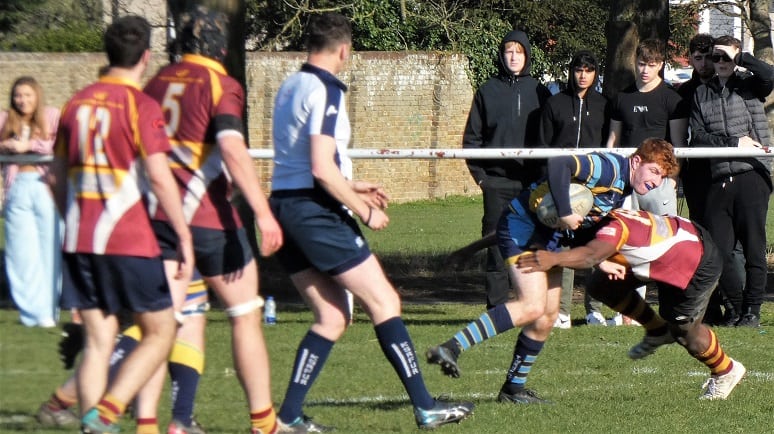 No game for the 2s this week, their final game is away at Dover on 2nd April.