It has been more than 80 years since the creation of Ramsgate’s lifesaving air raid tunnels system and today (March 22) some of the people who sheltered there as children gathered for a special reunion.

During World War Two the Tunnels provided sanctuary for many thousands of the town’s residents from bombing and shelling. It used the old 1863 mainline railway tunnel and a newly created horseshoe shaped tunnel running from the East Cliff to the West Cliff with entrances dotted throughout the town, so nobody was more than a four minute ‘brisk walk’ from shelter when the sirens sounded.

News of ‘Ramsgate Tunnels’ spread far and wide and soon magazines and national newspapers sent photographers and reporters to report on this remarkable feat of engineering, which had been spearheaded by Ramsgate’s Borough Engineer, R.D. Brimmel, and the Town Mayor A.B.C. Kempe.

The Daily Mail, published several excellent photographs, which have been very useful in recreating what it must have been like in the air raid tunnel and ‘Tunnel Town’ during the dark days of the 1940s.

Among those images was a  photograph of a mother putting her son to bed in the Tunnels with the bunk beds stretching into the distance. That little boy, at the time around three-years-old, was Ken Gower, now 83, with his mum Hilda Patricia.

Ken and family emigrated to Australia in 1968 to find a life away from the strikes that were hitting the UK at that time.

The dad-of-four and wife Lorraine live in a rural town just outside Melbourne but made the 10,435 mile trip to Ramsgate especially for the gathering.

Asked what he had felt as a child sheltering in the Tunnels, Ken said: “It was exciting and safe. I remember the sirens and then coming down here and going back up.

“Some memories are not really mine because mum used to tell us things so they are more her memories.

“We would come down the Tunnels and it was maybe two hours or two days before the all clear and we went back up. I don’t think we ever stayed longer than 3 days.

“Some people moved here permanently because they had lost their houses or they were too frightened to go back up but my mum was very strong.

“When we were down here she used to entertain people, singing and telling jokes, she was amazing.”

Ken, whose dad Lance Sgt Alfred Herbert Gower, a Paratrooper, lost his life in the war, said of returning to the Tunnels: “I feel a lot of satisfaction that I am still here to see it and excitement. I’ve done a lot of things in my life but this is the most exciting.”

For Lorraine it was her first visit to the UK and she said the reunion was “marvellous.” Ken’s daughter Pauline also attended. 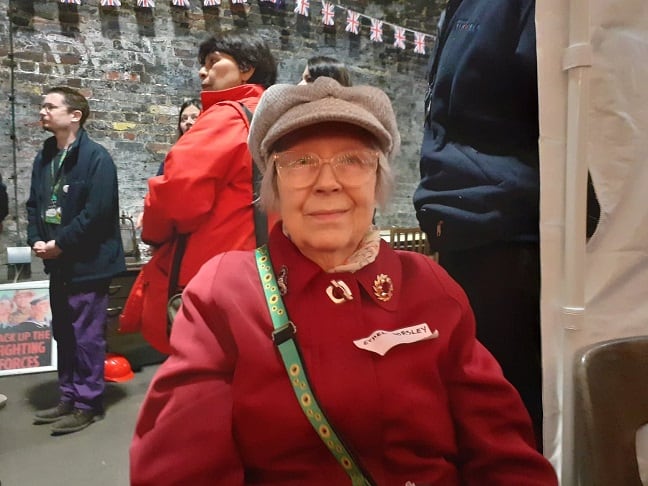 Ethel Horsley was around six-years-old when she stayed in the Tunnels. Her dad William was a warden in the shelter.

She said: “My dad had been in the First World War and was gassed and shot at. He couldn’t have an operation because of his lungs and they gave him 6 months to live when he left the Army in 1918. He met my mum, had three children and lived another 36 years.” 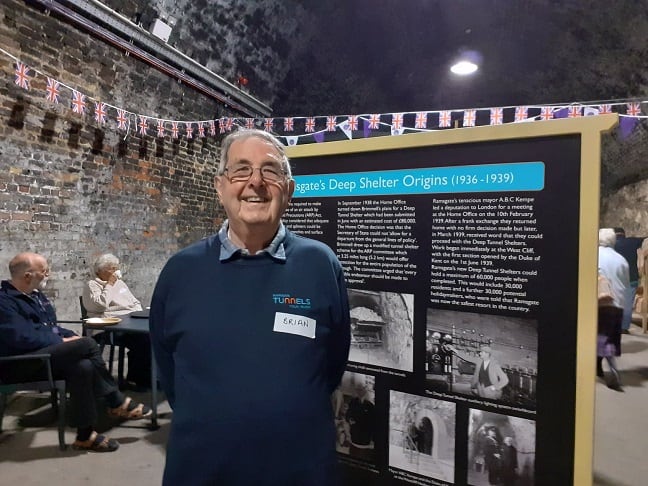 Brian Woodland, 85, is not only a ‘Tunnel Rat’ but also one of three original Ramsgate Tunnels volunteers, taking up the role when the Tunnels were opened to the public in 2014.

He said: “When the war broke out I was three. I was evacuated in 1940 to Welling Garden City. We stayed 5 months and then came back to Ramsgate in 1941, spending the rest of the war here.

“We lived in Sidney Road and the tunnel entrance was in Dumpton Park Drive. When the siren went off we would come out of the house and go to the  Dumpton Park Drive entrance. Sometimes the all clear would sound before we even got there. In the end Mum and Dad decided we would just go under the stairs!

“I remember coming down the steps at the entrance and seeing all the people that were living in the Tunnels although when the all clear went we always went back up to the surface.

“One of the things that used to scare me when we came down the entrance into the tunnel was a big black hole that was in the ceiling, I found out later that it was just a vent.”

Some 41 Tunnel Rat ‘children’ and their family members attended the reunion event where they could have a look around the Tunnels and also enjoyed a buffet laid on by the team.

Volunteer Max Streatfield said: “Some people would not come back before but have come for this event. Hopefully they will visit us ore often now and we can get their stories and pass  them on.” 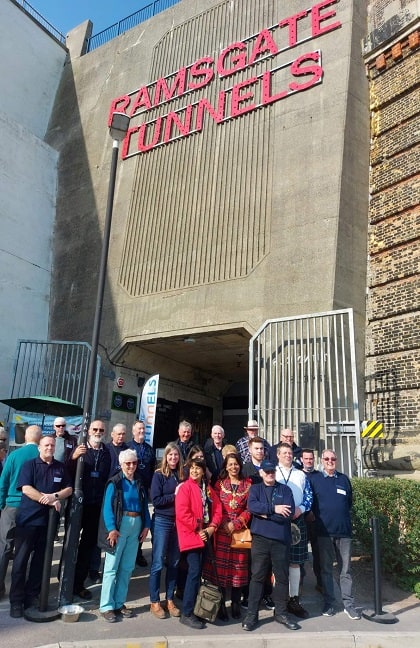 She said: “I would like to thank the organisers for inviting me to join the Ramsgate Tunnels Veterans’ Reunion. It was my great pleasure to also meet Ken Gower the “boy in the bunk” who had travelled all the way from his home in Australia to join the celebration. 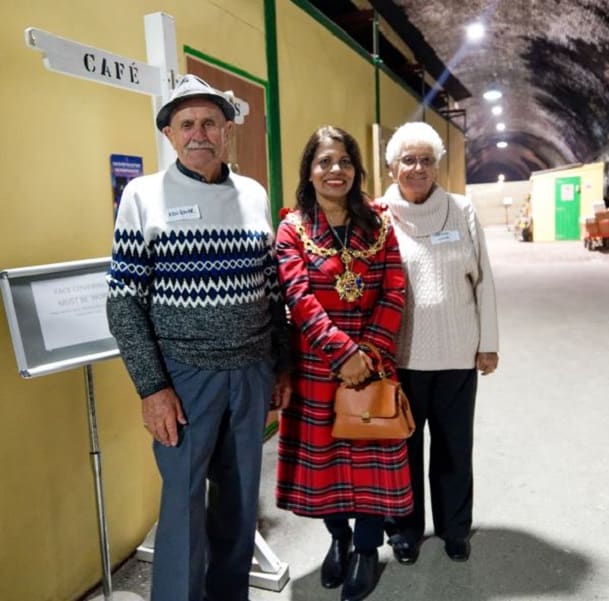 “I would like to say a massive thank you to all the volunteers who work so hard to keep the Tunnels open seven days a week. Well done, you all do a fantastic job.”

The Ramsgate Tunnels team is launching a Monday Club for its Tunnel Rats where they can come and get some VIP treatment, have a cuppa, take a tour and enjoy a chat.

A new venture is also due to be launched at Ramsgate Tunnels with an authentic overnight experience for youngsters visiting with organisations such as  Scout and Guiding groups.

Volunteer Steve Pankhurst is one of those involved with the project. The youngsters will stay in bunks in one of the tunnels, there are chemical toilets in two ‘blocks’ and they will gain an insight of what life was like in Tunnel Town.

“There are no hot drinks or sweets. They wake up in the morning and have a cereal breakfast and, if they are lucky, a cup of tea and then they have to clean up and leave the Tunnels spotless just like they did in the war.

“There are 26 beds and each has a number as in the war people would be assigned their bed.

“We had a pilot with 25 Scouts, girls and boys, and they loved it. We will have guides, one staying overnight, but the Scout/Cadet groups will take charge. We will also have tours, questionnaires, quizzes, lots of things to really get them involved.”

It is anticipated that the overnight experiences will begin running next month.

To find out more about the Ramsgate Tunnels go to http://ramsgatetunnels.org/