Cllr Game joined KCC vice chairman Gary Cooke, dignitaries, members of the community and Northdown Community Project CIC to plant the Hornbeam tree which was donated by a local resident who asked  to remain anonymous.

All those that attended were treated to refreshments afterwards by Northdown Community Project CIC.

A spokesman for Northdown Community Project said: ‘Its absolutely fantastic that we can join in the celebration of the Queen’s Platinum Jubilee in this way.

“The tree will hopefully flourish in its new home and provide pleasure for wildlife and generations to come.

“Special thanks to local gardener Andy Russell for planting and supporting the tree.” 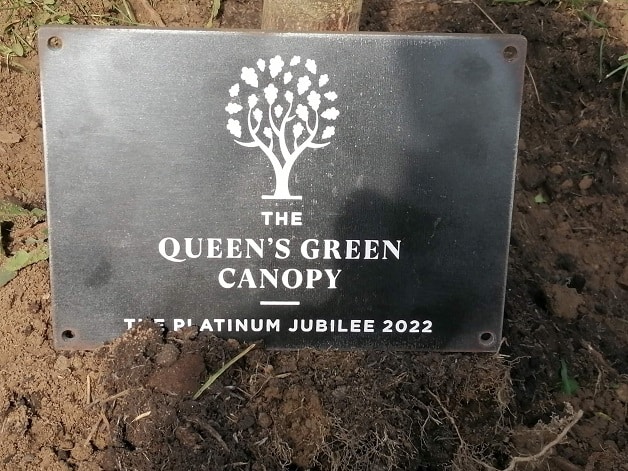 The tree is the latest addition to the green space on Summerfield Road following the installation of benches which were made entirely of recycled tyres. Further improvements are planned in the future to make it a space for the community to use.

Cllr Game said: “It was a pleasure to join with Northdown CIC in the planting of this tree, the first of many being planted to mark the Queen’s Platinum Jubilee.  My thanks to all those involved in making this happen.”

A Green Canopy planting project is also being held by Thanet council at Jackey Bakers Rec in Ramsgate today (March 16) and by the Thanet Urban Forest team at King George VI Park in Ramsgate on Saturday.

The Queen’s Green Canopy (QGC) project is a tree planting initiative created to mark Her Majesty’s Platinum Jubilee in 2022 and invites people from across the United Kingdom to “Plant a Tree for the Jubilee”.

Trees will be planted during the official planting season between October to March. Tree planting will commence again in October 2022, through to the end of the Jubilee year.

As well as inviting the planting of new trees, The Queen’s Green Canopy will dedicate a network of 70 Ancient Woodlands across the United Kingdom and identify 70 Ancient Trees to celebrate Her Majesty’s 70 years of service.