A fundraising appeal has been launched to help a young Ramsgate man who is facing his second battle for life in less than four years.

Reece Flannigan, who celebrates his 21st birthday next week, has been diagnosed with rare Ewing Sarcoma cancer which affects bones or the tissue around bones.

He is undergoing chemotherapy but needs to return to London for radiotherapy on March 23 – two days after his 21st birthday.

His mum Sharon has launched the fundraiser to help him with expenses for the five weeks of his treatment.

Last year Reece started suffering pain in his back which became increasingly intense. He was initially told the cause was muscular and then, following a call to ambulance service on September 29, medics thought he was having a panic attack.

But the following day Reece was in so much pain that an ambulance was again called out and after a second call from Sharon he was taken to QEQM Hospital. By this time the Man United fan had lost movement in his legs.

Due to covid restrictions Sharon could not go with her son but was allowed to see him with her daughter the next day.

She said: “When we arrived Reece was having a full body scan. He was being wheeled back and was all smiles so I thought it’s not as bad as I thought.

“The doctors came over straight away and pulled the curtain. They said they had looked at the scan and there wasn’t any long term damage to the bottom of his back. But then the doctor said they had found a tumour on Reece’s spine.

“We all started crying, it was horrible. I was a total mess but Reece said ‘it’s ok mum, I’ll be ok.’ I could not believe how brave he was being.”

Reece was taken to King’s College Hospital in London for an emergency operation to relieve the pressure on his spine which had been causing the paralysis in his legs. Five days later he received the news that he had bone cancer. 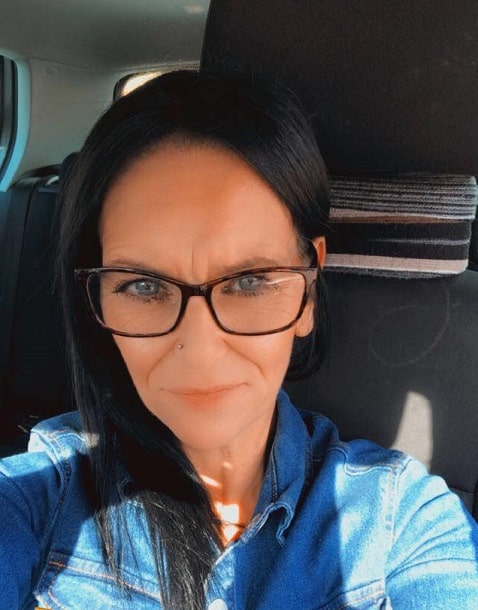 Sharon (pictured above) said: “Reece stayed at King’s for two weeks then got transferred to London University College Hospital where he stayed for three weeks. He is determined to walk again and he’s getting there, my boy is smashing it and I couldn’t be prouder of him.”

Reece is due to finish chemo treatment and then start radiotherapy but needs to stay in London for five weeks to attend those sessions. He currently still has the wheelchair but is working hard to walk again.

Sharon said: “This is going to very hard for him so I am asking for help to donate anything at all to help Reece with living expenses while he is away.”

For Reece this is his second big battle for life. In June 2018 he nearly died after being hit by a car in South Eastern Road.

He was airlifted to King’s College Hospital and was in a coma for a week. He suffered an open fracture to his leg and eventually had to have a metal rod inserted. There was also significant bruising to his head.

Sharon said: “He made a full recovery but has now been hit with this, my poor boy. But he does me proud every day. Reece is 21 on March 21 and I wish I could give him the world. He is always smiling and never depressed. He is my inspiration”

To donate find the fundraising page for Reece by clicking here