UK Power Networks has apologised to traders in Margate’s The Parade, King Street and harbour arm after outages over successive weeks.

Businesses including Kings Emporium and Charlies bar and grill have been hit with power loss every Saturday over the last five weeks, with some traders experiencing issues for up to nine weeks.

Penny Wells, who has run Kings Emporium for nine years, has resorted to buying floodlights so that she can continue trading when the shop is plunged into darkness.

She has now made a formal complaint to UK Power Networks over the repeated outages.

“When the shop is in darkness obviously customers are reluctant to come in and there are health and safety worries. I bought camping lights and then I bought a rechargeable floodlight, which was expensive, but at least I can cope with these if the power goes again.

“I have had to split the shifts as it is freezing without the power and too much to be here in the cold for a whole day. Luckily, I can still stay open but the cafes and coffee bars have to shut, on the Sunday Charlies had 50 in for roast dinner and had to close.

“It is always at the weekend, peak time, so I would think it is overloading the circuit.”

UK Power Networks say the fault has now been repaired.

Penny said: “Hopefully they have fixed it as we are heading towards our busy time of the year.” 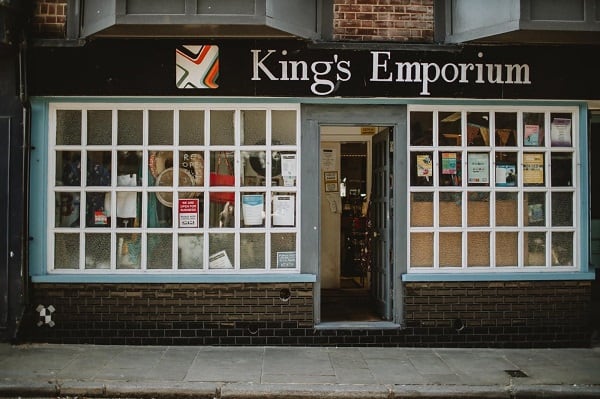 A UK Power Networks spokesperson said: “We apologise to customers in The Parade and King Street areas of Margate for the recent interruptions to their power supply. We understand how difficult it is to be without power.

“The interruptions have been caused by a fault on an underground cable which was located, excavated and repaired on Tuesday (March 8). We have some final work to complete to reinstate our excavation.”

The power company confirmed business losses would not be covered by the firm, instead saying owners would need to claim through their business insurance.

They added: “We are sorry for any business losses incurred but, in common with all other UK electricity distribution companies, this is always a matter for the customer’s own business insurance. If they decide to make a claim our customer services team would be able to provide the customer with written confirmation of the power cut to give to their insurance company.”

Margate ward councillor Rob Yates said he has liaised with businesses and will take action if the issue proves not to have been fixed.

He added: “”I’m aware that businesses on the Margate harbour arm and around King Street are having power cuts. From conversations with Power Network employees this seems to be due to old power cables that overload when all businesses draw power at the same time at weekends.

“Rather than fix the cable, I believe Power Networks has just been replacing the fuses. This is not a long-term solution. I hope the problem will be resolved quickly as businesses in Margate have been forced to close at their busiest times and it’s happened for a few weekends now.”