A teenage racing driver from Margate is looking ahead to a second year of competing on track at prime locations across the UK.

Chatham and Clarendon sixth former Harvey Dent will race in a Citroen Saxo in the  Junior Saloon Car Championship with  Westbourne MotorSport starting on March 26/27 at Silverstone International track and running through to November 12/13 at Brands Hatch.

The 16-year-old has already had a taster of the championships by competing in the second half of the event last year after joining Westbourne Motorsport driver development program in May of 2021.

Harvey took part in the JSCC Scholarship in April 2021 being tested on his fitness, media skills and driving ability.

He was selected as one of the final four drivers out of 40 and narrowly missed out on the scholarship prize.

Westbourne noticed Harvey’s potential and decided to bring him onto the team for the last five rounds of the season.

Harvey has been consistently battling for overall top 10 results and rookie podiums, with his best results being an 8th in Race 1 at Silverstone national circuit and a 9th in Race 2 at Pembrey circuit. 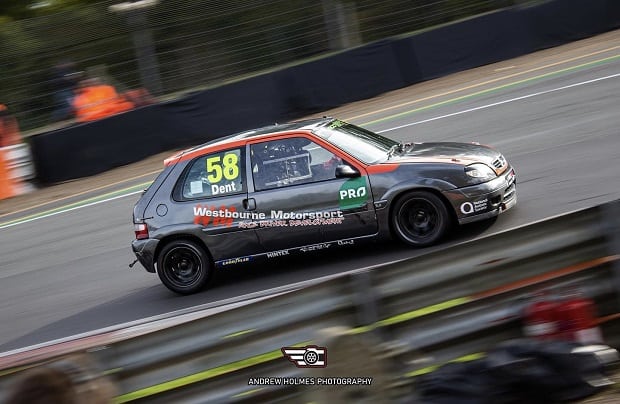 Harvey, who is also a RNLI beach lifeguard working on isle beaches in the Summer, said: “2021 was a year of learning for me, with the knowledge that I’d be racing again in 2022, I knew I needed to learn as much as possible last year so that I could attack for the championship this year.”

“Throughout the season I showed that I had the pace for the top 10 and we were even able to show these results at most of the tracks.

“2021 was a successful year learning how to drive the front wheel drive Citroen Saxo for the first time, I had some great battles with the best junior drivers in the UK and with the help of Westbourne motorsport and Ed Pead, I was able to extract the most out of my driving.”

Harvey’s love of cars started when he was small and was prompted by his dad’s enthusiasm for buying, selling and repairing vehicles.

He said: “When I was growing up my dad was into cars and we would work on them together and would travel around Kent just looking for nice cars.

“One day we were in Sittingbourne and dad remembered there was a go kart track there. I was about 12 and we got the information from the track owner about race days and I got into that.”

Initially Harvey would take part in arrive and drive days at Bayford Meadows just for fun but after seeing his progress he was invited to race in the Graduates Championship, which he won in his first and second years with 50% of the wins and a worst finishing position of second.  He also competed in one-off rounds in the Club 100 Young Driver Championship with his best results being 6th at Rye House Circuit in 2020. 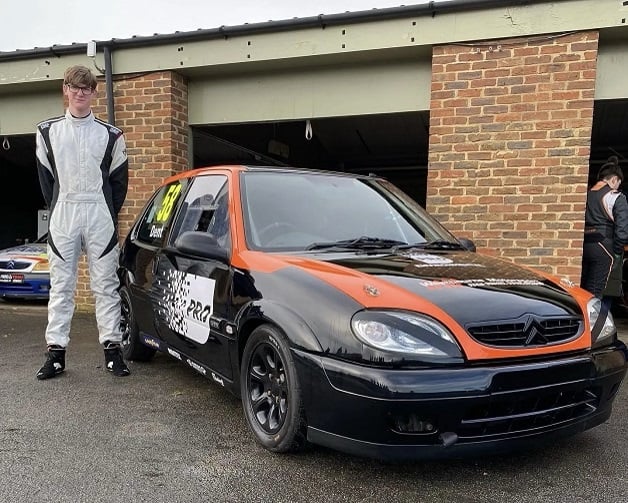 Harvey said: “Covid meant it all stopped until the scholarship last April. That saw 40 drivers whittled down to four, including me. I didn’t win but Westbourne saw the three of us that didn’t win had potential and invited us to compete with them.”

This year Harvey will again be competing in the Junior Saloon Car Championship and is hoping to progress even further and bring back some silver wear for the team.

He said:  “2022 is going to be a tough challenge, facing the most competitive junior racing grid in the UK. However, the aim is still the same and it’s to consistently get the best possible results I can at each race, with the goal of race wins and being a championship contender.

“Right now, my focus is on school and preparing for the 2022 season, but after next season I will have to make the step up to bigger and better things, hopefully bringing us closer to the end goal of touring cars.”

Harvey currently receives sponsorship from Medway based company Pro environmental Ltd but would be very appreciative of possible further sponsors.

Anyone who would like to help support Harvey can contact him via email Harveydentracing@gmail.com or phone 07891 709631 for more information.