This year for World Book Day, the children of St Laurence-in-Thanet Junior Academy, Ramsgate, enjoyed a day of dressing up as their favourite book characters once again after joining in virtually last year.

There were Dahl characters, Cats in Hats, wonderful animal creatures and, of course, a plethora of Harry Potters! 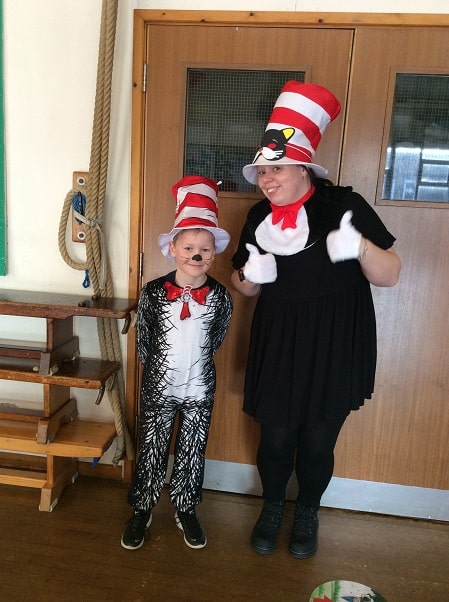 In the morning, each class had the chance to draw their favourite book character on a giant graffiti wall in the hall to see how illustrators work. They then took part in a “Shelfie” competition where they had to work out the owner of different book shelves – could they use the carefully placed clues to work out which teacher owned which book shelf? Amazingly, two classes guessed all eight shelves correctly. 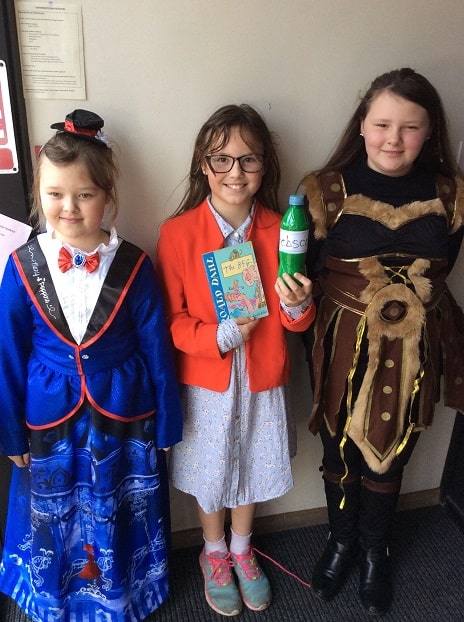 Over the course of the day, children carried out activities based around David Wiesner’s picture book Tuesday. After delving into the illustrations for clues to what was going on, they joined in with a range of tasks such as creating their own TV reports on the strange phenomenon of a frog invasion and creating their own storyboards inspired by the story (eagle-eyed pupils had noticed the mysterious appearance of frog pictures around the school the week before). 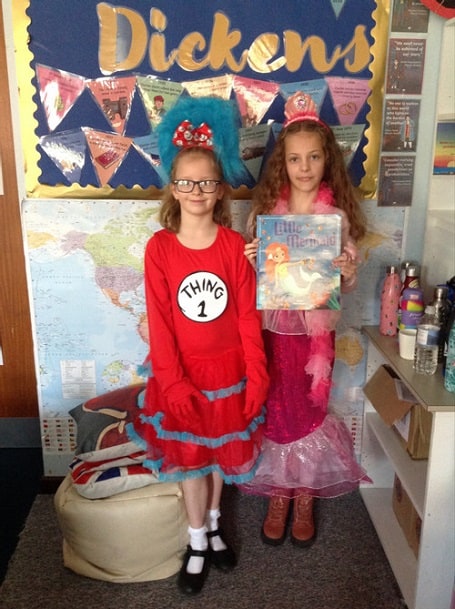 Dr Goldsmith, English Lead, said: “There was a buzz around school all day, and the children were so excited to be taking part in the familiar event after missing out on celebrating it in person last year.

“Although we carry out reading for pleasure events throughout the school year, World Book Day is always one that we especially look forward to. Teachers love the enthusiasm that children bring to the event.”