As March temperatures rise and spring finally arrives, our pond returns to life as the frogs reappear in the water after hibernation to mate and spawn. It’s a busy and noisy time, with males competing over fewer females and croaking loudly to attract them.

The adults will gradually move away again once they’ve mated, whilst the tadpoles hatch. By late summer, they will lose their tails, grow legs and hop off around the garden as well, where they play a useful role by eating slugs, snails and beetles that might otherwise be a nuisance in the vegetable patch! 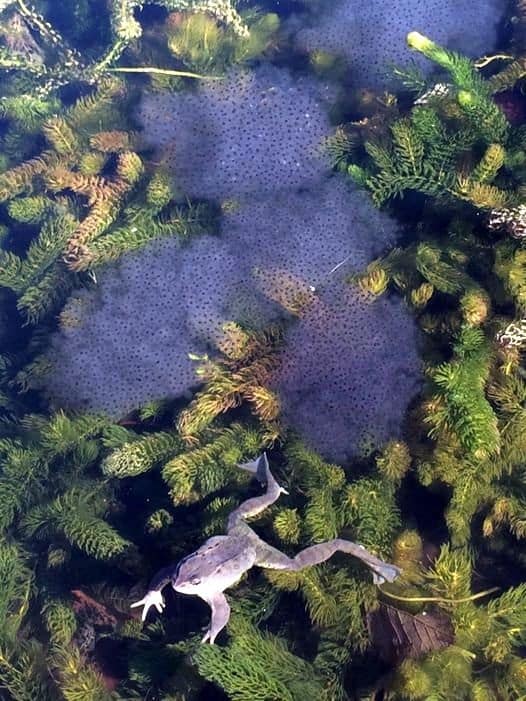 Greater sunshine also encourages more bulbs to push up through the soil and come into flower, such as crocuses, irises, and muscari. This year we’ve experimented by mounting troughs of mixed golden daffodils around the metal railings at the centre of the garden. Combined with the evermore joyful birdsong of spring and the fresh fragrance of the now increasingly mown grass, they promise to help make the garden an early feast for our senses.

Meanwhile, besides finishing off pruning and deadheading shrubs and perennials, there is plenty of digging and mulching to be done, as the vegetable beds are prepared for sowing and planting. More seeds can be sown, such as cucumbers and lettuce indoors, and broad beans, Brussels sprouts and peas outdoors. Last year, we successfully started our peas off in lengths of guttering under cover in the polytunnel. Then, once they had got going, we let them gently slide off into their outdoor planting positions, beside a row of supportive hazel sticks. 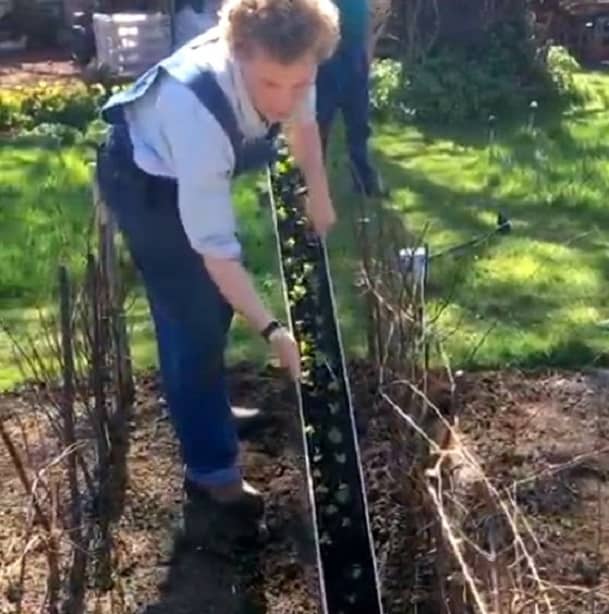 It’s also time to harvest and enjoy any sprouting broccoli and Swiss chard that has overwintered. If you have some, make the most of the first forced, pink rhubarb stems in a delicious crumble. 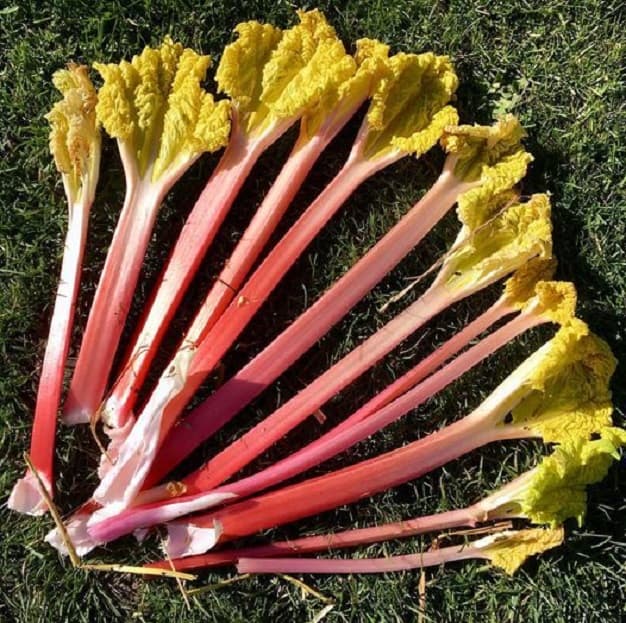 Or treat yourself to some other concoction, such as the flavoured gin that the Little Swift Bar in Margate successfully made with some of ours last year!