It was all Greek to children at Ramsgate Arts Primary as they journeyed into the world of the ancient civilisation.

An inspirational day celebrating the history, heritage and culture of Ancient Greece enthralled girls and boys from Year 5.

The aim was to encourage them to explore the ways that families, traders, soldiers, and nobility lived in what was one of the most exciting and developing civilisations the expanding world had known. 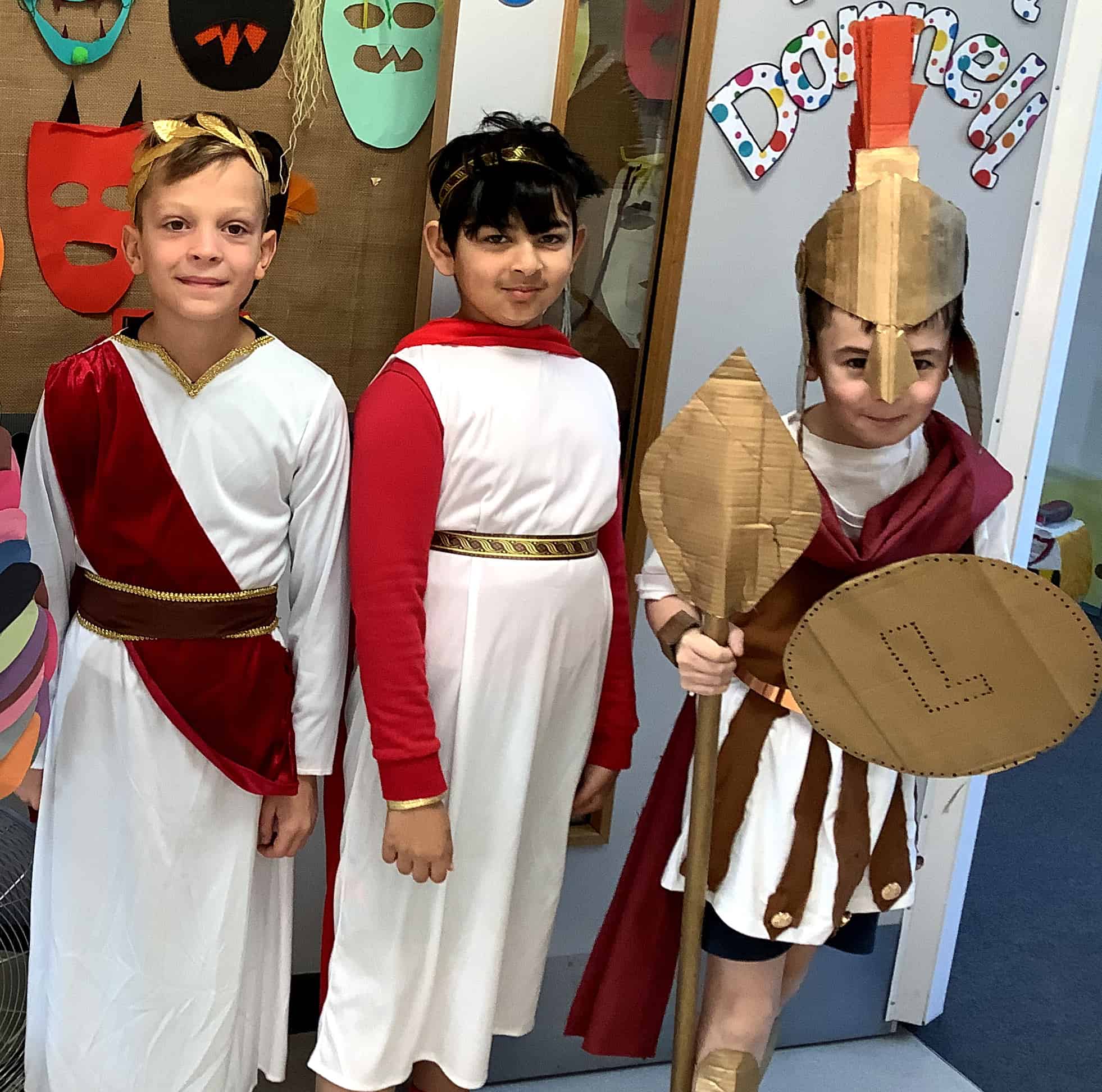 Pupils were invited to dress up in the style of the period and there were a range of colourful and thoughtful outfits and accessories on show as the day of fun learning unfolded. 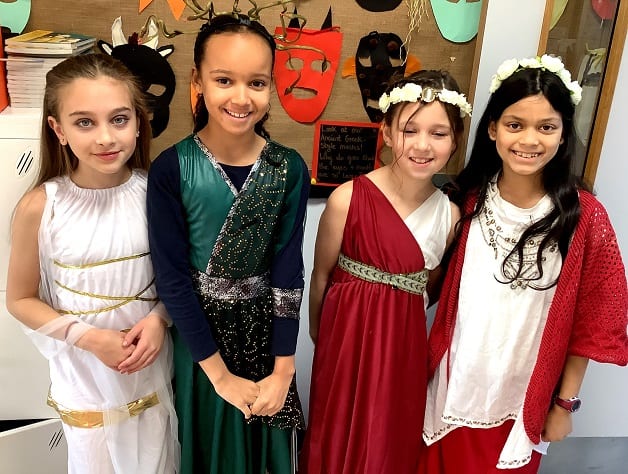 A range of activities began with solving the puzzle of a broken Greek vase which children had to put back together. 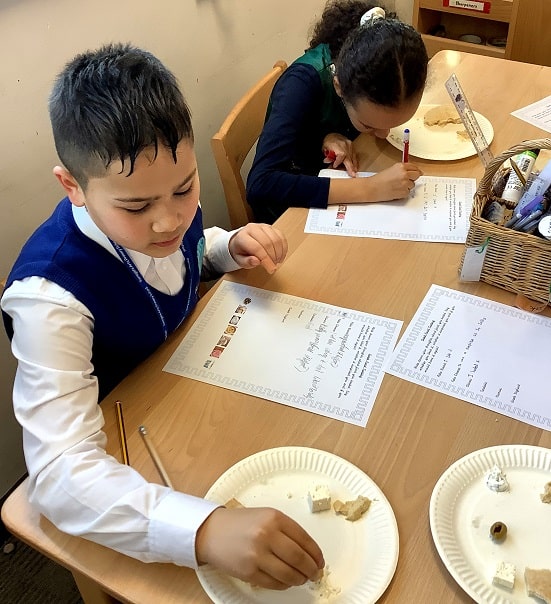 Next was a workshop to explore music and movement as traditional Greek dancing was enthusiastically tried out, with youngsters learning the moves to the centuries-old Zorba dance.

In a drama session the children were transported to a Greek marketplace or ‘agora’ where they became buyers and sellers, haggling and discussing a variety of goods. 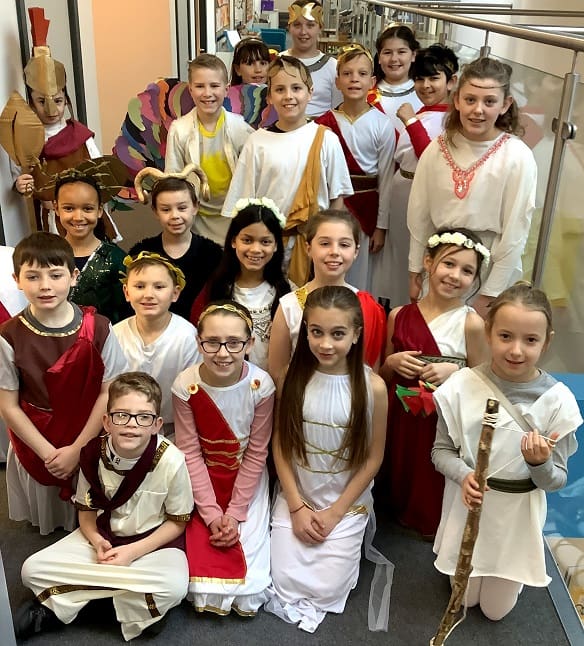 Next they assumed the personas of competitors preparing and competing in the Olympic Games, discussing a variety of sports that would be contested. 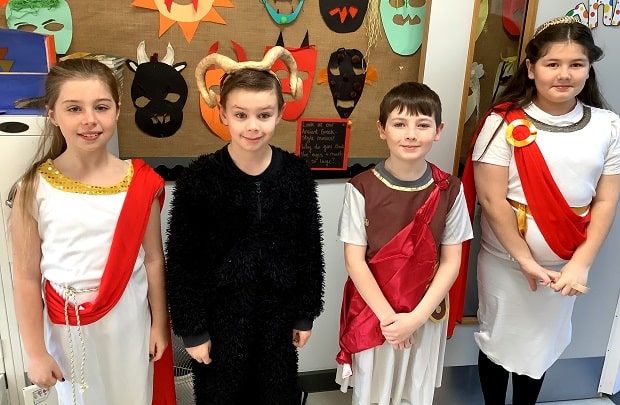 The children also delved into folklore and created freeze-frame cameos of well-known legends from Ancient Greece.

Next up was taste-testing Greek foods and pupils tucked into a range of treats olives, feta, pitta, tzatziki and humus.

The final experiences of the action-packed day was making wreaths and learning Greek writing. 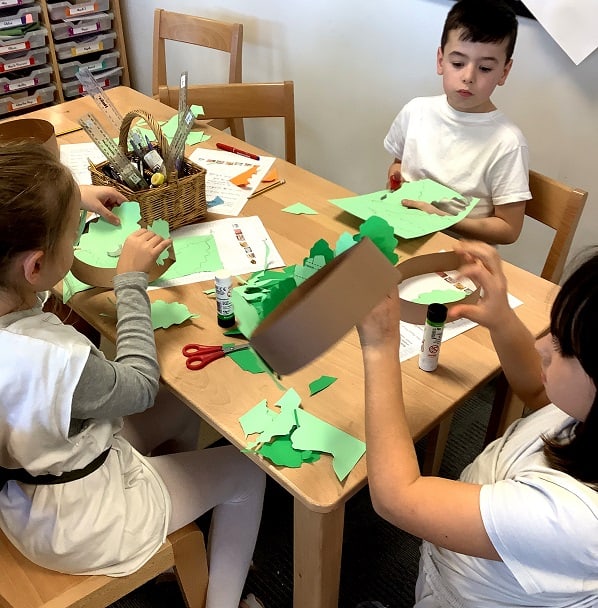 Year 5 teacher Hannah Dannell said: “We all enjoyed a great day learning as much as we could about such an important ancient civilisation.

“The children were really enthusiastic about the various aspects of the day and it was a strong creative learning experience.”