Campaigners from across Kent gathered outside Margate’s QEQM hospital yesterday (February 26) to call for emergency action to save lives.

The protest was called by Save Our NHS In Kent (SONIK) as part of a national day of action.

The campaigners called on the government to:

—provide emergency funding to the NHS of £20 billion to save lives this winter,
—invest in a fully publicly owned NHS and guarantee free healthcare for future generations,
—and pay staff properly.

The demonstration was greeted by a stream of passing cars beeping their approval. 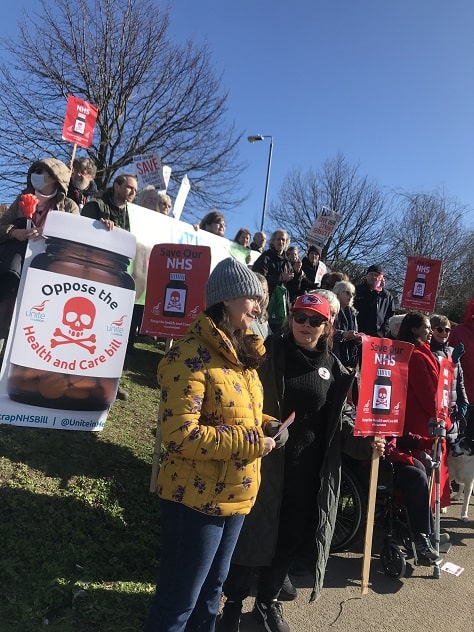 SONIK campaigner Candy Gregory, said: “This protest marks a new chapter in our campaign to save the NHS. Without fair pay, staff shortages will cost lives. If privatisation continues many will find using the NHS increasingly unaffordable.”

The concerns of privatisation stem from the government’s Health and Care Bill . The Bill proposes changes to NHS rules and structures in England and the government wants the changes to be in place by April 2022.

Government says the purpose of the Bill is to establish a legislative framework that supports collaboration between the NHS, local authorities and care providers rather than competition. The Bill also contains new powers for the Secretary of State over the health and care system, and targeted changes to public health, social care, and quality and safety matters. 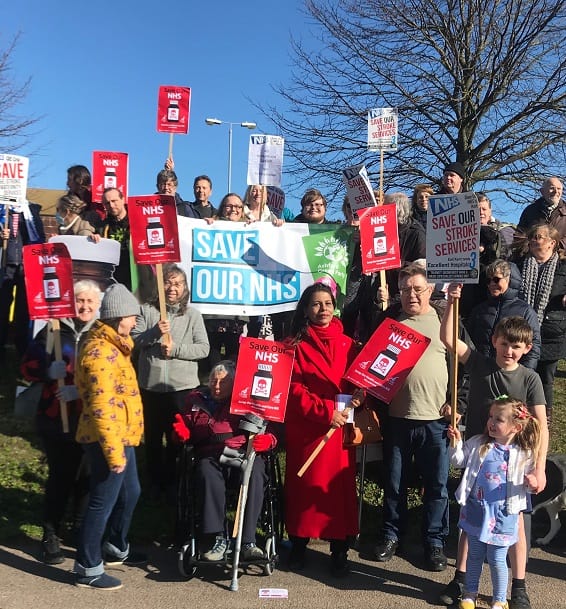 The Bill will mean each part of England has an Integrated Care Board and an Integrated Care Partnership responsible for bringing together local NHS and local government, such as social care, mental health services and public health advice.

The Bill proposes development of a new procurement regime for the NHS and public health procurement, reducing competitive tendering – this is the area which has raised concerns about an increase in the number of contracts awarded to private providers, with campaigners saying it will lead to a gradual privatisation of the NHS. 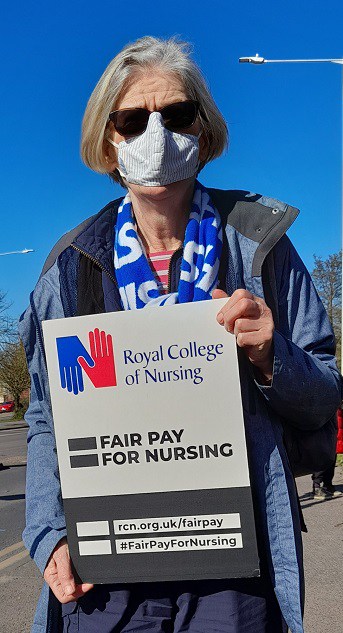 Candy, who is also an independent councillor at Thanet council, added: “We are going to fight and fight again to warn people about what’s going on. We can’t let our NHS become a cash cow for the government’s cronies such as we have seen during the pandemic. We have to fight for a new, better, stronger NHS. It’s worth fighting for!”