A funeral service for former Margate mayor, charity fundraiser and great-grandad Paul Brownlee will be held next month.

Paul, an independent councillor for Thanet for 12 years and Margate mayor between 1991-92, passed away on January 15 aged 86.

Paul was born in Bethnal Green in October 1935 and came to Margate with mum Maisie when he was a toddler. He was evacuated twice during the Second World War, first to south Wales and then to Cannock Chase in Birmingham.

Paul went on to serve in the RAF for 16 years in aerial photographic intelligence. He served in Germany, Cyprus and at the Christmas Island when the H bomb was tested.

Wife of 40 years Vivienne said: “He remembered seeing the soldiers from Dunkirk being landed in Margate and often talked about it.

“When he was evacuated to Cannock Chase he stayed with a family called Lewis and they were the owners of the Lewis department stores. He said he had a chauffeur who pick him up and the family had a downstairs maid.

“He also used to talk about the mushroom cloud from the H bomb test.”

After leaving the RAF Paul and first wife Barbara and their children came back to Margate.

Paul worked as a driver for Bowketts bakery for 12 years. He earned a social welfare degree and went on to work as a child care officer at Laleham Gap School teaching youngsters life skills until his retirement.

Paul served as a councillor  and became involved in fundraising for Mencap and other charities including Thanet Mind, Scope and air, army and naval cadets. He was also on the committee for  Age Concern and the Social Education Centre for special needs which was attended by step-son Glen..

Paul and Barbara split amicably and both remarried with Paul and Vivienne getting wed in 1982 and her two boys and one daughter joining his family of seven children, three daughters and four sons. 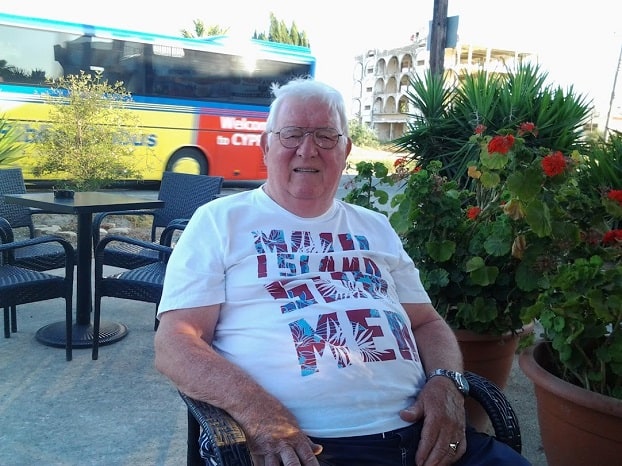 Vivienne said: “The family get togethers were something to behold! Everyone got on so well and it was lovely. Paul had a unique relationship with each of them and he was dearly loved and respected by all.

“He was a wonderful father to my eldest son Glen who has Downs Syndrome. Paul loved to travel, going all over the world in the RAF, and then we travelled and Glen would always come with us.

“Paul loved people and would keep family and friends entertained with his stories. The door was always open and anyone who came would get a genuine welcome, anyone with problems Paul would help, he’d sit and listen and give advice.

“He was a wonderful husband, father, grandfather and great-grandfather.

“He was a really great man, larger than life and he is going to be sorely missed by us all.”

Paul’s funeral will be held on February 22, 2.30pm, at Thanet crematorium. Family flowers only but charity donations can be made to Gore Brothers, 56-60 Thanet Road, Margate.