A hugely colourful dad, grandad, great-grandad and Thanet shop owner has died from covid in Thailand.

Dan O’Leary -known to many as Desperate Dan -had travelled to the country at the end of December on a mission to reopen his dog sanctuary in Pattaya.

The 81-year-old had also made plans to highlight the 14th anniversary in March of his son David’s murder in Lydden, Margate, for which no-one has been charged.

Born in Ireland and brought up in Paddington, London, Dan moved to the isle a little over 40 years ago and most recently was living in Margate. He had a second-hand shop, originally in Ramsgate but them moving to Northdown Road in Cliftonville, which was emblazoned with posters over the years as he campaigned for the arrest of David’s killer, He recently had the shop painted bright pink as he started on a new venture inspired by boxer Tyson Fury to raise awareness of bi-polar. 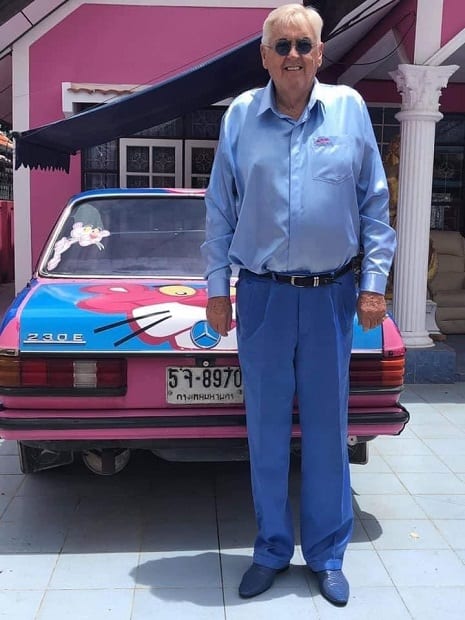 Last year Dan, also dad to sons Simon and Jason and daughter Christine, spoke of being diagnosed with Post Traumatic Stress Disorder and of living with bi-polar but said this had spurred him on and led him to get in touch with Tyson Fury, who also has the condition.

Dan had been planning to expand his new bi polar project, aimed at helping others living with the condition, with a new base in Margate High Street with help from his long-time friend Richard Hilton and another in Thailand.

Christine said her dad lived life to the fullest and his legacy will continue. 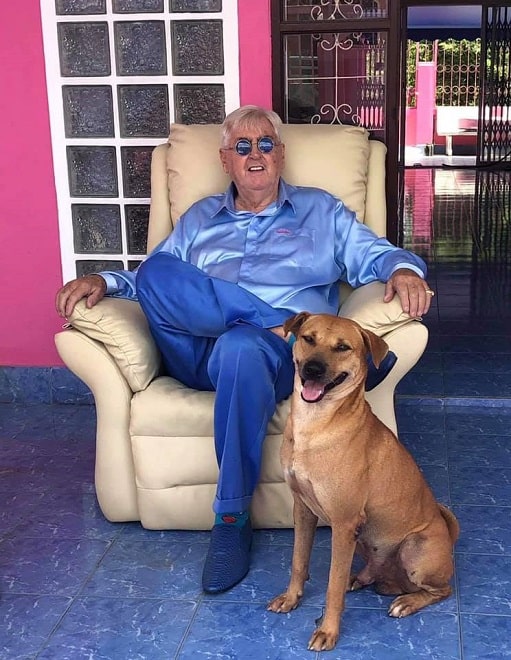 She said: “Dad wanted to let people know how he was on a mission to save the homeless dogs and open a dog sanctuary in Thailand.

“Then he wanted to link it with David’s death on March 1 as it would be 14th year anniversary.

“He is loved by many. Dad’s soul will never ever die, the soul lives forever. Wherever I go, his spirit will always be my side. I will continue to be strong for him.

“He showed people that anything is possible, age never mattered to him, he was always a man on mission and lived life to the fullest. The legacy won’t be forgotten and will continue to rise up.

“He was on a mission to rescue the homeless dogs and open the dog sanctuary. With what happened to him in the past, with the murder investigation, going to Thailand was his happy place.

“Dad was street educated from an early age. Nothing was impossible to him. Anyone who needed help, he would help them.

“He was an extraordinary character that you won’t ever find again. He will never be forgotten.”