The Pendulum, which has capacity for 16 people at a time, opened at Dreamland in 2019 and one of nine new rides. The 8-tonne ride was dismantled ready for its trip by Thanet Crane Hire.

The firm said on social media: “We were happy to help with the dismantling of this ride ready for its new home, with two of our 40t cranes working in tandem.”

According to Pleasure Beach bosses the Pendulum was one of six rides that were up for sale. 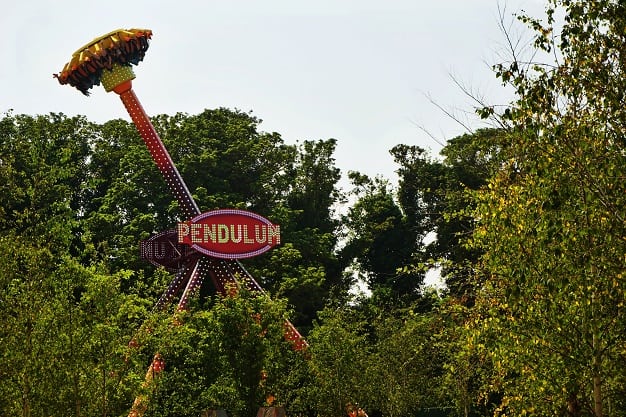 Rides made by Zamperla and installed at the Margate amusement park in 2018 were advertised on specialist website Interlink.

Among the rides was the Endeavour – named Dreamcatcher following a public competition- which had more than 2,900 entries.  Also listed as available was the Zamperla Jumping Star.

Other rides sold are understood to be the Air Race, Up Up and Away and Soaring Seagulls,

Previously confirmed as sold last year was the Zamperla Twister Coaster (Pinball X)  which was relocated to Flamingo Park in Hastings.

Since reopening in May last year, following closures due to the pandemic, Dreamland has concentrated on live music events with big names such as UB40 featuring Ali Campbell & Astro, Billy Ocean, The Specials and Kaiser Chiefs.

Park bosses have previously said that rides including the Scenic Railway will return to operation as usual this year.

Last month a Dreamland spokesperson said: “Through the winter months we are carrying out essential maintenance works across the park and reviewing our ride line up for our reopening in 2022.

The ride will be housed next to the Bonanza ride, opposite the Scenic Railway 🎢

Planning for 2022 also includes some large-scale performance with The Beat, Craig David, Paul Weller, Sister Sledge and others booked in.