Bob Dylan fans are invited to a trip down memory lane at Theatre Royal Margate on Friday February 4 for The Bob Dylan Story.

“Bob” and “The Band” capture classics including Like A Rolling Stone, Blowin’ In The Wind, Knocking On Heaven’s Door and Subterranean Homesick Blues in this affectionate trawl through the best of Bob’s impressive back catalogue.

With a story arc that begins with JFK’s inauguration and returns full circle to his 1963 assassination, the show uses evocative visuals and fascinating anecdotes to plant 1960s-era Dylan back on stage for one evening. 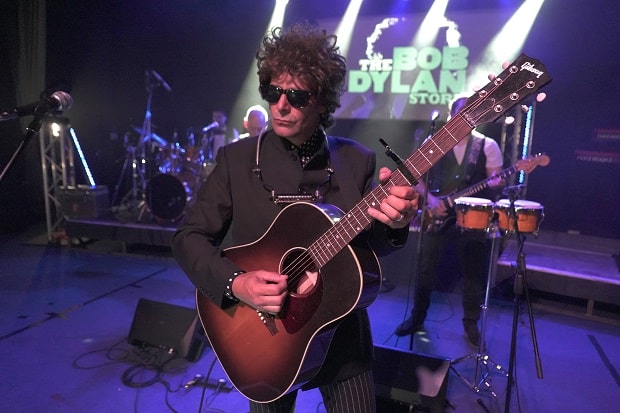 Lauded by critics and fans as “superb”, “inspiring and moving” and “heartbreakingly fabulous” The Bob Dylan Story is fronted and produced by Dylan fan Bill Lennon, whose other touring credits include Keef Rickard in The Counterfeit Stones and James Taylor in You’ve Got A Friend: The Music of James Taylor & Carole King.

“It’s an evening of good old-fashioned nostalgia,” he said. “We really do transport our audience back to a time when Bob reigned supreme, with all his greatest hits and the stories behind them.

“And just like Dylan’s famous Mr Tambourine Man, we can’t wait to play these classic songs for the good people of Margate the way they remember hearing them first time round.”

The Bob Dylan Story is appearing at Theatre Royal Margate on Friday, February 4 at 7.30pm. Tickets are available at www.margate-live.com or from the box office on 03333 660 661 Option 4.