A gaming room and a feature length film will be part of the first major solo exhibition by British-Ghanaian artist Larry Achiampong at Turner Contemporary this Spring.

The Wayfinder exhibition, which will also tour to MK Gallery, Milton Keynes and BALTIC, Newcastle, will include the newly commissioned film WayFinder, which follows a young girl’s journey across England.

Achiampong has also curated a display of paintings by JMW Turner and collaborated with Turner Contemporary to create a gaming room.

WayFinder is Achiampong’s most ambitious film to date. Set in a pandemic, it follows the Wanderer, a young girl played by Perside Rodrigues, on an intrepid journey across England. Travelling from North to South, she passes through different regions, towns and landscapes, encountering people, stories and situations on her way. Across six chapters, including ‘The North’, ‘The Big Smoke’ and ‘The Kingdom of the East’, the film looks at class and economic exclusion, belonging and displacement, cultural heritage and the meaning of home. 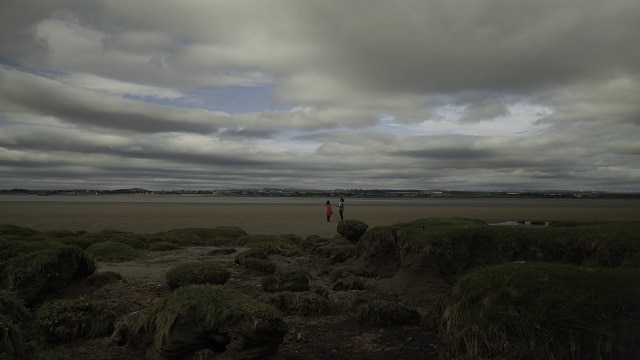 Setting out from Hadrian’s Wall, she explores places from a housing estate in Wolverhampton to E. Pellicci Café in Bethnal Green, and the National Gallery deserted at night, until eventually reaching the sea at Margate.

WayFinder draws on British traditions of travel and exploration to reflect on division and crisis, the history of empire and inequality and asks who is allowed to feel that they belong.

The film has poetic voice-over narratives, real ‘vox pop’ testimonies, field recordings and an original orchestral score composed by Achiampong. It features the former athlete Anita Neil, who was the first female Black British Olympian, actor and musician Mataio Austen Dean and voice-overs by Ma Toshie and Russell Tovey among others.

WayFinder will be shown inside an installation of a giant map of the UK divided up into parts. Inspired by the floating UK weather map on This Morning, the map can be sat on and explored by visitors.

The exhibition will also include the largest UK presentation of Achiampong’s Relic Traveller project.

An installation will incorporate all five Relic films and explore colonialism, capitalism and globalisation.

Other works in film, sound and collage will also be included, such as Achiampong’s Glyth collages where the faces of each black person in family photos have been replaced with cubist-like circles and red lips  as a reference to experiences of racism growing up in East London, the Robertson’s Golliwog mascot still in circulation until 2002, and the Guy Fawkes mask from Alan Moore’s comic V For Vendetta.

Alongside his exhibition Achiampong has curated a display of paintings by JMW Turner. He has selected a group of oil paintings, watercolours, engravings and sketchbooks, predominantly from Turner’s British tours and including locations which feature in WayFinder.

As part of the exhibition, Turner Contemporary will be showcasing many of the video games that have influenced Achiampong’s work, examples include; Ico, Journey, Inside, Legend of Zelda and Ori and the Blind Forest. The Gaming Room will include playable consoles, a workshop area, a stage for talks and game soundtracks. The space will be free to access.

Working with BAFTA Young Game Designers, The Prince’s Trust and Into Games, the gallery will offer game design workshops and talks for families and schools

Larry Achiampong said: “This project feels like a poignant moment for me, not just professionally and as a maker of films, but also personally. It has felt very important and necessary, especially at this point in time to be able to bring this range of subject matter and conversations to the table at what is increasingly becoming a contentious moment of our times.”

“I am so excited to share the expansive vision of this story which marks a new and exciting stage in my art practice. I never set out to create a film of this size, but due to the scope of ideas that evolved along the way, it increasingly became inevitable that this would become my first feature film.” 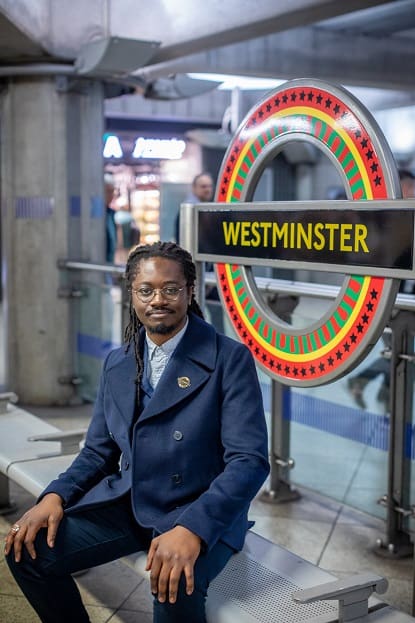 In April this year, Art on the Underground, also launches a new permanent commission by Larry Achiampong for Westminster Underground station with artworks featured on posters and on the cover of the 35th pocket Tube Map.

Wayfinder runs from March 12 until June 19. Entry is free. A booking system is in place.  Book in advance to guarantee your slot.