Residents and businesses in Margate’s New Street are appealing for action to tackle delivery drivers using the road as a rat run.

Old Town road closures mean more traffic is redirected via New Street and this is added to by   delivery drivers using apps like Waze and MyRoute which recommend rat-runs to avoid lights and heavy traffic. Residents say New Street is then used by drivers instead of having to wait at the traffic lights in Cecil Square.

The cut through is badly lit in winter, has no pavements and is very narrow, resulting in some near misses including The Margate School boss Uwe Derksen being clipped by a vehicle which then failed to stop.

Lynda Inns has lived on New Street for more than 30 years and says she is regularly pinned against the wall, often while attempting to walk her dog Toto, while drivers thunder past.

Remo Minerva is another resident who regularly has guests staying at The New Inn. He says groups of 8 or more people may be exiting the house with children only to “be swept back into the door by a racing delivery driver.” 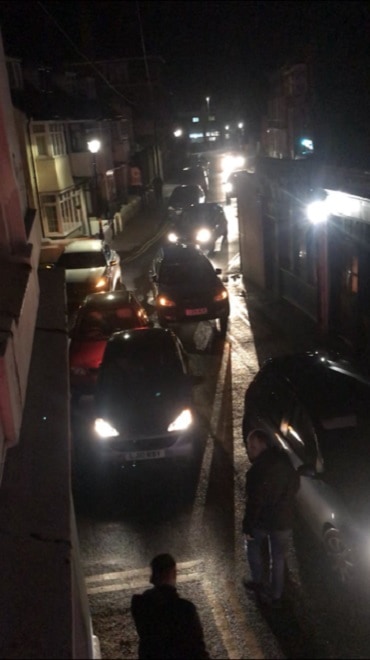 Remo said: “Sometimes as many as 15 cars congregate outside McDonalds and KFC on Margate High Street waiting for the next click.  They enter the area via New Street and are the new scourge of the High Street since the pandemic took hold in 2020.

“The explosion in food delivery is flooding our town centres with aggressive drivers racing towards the next click.

“Something has got to give on New Street and we fear a fatality.  Will things have to go that far before the council or the Town Deal (board) spend some money where it is sorely needed?” 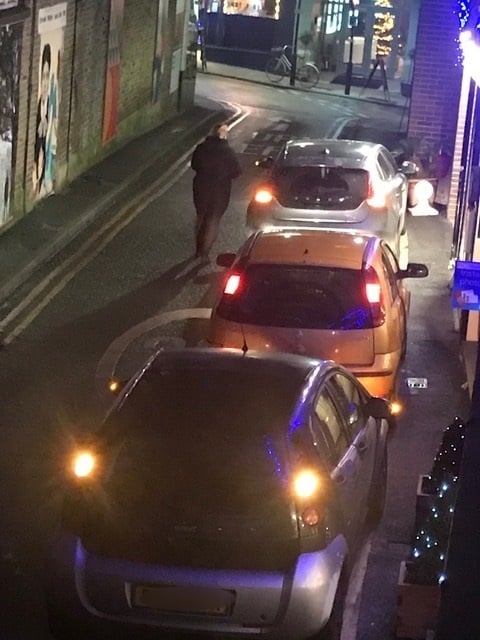 Residents are asking for pedestrianisation between 10am and 10pm. A suggestion has also been made to implement more loading bays. The residents’ group says this would allow New Street to flourish and make it a safe place to live and work.

Remo added: “We have an art school, antiques, restaurants and much-loved businesses like Mark Michaels and Paydens Pharmacy.  Why have our needs not been addressed like the rest of the Old Town?

“We were all out chatting in the street when Uwe was clipped by the van, we all saw it happen and the funny thing is no one was surprised.  The postman who happened to be on his round told us he is regularly clipped on New Street by passing traffic.

“The council must wake up to our plight and re-think this vital, vibrant and happy little town centre street.”

He said: “ Over the last few years there have been two areas within Margate’s shopping district which have been very dangerous for pedestrians. The first was King Street, where cars would race down the rat run road as quickly as possible, the second being New Street which is unusually narrow towards the end and the pavements there totally inadequate for safe pedestrian use.

“Since getting elected I am proud to say that the King Street rat run has now been blocked as part of a COVID/Pedestrianisation scheme, which I believe has worked well for Margate Old Town and although there are some businesses and residents who still have issues, I believe on the whole this scheme has produced benefits to the businesses and residents in the Old Town when it comes to increased footfall and safety.

“Unfortunately for the way the scheme was designed, there has been increased traffic onto New Street, this has also been exacerbated by increases to Deliveroo and JustEat deliveries over the pandemic who can often be seen idling their cars late at night on New Street, blocking the road whilst waiting for deliveries.

“I am hopeful that KCC and TDC traffic officers will look again at New Street to see if more can be done to improve the dangerous situations here that are occurring day by day. Perhaps using existing TDC parking spaces on the High Street as evening loading bays for delivery drivers is one idea that could reduce congestion.”

A Thanet council spokesperson said: “We have been in dialogue with a number of New Street residents, and intend to communicate with them directly on the possibility of trialling traffic measures on the street. Officers are working in collaboration with KCC Highways on plans to trial traffic measures in New Street, and time-limited pedestrianisation is something we can explore with them. All the measures need to be considered in the context of the wider area.

“Whilst parking on double yellow lines is an offence, drivers are given an observation period which is used to show the vehicle has been constantly observed and no activities witnessed such as loading or unloading. When officers arrive and undertake the observation period most people drive off and then return later, making enforcement extremely difficult. The Civil Enforcement Team will focus on New Street during evening shifts.”

A Kent County Council (KCC) spokesperson said: “On-street resident and limited-wait parking is generally the responsibility of the district council.

“As for pedestrianisation, we are happy to consider all requests for changes to roads and further information can be found at https://www.kent.gov.uk/roads-and-travel/what-we-look-after/roads/changing-roads-in-your-area.”