Tales of a wizard on a series of adventures have been published in a debut book by Margate writer Darren Neaves.

The 33-year-old, who works at the QEQM as an A&E domestic and housekeeper, spent two years penning the story inbetween other projects and says he is now hard at work on his next book.

The Wizardry World of Walterwitz follows the main character as he battles dragons, explores new worlds, and strives to protect all good creatures, great and small. But will his talent, strength, and wit be enough to outsmart his enemies and keep his town from disaster?

Darren said: “I wanted to make a story that people would like in the same way as I like the stories I read. It took about two years as I was also writing other short stories.

“I liked reading when I was little and did a bit of fan fiction as a kid.” 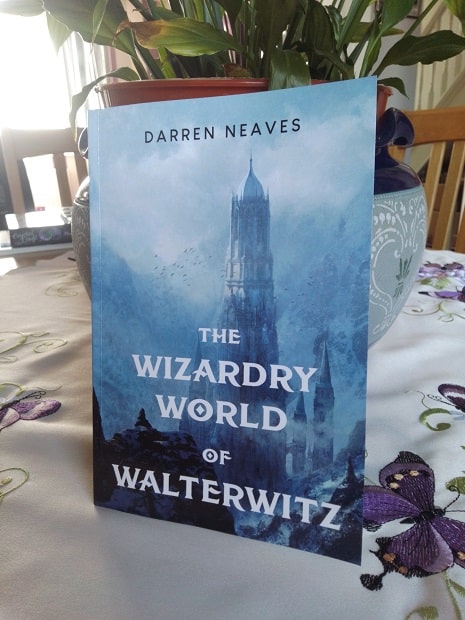 Darren says he is influenced by authors he enjoys such as Tolkien, Terry Pratchett, Robert Howard and George Orwell and also has an interest in history.

On getting the published edition, Darren said: “It was a bit of a weight off my shoulders as I can now do other things and I am in the process of writing another book

“This is my first published book and I hope to do a lot more. The Wizardry World of Walterwitz is a short fantasy book about a wizard and is easy to read with humour. It is suitable for children and adults. I have received good reviews from friends and work colleagues. “

The book is available online including from Olympia Publishers here