Former pub The Brown Jug in Dumpton is among 85 historic places in the South East have been added to the National Heritage List for England during 2021.

The building in Ramsgate Road has been Grade II listed.

The Brown Jug was originally constructed as a farm cottage, most likely in the 18th century. The building has seen multiple phases of development which are visible in its surviving historic fabric, and it is still possible see its original, simple two-room plan, particularly at ground floor level.

The building was likely converted to pub use in the late 18th or early 19th century, and documents of 1795 refer to the building as the Queen’s Arms Tap, and in 1813, an auction sale advertisement refers to it as The Brown Jug. 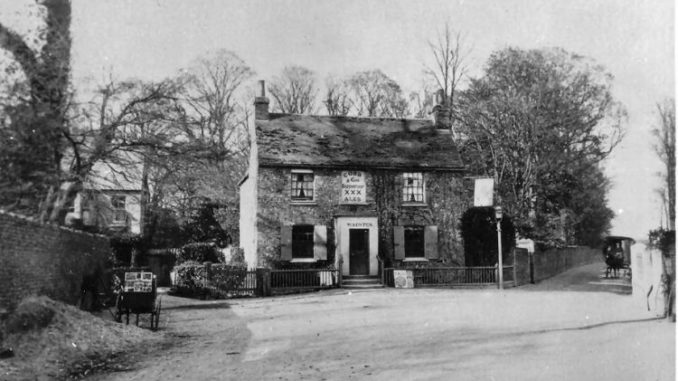 Its current name is listed in documents in1814, when it is said to have been used as an officer’s billet.

The flint walled property, which has land at the rear, was initially a Cobbs tied house before the company was taken over by Whitbread.

Externally, the 18th century fabric of the building survives in the knapped, or shaped, flint walls, a traditional Kent technique.

Inside significant 18th-century and 19th-century features survive, including lath and plaster walls. In the pub’s more recent history its interiors have hardly altered since the 1960s, in line with the wishes of the previous licensee Jenny Skudder, who ran the pub for some 60 years until it closed in 2019.

The pub is said to have once had a licensee who owned a three-legged pig, circa 1920s – a story Jenny would relay to visitors in the bar. 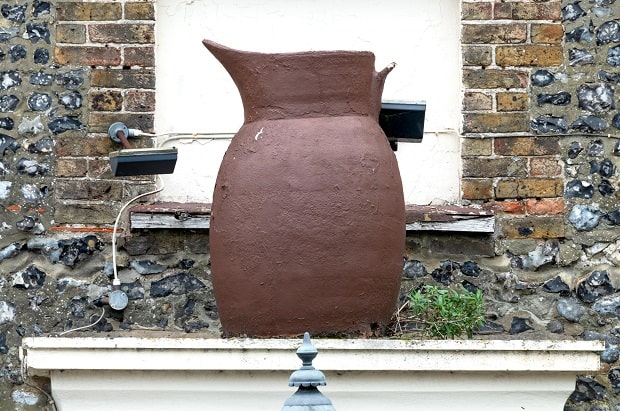 The garden was used on a regular basis by the boules team.

The property went onto the sales market in 2019. An initial sale does not appear to have completed as it went back on the market but is now understood to have sold. It was owned by the Thorley Taverns group prior to the sale.

Emily Gee, Regional Director for Historic England in London and the South East, said: “The places protected in the South East this year show the diversity of our shared heritage and tell a wide range of stories about how women and men have shaped our historic environment. We encourage people to read about the history of these remarkable listed sites and share their photos and videos through our website.”