A memorial has been installed at Broadstairs College, honouring a much-loved leader who worked there for 19 years.

The family of Bertie Armstrong visited the EKC Group site on December 13, to see the flower-filled boat named in his memory.

Mr Armstrong passed away in June at the age of 73, having had a large impact on the future of the college and Thanet’s education.

Bertie started to work at Broadstairs College in 1988 and retired in 2007, during which he became the first head of Student Services where he managed Careers, Admissions and Student Finance. 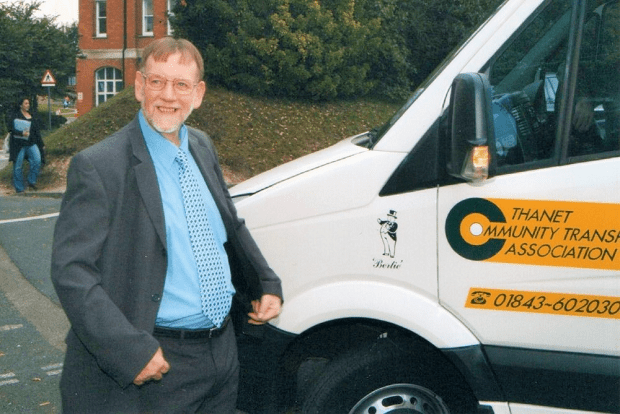 The minibus service became more than just a lift to college, the fun and friendships made on the bus each morning became an important part of the student’s day.

Bertie also led the College on government initiatives such as Aim Higher, Lifelong Learning, the Educational Maintenance Allowance and the Adult Learning Grant. 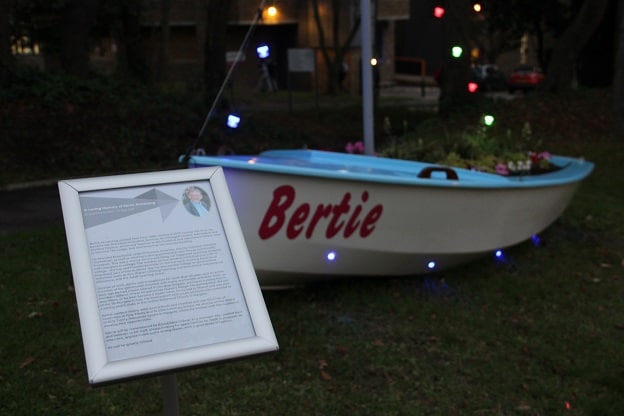 Val Beckingham, team leader of the college’s current Support Services staff, said: “Bertie will be remembered as a manager who worked hard and believed in his staff, always looking for opportunities for them to progress.

“He was calm, approachable and a strong leader, with a great sense of humour and soft Northern Ireland accent. He will be greatly missed.”

Regarding the memorial, placed near the Welcome Building, Val added: “It’s fantastic that students and staff, as well as Bertie’s family, have something they can remember him by, especially something so eye-catching.

“Bertie was a big part of the Broadstairs College community and I’m sure he would have been very proud to have been honoured with a permanent memorial on the campus.”