Children at Upton Junior School channelled their Christmas spirit for ‘Elf Day’ in support of the Alzheimer’s charity.

Girls and boys were invited to swap their uniforms and wear as much elf costume as they wanted for a donation to support the work of the dementia charity.

Some pupils opted for elf headgear or hats, while others (pupils and teachers) went ‘full-elf’ in terms of costume. 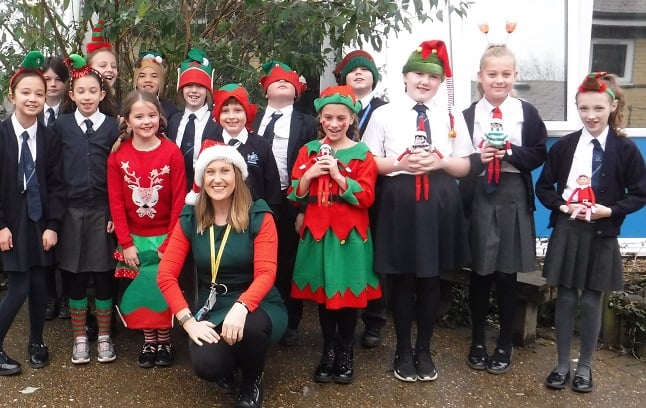 The idea was suggested by Amelia in Year 5 whose Aunt Betty recently passed away after suffering from the condition.  She said: “It was really great to see so many children dressed up with either a little bit or a lot of elf today.”

Upton’s caring charity effort raised £401.80 for the cause which was “another great team effort by our school community,” said Deputy Head of School Dave Walker. 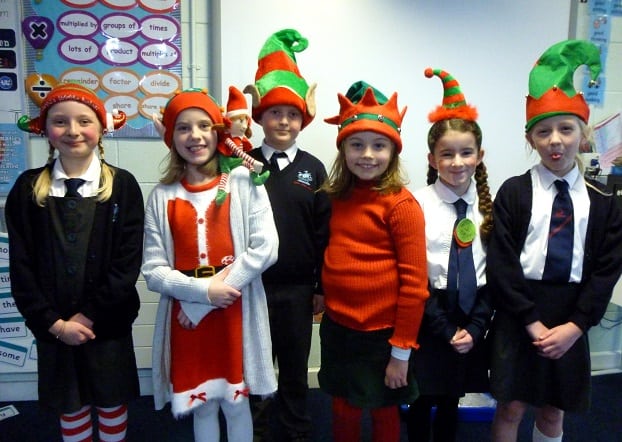 He added: “When Amelia suggested the idea of Upton supporting this initiative we were only pleased to join in.

“Alzheimer’s is an illness that affects so many individuals and families across the world and inevitably within our own school community. 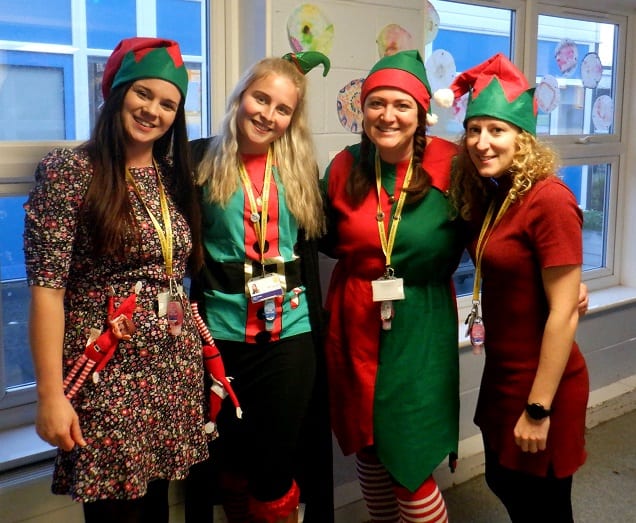 “By supporting the excellent work of the charity and this nationwide initiative we also hope we have raised awareness of the condition and shown our children what fantastic efforts are being made to tackle its effect on the sufferers and their loved ones.

“The school was a real sea of green and red elves and it was a cheerful sight as we begin a packed programme of festive celebrations.” 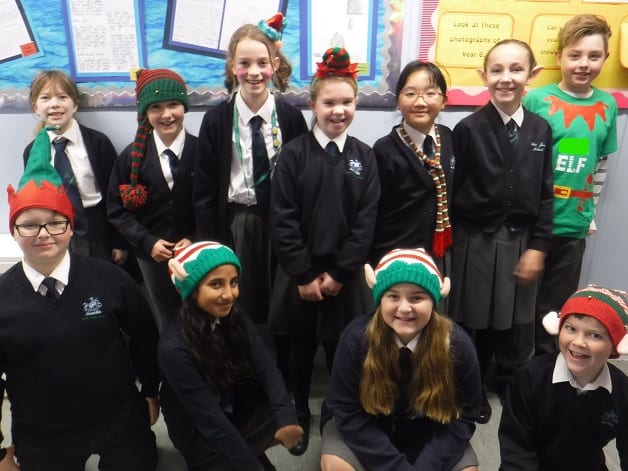 Alzheimer’s Society is the UK’s leading dementia charity campaigning for change, funding research to find a cure and supporting people living with dementia today. Find out more online at www.alzheimers.org.uk