The Thanet Trust has completed a unique trio of walking trails commemorating the lives of fallen civilians during the World Wars.

The trail called They Also Served is accompanied by blue plaques and free downloadable booklets which offer an insight into the rich history of Ramsgate.

It comes after work carried out for Thanet Trust’s  previous blue plaque walk, Ramsgate Military & Heritage Trail, which showed the difficulty in finding information about civilian fatalities during the World Wars.

Countless hours went into finding the casualties and all their personal details such as age and occupation, as well as where and how they died.

Journey through the World Wars. Starts on York Street by the harbour and moves to Military Road to explore a deadly Zeppelin bomb explosion that killed five people. The trail moves up along Royal Parade and through several streets to highlight the different German bombing methods during World War II. The trail will then finish on High Street near Poundland, exploring several World War I & II bombing sites.

Walk through the World Wars. Starts at Chatham and Clarendon Grammar School on Chatham Street and explains the school’s role as a Canadian Military Hospital during World War I. The trail continues upwards and walks the length of Margate Road, where there is a detailed look at the bombing raid of 24/08/1940, known as the ‘Murder Raids’.

The events that changed a generation. This trail starts at St. Luke’s Church to commemorate the large loss of life there from a Zeppelin attack during World War I. The trail moves round nearby houses to explore World War II raids, then to Aldi, through some of the town and onto Victoria Parade for a great view of Ramsgate’s beaches. The trail ends back at the harbour at Royal Parade. 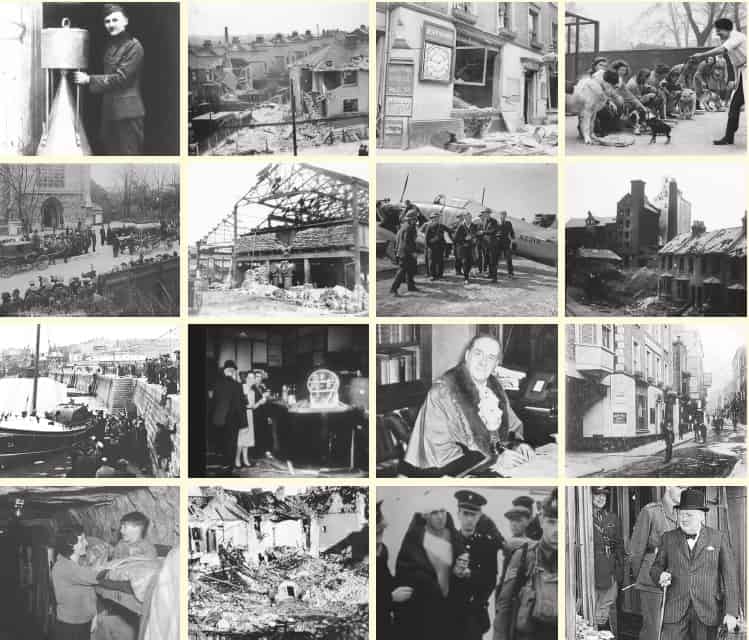 The rest of the booklet contains sections that enhance the story of the trails and the history of Ramsgate. The Blue Plaque Encyclopaedia gives a description of all the plaques that have been placed, whom they commemorate and where they can be found.

The Our Pets on the Home Front tells of the stories of animals great and small who were also affected by the war. The Heroes on the Home Front Roll of Honour gives the information of everyone that died  in Ramsgate as a result of the World Wars. The Statistics Section breaks down the information into charts and data to give a clearer picture of the effect the wars had on Ramsgate.

The List of Important People gives background to both the recognisable and unsung heroes. Finally, Thanet Trust: A History provides a look at the charity whose idea it was for this trail and booklet to be created and raised the funds to make it possible. They dedicated many hundreds of hours to the project in the hope that their work would help to ensure that these local heroes would never be forgotten.

Thanet Trust Heritage Manager Andrew Morris said: “During the creation of the Ramsgate Military and Heritage Trail, there was a gap in the local information regarding civilian war casualties.

“When researching, it was clear it needed to be a project in its own right. As such, the They Also Served trail was born. Commemorating the numerous civilians killed during both World Wars, we found information on these individuals and collated it into one book.

“This book is free for anyone – available at the Visitor Information Centre at Old Customs House, Harbour Parade, Home Front Tea Room, King Street and Nice Things, Harbour Street – and is also available online to download as a PD. In remembering these individuals, we hope that local residents and visitors to Ramsgate will learn more about the town, and the people who lived here.

“The next project we have is to rediscover as many of the gravesites of the civilians remembered in They Also Served, as well as the soldiers although their graves have better recording. Once this has been done, a map will be created so people can visit them whilst reading about their lives.”

The project was funded by the Armed Forces Covenant Fund Trust with Ramsgate Town Council helping to fund the printing of the booklets.

The booklets are available at: www.ramsgatetrail.co.uk