Monty’s in Birchington has celebrated two milestones this year and owners Theresa and Danny Ireton say they were delighted to add to those with a successful Fiver Fest fortnight and a business award from Thanet Academy FM.

The fruit and vegetable shop in Station Road has marked its 45th birthday, with 35 of those years based in Birchington.

Now run by Danny and Theresa Ireton, the business was initially founded by Theresa’s parents Patrick and Gwen, at first trading in Herne Bay but then moving to Station Road in the village.

Pat, 80, still works at least one day a week at the family business when he is not at the Hythe card and gift shop run by himself and Gwen, 79. Theresa and Danny’s children are also regulars in the store with Ivy, 13, working on a Saturday and Edward, 11, and five-year-old Iris often to be seen ‘helping out’ in the holidays. 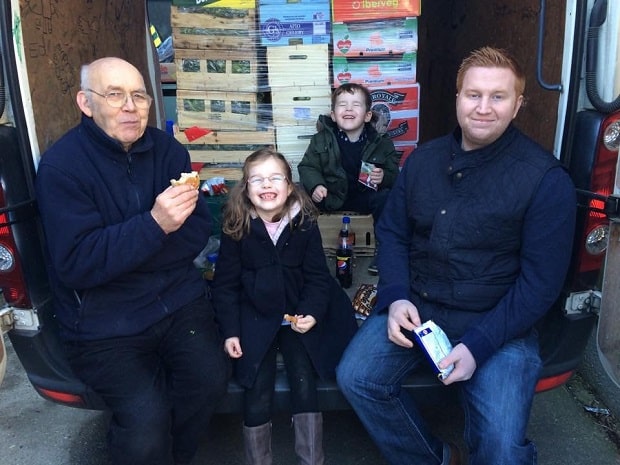 The business was one of around 125 in Thanet to take part in last month’s Fiver Fest, part of the Totally Locally initiative which involved traders in Thanet highlighting their contribution to the great British high street with special £5 offers.

The event was backed by Thanet District Council as part of the Welcome Back Fund to encourage people to continue to support the high street by boosting footfall and encouraging local spending. It was so popular that all 125 businesses have pledged to take part again in February. 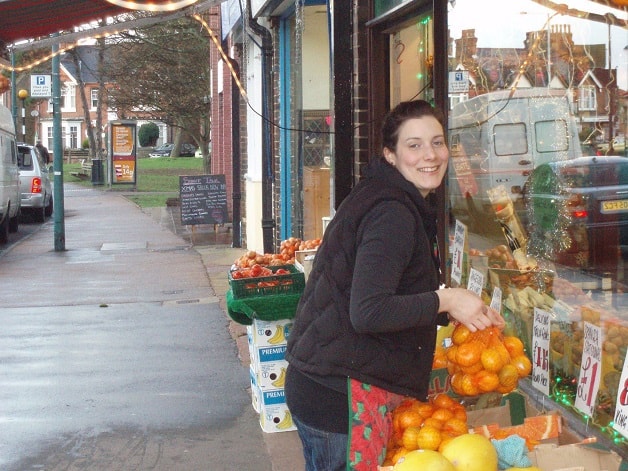 Theresa, 41, said: “We have been following Totally Locally for years and were super excited to find that Thanet District Council were backing a project to start the scheme in Birchington, as well as the other areas in Thanet.

“We went all out on Fiver Fest with our offers and decorations in the shop, and can’t wait for the next one! We were very proud to be mentioned on BBC Radio Kent because of our super offers and are also now on the Totally Locally website in a few places. 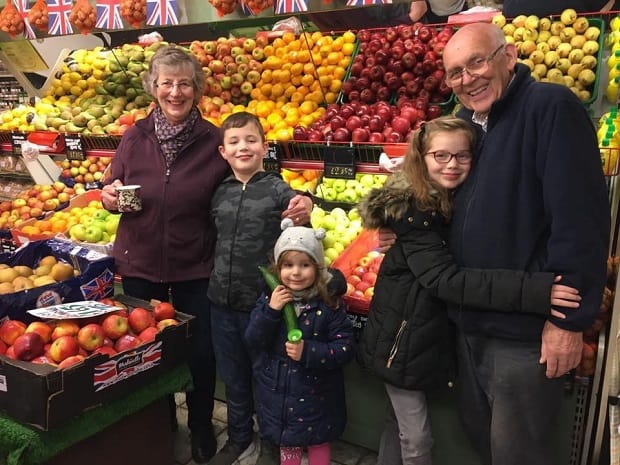 “It has been really positive and hopefully meant people coming in who had not been here before. I know I took my kids to a couple of shops in Ramsgate and Westgate that we hadn’t visited before. The benefit was not so much financial as people finding us and hopefully coming back again and of seeing other businesses, like the framing shop and Pixies, getting involved and us all pushing it on social media.” 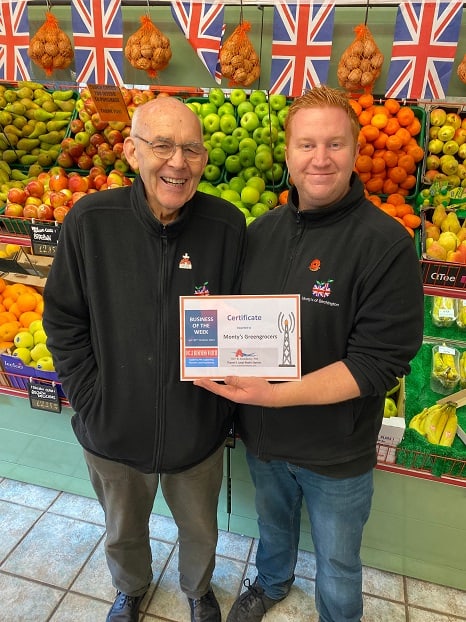 Danny and Theresa took over running of Monty’s in 2009 but it has always been in the family blood with many customers over the years remembering Theresa in the Herne Bay store as a baby and Danny’s family running a fruit import business.

Theresa said: “It is a way of life. I actually met Dan when I went to Spitalfields with Dad, we were up there buying and Dan’s dad owned the best fruit wholesalers in the market.

“When we first took over we would get customers who had used the Herne Bay shop and they would say they remembered me as a baby and seeing me in my pram!”

Theresa, who also runs Birchington Guides, says one of her favourite things about being at Monty’s is the village and its residents.

She said: “Between the Guides, the shop and Dan, we know everyone. Although the last year or so has probably been our worst financially because of covid, the community has just been amazing.

“We had a lady who could not come out of her house so Dan would deliver to her while everyone else was locked down. For some of those people that Dan went to, they would just be so pleased as they wouldn’t see anyone else at all.” 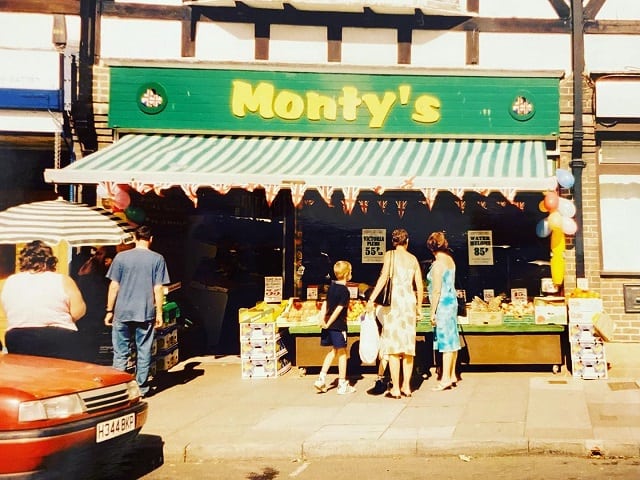 Over the 35 years in Birchington Monty’s has been part of many highs and lows from weddings, funerals and babies;a  bulldozer being used in a ram raid at the Barclays  bank which was next door, charity fun days, and many changes of the shops around them.

They have employed lots of local staff members, had loyal customers and, of course, traded through the strange times of covid. 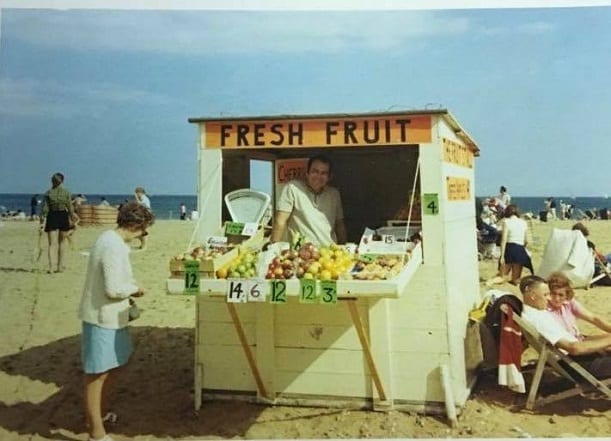 One of the  changes to have the biggest impact has been the closure of bank branches in the village.

Theresa said: “We had Barclays next door and when that closed it affected footfall in Station Road. There used to be a queue reaching our shop front where people were waiting to pay in their money. Then that closed and HSBC and Nat West also closed.”

Parking meters along the main trading area have also had an effect. Theresa said: “If you have someone pulling up, maybe they have got their kids in the car, they now consider whether to park and pop in, especially considering Westgate does not have the pay for parking  meters.” 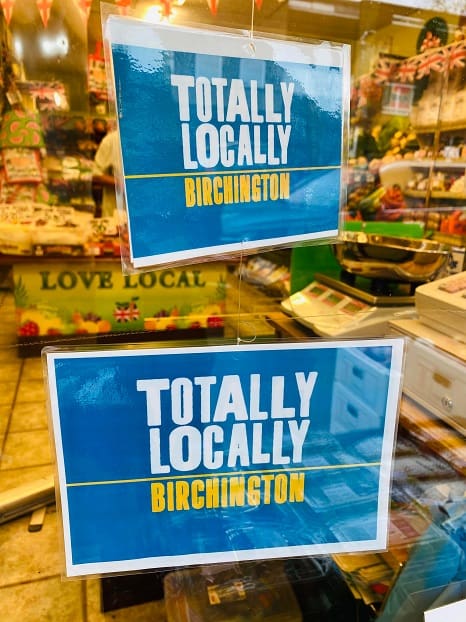 Thanet District Council coordinated and funded the printing and distribution of the posters, banners, and bunting for this year’s event. They also supported the initiative with the creation of an interactive map to illustrate where the offers were available and via social media promotion. The funding came from the Welcome Back Fund, which is aimed at helping High Streets to recover following the pandemic..

Thanet council is now planning a big Shop & Eat Local this Christmas campaign and is promoting Small Business Saturday which takes place on Saturday, December 4. This year Margate has been chosen to be one of the stops on the national SBS road show, which will visit The Parade, Margate between 10am – 2pm on Wednesday, November 24.

TDC will also support the next Fiver Fest in February.

Corby’s Tea Rooms in Ramsgate said: “We took a booking from a lady and 11 of her friends for our popular cream teas thanks to the Fiver Fest!”

The Classroom in Westgate-on-Sea said: “It was an excellent opportunity to showcase the talents of the shops/businesses at the East End of Westgate. Customers walked and said two things:‘Wow!’ and ‘we didn’t know you were here!’”

Birchington Framing Centre said: “Apart from being a picture framing and printing business, people found out about the gifts and cards we sell and loved the Lanka Kade offer for the kids.”