Thanet Iceberg Project, headed up by Anne Newstead and Alexander Roarke of The Kitchen CT9, has launched its annual Christmas hamper campaign.

This year, Thanet Iceberg will be providing 50 Christmas hampers to nominated individuals and households across Thanet. Each hamper is tailored to the individual needs of the recipient/s and could be anything from food and drink to a special trip out.

In last year’s campaign, one woman who had been housebound through Covid received a carol concert with singers taking over the street, free hot chocolate and mince pies being given out and everyone invited to join a rousing sing along.

Another hamper was given to a young man who, after being on the street for many years, spent his  first Christmas in a home. He received decorations, a tree and enough treats to see him through to the New Year.

Thanet Iceberg CEO Roarke is now appealing for nominations for this year’s hampers.

He said: “Who do you know that would benefit from one of our hampers. They may be in need or equally as important it may be someone who has been outstanding this year?”

Project leader Ann added: “It takes time to provide these hampers and the bigger the team, the easier it will be to make them and bless those that receive them this year. Can you spare one hour to help the team as they get the hampers ready for distribution?”

Morrison’s supermarket in Margate has backed the campaign, choosing it as the Christmas charity for this year and getting the ball rolling with the donation of a £1000 gift card.

Ann said: ““We received a real boost to the campaign when Steve Dyer and Lorraine Holden, the store manager and community champion at Morrisons in Margate, announced that they have made Thanet Iceberg and this campaign their Christmas charity.” 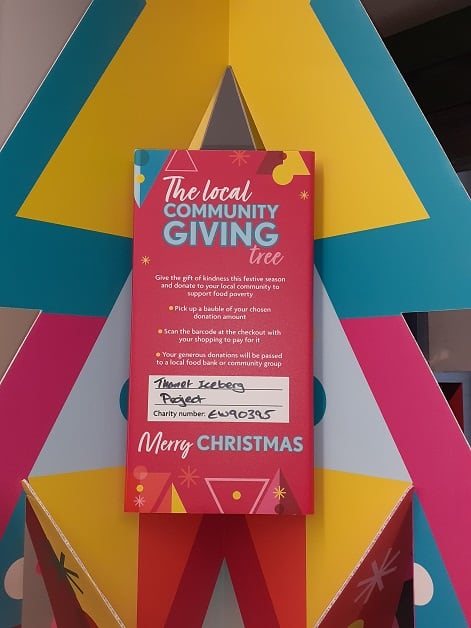 A spokesperson for Morrisons said: “Our “Giving Tree” is about that, giving and the team at The Thanet Iceberg Project will be giving in the best way possible this Christmas. Not just putting together a food hamper but going the extra mile to tailor make a gift that is truly needed and wanted, that will make a real difference to people, young, old, alone and as a family.

“Morrison’s really wanted to support this local charity as the projects they run really fit in well alongside our community and it is a pleasure to work with The Thanet Iceberg team on these projects.”

Last year Ann and Roarke revealed that they had been prompted to set up Thanet Iceberg Project, The Kitchen CT9 and the annual campaign by their own experiences.

The couple, who have four now grown up children, encountered tough times and needed help from others when their sons were young.

Those times were the driving force behind their creation of The Kitchen CT9 -providing nutritious, low cost food with many customers paying forward meals for those less well off – and Thanet Iceberg Project where support is provided for people who in need of items such as furniture or help at meetings. 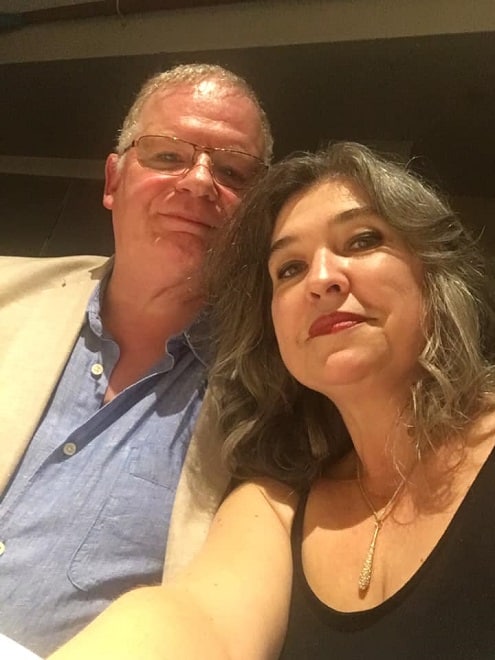 Roarke told The Isle of Thanet News: “We went through a really tough patch a decade or so ago and I know the pain I felt thinking I had failed my family and not provided for them at Christmas. Now we are in a position to help someone else, to help a household feel their Christmas isn’t wrecked for them and their children, to help 50 households.

“We want to reach people that other organisations don’t and that’s why we are asking people to nominate their family, friends, neighbours.

“It might be that your neighbour is a lad who works in hospitality and has had his hours chopped, lives on his own but he isn’t unemployed and won’t be picked up by the churches or mental health services or other organisations.

“Being nominated means people haven’t got to ask for help. We really want people to make the nominations. There is no catch, we just want people to look around and think who in their family, friends, neighbours or work colleagues might be helped at Christmas. This is for everyone, just normal people who maybe up until the beginning of this year didn’t even need the help.”

For more information on how to get involved with the campaign, make a nomination or  make a donation visit: thaneticeberg.org.uk/christmas or email christmas@thaneticeberg.org