Hundreds of young adults in Thanet have taken workplaces on a government scheme launched during the pandemic.

The Kickstart scheme is aimed at 16-24 year olds in receipt of Universal Credit and aims to match them to paid work experience placements with local employers so they can gain skills, boost confidence and, in some cases, then be offered full-time job although the main aim is to give young people the tools to get into employment

Government statistics show Thanet has  some 1,100 unemployed 18 to 24-year-olds, which at 11.4% is the highest rate in the South East. However, the number is reduced by around 36% compared to August 2020.

In Thanet  632 job vacancies have been put forward for the Kickstart scheme offering jobs in everything from retail and hospitality to manufacturing, graphic design and social media roles.

Young people on the scheme gain a six month placement of 25 hours per week and are supported by a work coach.

Kickstart, and a number of other schemes, are being used to tackle the issue of young people coming into the job market but maybe lacking skills and confidence.

Kickstart Employment Adviser Leader Holly Davis-Chatham said: “The main thing we have found is so many young people do not have skills and experience.

“With Kickstart we are speaking to employers and explaining about interviewing customers without applications and CVs, so they are meeting on the day and offering jobs. It is very productive and very fast. They are meeting the people rather than the qualifications and skills.”

For employers funding is available for 100% of the relevant National Minimum Wage for 25 hours a week, plus associated employer National Insurance contributions and employer minimum automatic enrolment contributions.

There is also a grant of £1,500 per job placement for setup costs, support and training. Once a job placement is created, it can be taken up by a second person once the first successful applicant has completed their 6-month term.

Despite some initial issues with the scheme in terms of administering gateway companies and payments filtering through from DWP, the majority of those involved say the experience has been a positive and beneficial one. Those who found the experience unsatisfactory said they had been owed payments and, in some cases, young people lost placements when a gateway operator was closed. DWP acknowledged some issues but said these had been resolved.

The Schoolwear Centre in Margate is one employer who the Kickstart team has praised for ‘really understanding the ethos of Kickstart.”

The centre originally had six Kickstart vacancies but, after interviews, took on seven young people and offered feedback to those who did not gain roles.

Ian Margetson, from The Schoolwear Centre, said: “When I first read about the Kickstart programme it sounded too good to be true. Hire young people and the government would pay 100% of their wages?

“What an opportunity it has been for us to start a media marketing department, selling items that will keep our embroidery department busy during our quieter time, create better cash flow and best of all giving some young people a chance to get into the jobs market.

“We decided to create six places. We applied through a gateway company who supplies the online training and support for free. Because we had six places, they arranged through the Kickstart team to set up interviews at Margate Jobcentre who couldn’t have been more welcoming.

“The Kickstart team and the jobcentre work coaches supported the whole process – all we had to do was interview. We had 15 candidates and what they lacked in qualifications they more than made up in ideas and enthusiasm. In fact, we had a real problem in deciding. It was such a positive day.

“In six months’ time we hope to have six young confident people with work experience and qualifications in media marketing.”

Matt Woodward is  the DWP Kickstart Employer Advisor who supported The Schoolwear Centre.

He said: “The Schoolwear shop came to interview at the jobcentre and what a breath of fresh air they were from the minute they walked in. Both employers engaged with myself and the work coaches and explained that they signed up to Kickstart to support underprivileged young people and give them (excuse the pun) a kickstart into employment.

“The employer had six vacancies but after interviewing, increased it to seven. Whilst in the office they called all the customers and gave truly invaluable feedback on whether they were or weren’t successful.

“I must say this is probably my most positive engagement with an employer throughout my time on Kickstart.”

From being homeless to thriving in new job

Natalie Hadley, who is the Work Coach Team Leader of Ramsgate, says successes include getting a young woman who had been homeless into a job placement and seeing her thrive.

Natalie said: “She was homeless when she came to me. I couldn’t get her to speak on the phone.

“When the restrictions were lifted we could meet face to face. We supported her and she took part in a mega matching day. This is where young people, work coaches and employers are at the Job Centre and the youngsters are matched to opportunities.

“The work coaches do an amazing job and understand what Kickstart does. She opened up and had an interview, I was beaming.”

The woman took on a role in hospitality which involved interacting with customers.

Natalie said: “She came in to see me and said she was so happy and was going to work every day. It has totally changed her life and without Kickstart that wouldn’t have happened.”

There have also been homeworking opportunities through the scheme. Holly said: “This helps people who might be nervous about taking on an opportunity but they can work from home.”

The Kickstart scheme was due to end with the last placement date being December 31 but this has now been extended by government to March 2022.

Employers need to get their applications in on GOV.UK by December 17 to take part. There are currently 158 placements available in Thanet with employers in various sectors including hospitality, retail, creative and media, administration, manufacturing, teaching and education and construction.

Eileen says more employers are also wanted. She said: “This aspiration of this scheme is for young people to gain skills and be more employable at the end of the scheme.

“We would love more employers to come forward. We can help with the application process and will be there from start to end. Most of our employers have found their Kickstart person to be invaluable.”

Holly added: “This gives so much opportunity for young people and everyone working on it really believes in it. It changes people’s lives.” 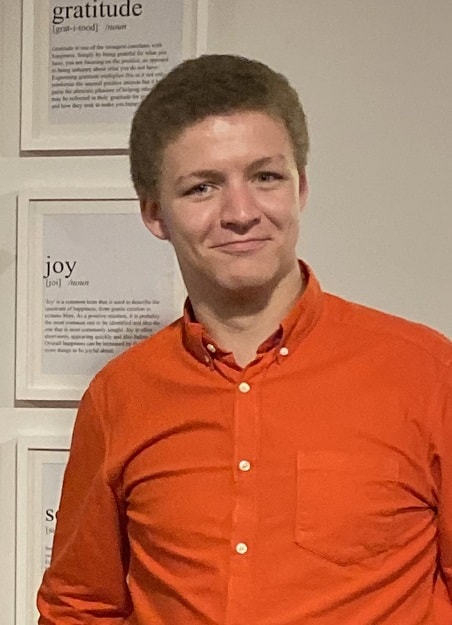 Cameron Taylor, 24, from Margate says his experience of the scheme has been brilliant.

He said: “I went through Margate Job Centre for the scheme. They contacted me and told me that the company was doing interviews at the job centre, and I asked to be interviewed.

“The role I’m in is Marketing & Sales Assistant at Margate Football Club. I wanted to do the role as I have always had an interest in marketing and sales but was always told I needed experience and/or a qualification in them.

“The manager at Margate FC felt that the experience I had already was more than enough to offer me the role. It’s really good so far. I’ve already been made to feel like part of the team, and I have ‘hit the ground running’ with the work.

“Despite two years out of work, I feel that I am doing a good job and keeping up with work life. If all goes well, I hope they will keep me on after the 6 months.

“I think the Kickstart Scheme is a brilliant initiative which has enabled me to get into a role that I otherwise wouldn’t have been able to!”

The future of North Foreland Golf Club looks to be in good hands after a new crop of ambitious young professionals were given their chance to shine through the government’s Kickstart scheme.

Three young employees have joined the team in Kent as part of the initiative.The applicants were referred initially by their job centre work coach, with impressive candidates being given the opportunity to carve out a career at North Foreland in their chosen sector.

The Kickstart scheme has helped to boost the club’s resource in many areas of its day-to-day operation. Yasmin Mills, 20, has taken a position in the kitchen, while Max Harrington’s, 20, role in the golf operations team supports the smooth running of all green fee bookings, competitions, society days and charity days. Lastly, Stephan Read’s, 20, work with the greenkeeping team has continued the excellent standard and course conditions that the club is renowned for.

Chris Dowrick, general manager at North Foreland Golf Club, said: “We have been nothing but impressed by the hard work and effort that Max, Steve and Yasmin have shown since joining the team several months ago, and we are certain that they all have the chance to go on to great things.

“As most people know, both the golf and hospitality sectors have had some major challenges over the last 18 months, and it’s fair to say that the three of them have been a huge help to keep the business moving in the right direction throughout. This initiative is positive for both parties – a win-win for both the individual and the business.”

Nineteen young people in Kent have started a teaching assistant placement at a school for pupils with Special Educational Needs and/or Disabilities (SEND)through Kickstart and 13 more are preparing to start. There are currently 19 additional teaching assistant places available at SEND schools and a further 11 in mainstream schools, but the placements must be started before the end of March 2022.

Head teacher Robert Page said: “St Anthony’s had our first Kickstart participant start this term, and after only six weeks, it seems to be going really well. She seems to have settled into the routines of school life and is already a valued member of the team. She has a personal interest in learning more about special needs and continuing to work within the area. St Anthony’s is a community school for pupils aged seven to 16 with Social, emotional, and mental health (SEMH) needs and Autistic Spectrum Condition (ASC). We depend on the community supporting us, so we therefore like to give back to the community whenever it is possible. The Kickstart scheme is one way we can help young people locally but it also supports the school at the same time.”

16-24 year-olds on Universal Credit can search available Kickstart vacancies on the Government’s jobhelp.campaign.gov.uk and then speak to their Work Coach to check if they are eligible and apply.

Employers looking to apply or find out more about Kickstart can contact the Kent Kickstart team at: kent.kickstartteam@dwp.gov.uk

There is also information on gov.uk for employers looking to find out more: www.gov.uk/government/collections/kickstart-scheme

Sector-based Work Academy Placements are helping people of all ages including young people in Thanet to explore new career options and look at sectors they’d perhaps never considered as a possibility. The scheme gives them a chance to train for a new career. A SWAP lasts for a maximum of six weeks where jobseekers learn new skills, gain hands-on work experience and build their contacts in a new line of work. There is also a guaranteed job interview at the end of the course for a live vacancy.

Those looking for work can also use the Job Help website which is personalised to the individual, giving tips on CVs and developing skills.