Four Wanderers stalwarts were absent from this fixture but there were welcome returns for Herbert and Knight and skipper Sam Taylor.

Wanderers kicked off on an excellent playing surface and Knight soon tested the home defence with a teasing grubber-kick but penalties halted early attacks from both sides. After nine minutes, mounting Thanet pressure was rewarded when Louis Marshall broke and was almost clear on the left.  Quick recycling, after the tackle,  gave Herbert, who was playing at outside centre, space to race in and open the scoring. Marius Thompson converted for 7-0.

Four minutes later his break and pass gave Knight a glimpse of the line and he powered through the gap for a 12-0 lead. Wanderers looked threatening with ball in hand and seven minutes later, from a scrum on half-way, Thompson went clear and handed on to Knight who broke through several attempted tackles before touching down under the posts to make the score 19-0. 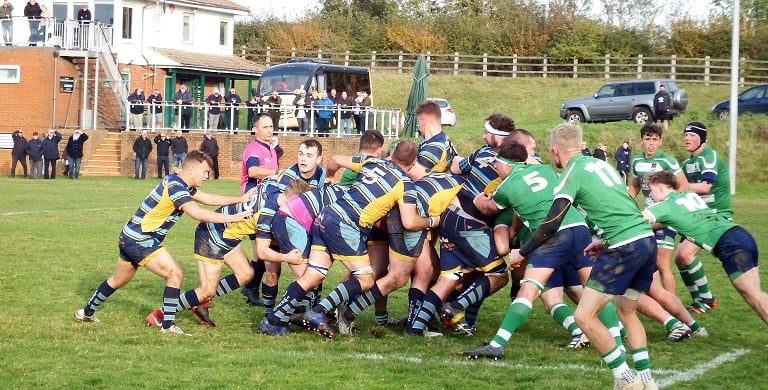 On twenty five minutes, Thanet were playing in front of the clubhouse, with a penalty advantage. Thompson hoisted a speculative chip over the advancing defence which Herbert soared to catch before outpacing the defence to the line for Thompson to convert. The hosts hit back and two penalties kept them in Wanderers 22 whose loose-head prop Jim Green was shown yellow for a high tackle. A nicely judged cross kick opened things up for Folkestone whose winger, Oscar Hughes, was on hand to make the touchdown two minutes later, leaving the half-time score at 26-5.

In the third minute of the second half Folkestone scored a nice try when, after good handling, Hughes scored his second under the posts for 26-12. The hosts kept Thanet penned in their own half throughout the third quarter of the game but with the team back at full strength, Wanderers defence held firm.

Jim Green’s influence and experience is a great boost for the team, his organisational skills were much missed whilst he was in the bin; he even showed his handling skills with a lovely off-load in the build up to one of the tries. Thanet’s pack was lasting well and after 22 minutes of the second period a strong forwards’ drive set the field position to release Herbert, who slid in for a well constructed try and settle any visiting nerves at 33-12. 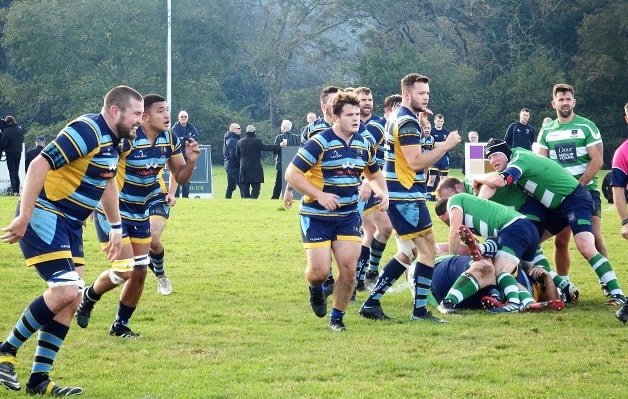 Jay Sanford had stepped up to replace Neil Wakefield in his first start at hooker for three years following a broken leg and he was hitting his man with pleasing regularity at line-outs. A penalty had set an attacking line-out and again the driving maul was used to get over the line for Taylor to celebrate a try on his return.

Thompson knocked over the conversion from fifteen metres wide of the right post. Thompson celebrated his return, after playing for Norway against Denmark, by taking the final try with aplomb, as he glided through the home address to bring up a final score of 45-12.

The result will revitalise the self-assurance within the Thanet squad after losing matches that could have been won. Wanderers, like so many teams in this league, are struggling to send out a settled side due to injuries and non-availabilities. 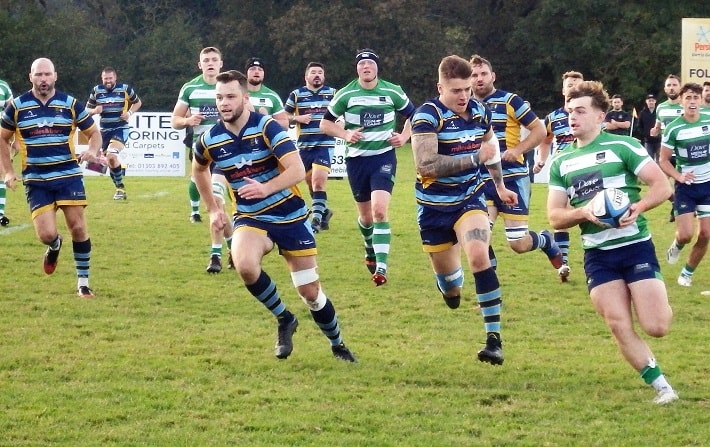 The spirit through the senior sides is high and coaches’ confidence remains strong. There were many possibilities for man of the match.  There were big performances from the second row pairing of veterans, Andy Letts and Kris Finneran and mature showings from the young pair at tight-head and number 8, Gully Goodall and Dan Howard who all gave everything for the cause. There was a double of fine tries from Charlie Knight but Nick Herbert, who was back after missing the last three games, brought confidence to the midfield and scored three quality tries. He was the Wanderers man of the match.

Next week Ashford are the visitors to St Peters. Like Folkestone, who were the other promoted side before the pandemic delayed their start in London League 2 (SE),  they have had a tough start at level seven. However, a good win against Crowborough this week has kick started their season and they will be aiming for more points against us on 6th November. Kick Off 2.30 PM. Please support the Wanderers.