Named by the Guinness Book of Records as ‘the world’s greatest living explorer’, Sir Ranulph’s many ambitious endeavours have pushed his endurance levels to the very limits, inspiring generations and making him a pioneer of exploration with an unparalleled story to tell.

Amongst his many record-breaking achievements, he was the first to reach both Poles, the first to cross the Antarctic and Arctic Ocean, and the first to circumnavigate the world along its polar axis.

Fiennes served in the British Army for eight years, including a period on counter-insurgency service while attached to the Army of the Sultanate of Oman. He has written  numerous books about his army service and his expeditions as well as a book on explorer Robert Falcon Scott.

The 77-year-old talks about his adventures when he comes to Margate Winter Gardens on December 8. Show starts at 7.30pm

A chat with Ranulph 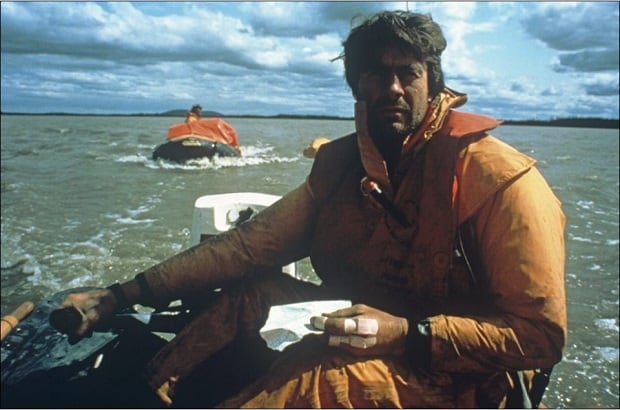 You’re heading out on tour, what will you be talking about?

I’ll be talking about my life: my childhood and schooling, and training with the SAS (and being chucked out of the SAS!) I’ll be talking about my very first posting with the British Army, and being the youngest captain in the British Army- even though I didn’t deserve it(!)- and how that inspired my love of exploring. I’ll also touch upon some of my favourite expeditions, one of which was finding an Arab city with my first wife Ginny that we spent 26 years looking for, and how, in the first year after we got married, we did our first journey together: a 2000 mile long boat trip down one of the toughest rivers in the world, in a rubber dinghy. There’s so much to talk about that I can only briefly touch on being the oldest Brit up Everest and the oldest pensioner in Great Britain to go up the north face of the Eiger! I’ve tried to get a good mix of polar exploring, and my other adventures.

As a man that seems to be fearless, can you share whether there is anything that you worry about?

I don’t really worry about expeditions. I only really worry about family finances. All those horses that Ginny loved! When we moved to Exmoor, we had lots of Aberdeen Angus cows and sheep, and that was quite profitable. But the horses… !

You have achieved a great deal, are there any expeditions/challenges you would still like to conquer? Was there one that got away?

There is one thing that I wish I had tried doing earlier. At the moment, I still hold the World Record of being the only person to have crossed the whole of that Antarctica ice cap, the whole of the northern ice cap and to climb the highest mountain. It’s called the Global Reach Challenge and I’m the only person to ever have done it. There are two other people who have nearly done it, a Norwegian and a Belgian, both of whom I am friends with now. The record I would like to have broken is to cross all the ice caps and climb all seven of the highest mountains. Everest is the most difficult, I’ve done that. And if when I’d done Everest I had done the minor ones, that would have been no problem. It was 2009 and I was in my 60s and quite fit, but when you’re a bit older, things start to go wrong. Your circulation heads towards your core so if you have ever gotten frost bite before, you are even more likely to get it again. The mountains that you can actually climb when you are in your 70s have to be much lower than the ones you could have climbed before. There are only 3 of them out of 7 I haven’t done, so it’s very annoying. I’m sure someone else will complete it soon.

So you are quite competitive?

I am, and it’s not a good trait. When I was first asked to climb Everest, I said no because of my extreme vertigo. Then 6 months later my wife died and I just wanted to do something, anything to distract me. So I did months and months of training and then I got a heart attack when I was 300 meters from the top and my friend got hypoxia on the way down. I told the doctor when I got down to base camp that I was never trying it again but he told me that if you go up the other side, from Nepal, it’s dead easy! Four years after that, 2008, I did that and nearly got to the top, didn’t get a heart attack, but the body of my Sherpa’s father appeared in the snow, as he had previously died trying to climb Everest. There hadn’t been that much snow that year so the bodies just reappear. It was awful. The next year, 2009, by which time I was an OAP, I had worked out why I had failed twice: I was being too competitive. The next time I tried, I went with a Sherpa who was so fit, there was no point in trying to be competitive. I went very slowly that time.

What do you do to relax?

To relax, I sleep! And listen to the music of Enya. In between my lectures I run around the Serpentine a couple of times. I don’t call it jogging though – it’s more ‘shuffling’.

Which person do you most admire, living or dead and why?

One of the people I admire the most is the polar explorer Captain Robert Falcon Scott. I’ve just written a book on him that tries to get to the truth of his wonderful career, as there are a lot of lies and rumours about him. He first discovered that Antarctica was a continent! But he had bad luck with the weather on his expeditions, and died in his tent. I also really admire the explorer Wilfred Thesiger, who carried out lots of expeditions in intense heat.

With the threat of climate change more apparent than ever, what would you urge the younger generation to change?

Sorting out the plastic in the ocean is a good start, rather than trying to tackle things you can’t even see. Everyone can do something about that, whereas something complicated like tackling carbon monoxide is more difficult to get the public interested in. If the whole of the motor industry had to switch to electric vehicles that would be good – then we would be heading in the right direction.