A man has been jailed for a minimum of 35 years for the murder of sisters Bibaa Henry and Nicole Smallman.

Danyal Hussein  appeared at the Old Bailey today (October 28) where he was sentenced to life imprisonment to serve a minimum of 35 years. 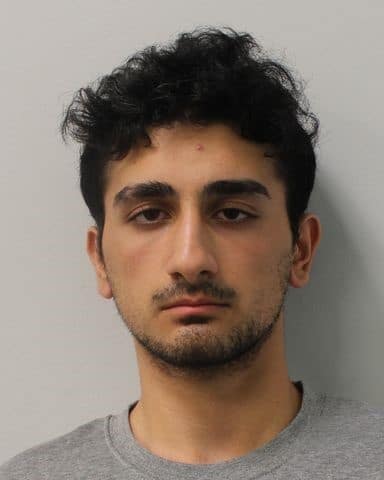 Bibaa and Nicole were reported missing on the evening of Saturday, 6 June by friends and family when they failed to return home and couldn’t be contacted. At around lunchtime on Sunday, 7 June some of those closest to the sisters went to the park to carry out their own search.

There they found glasses belonging to both Bibaa and Nicole, as well as a knife. Devastatingly, whilst on the phone to police seeking advice about what they had found, the bodies of the sisters were discovered.

Mina is a retired British Anglican priest and was appointed as a trustee to Ramsgate’s Project MotorHouse in 2017.

Detective Inspector Maria Green, from the Specialist Crime Command, said: “Danyal Hussein is a dangerous, arrogant and violent individual who from the outset has shown no remorse or acceptance of his actions.

“The sentence handed down by the court today is a reflection of the seriousness of his crimes. I hope that knowing he will now spend many years behind bars will bring a small degree of comfort to Bibaa and Nicole’s loved ones.

“This has been a shocking and chilling case and I know the investigation will stay with all of those involved for a long time to come.

“Hussein went out that night with the intention of killing in order to satisfy his bizarre fantasies under the deluded belief he would be rewarded with financial prosperity. His wicked acts have cut short the lives of two completely innocent women who were simply celebrating a birthday.

“The senselessness of Hussein’s actions has made it all the more difficult for Bibaa and Nicole’s loved ones to come to terms with their loss. Despite this, throughout our investigation and the subsequent trial, they have shown the utmost dignity and strength in the most unimaginable of circumstances.

“My thoughts and those of my colleagues are always with them.”

At his trial, the jury heard that Hussein drew up an agreement with a “demon” to sacrifice women in exchange for a lottery win. He created a handwritten plan, signed in his own blood, in which he pledged to murder six women every six months, in return requesting financial reward.

In the early hours of Saturday, 6 June 2020, he made good on his pact, killing Bibaa and Nicole in a pre-meditated attack that officers believe saw him observe them for some time before stabbing them to death in Fryent Country Park, Wembley.

Their bodies were discovered on Sunday, 7 June and a murder investigation was launched. Hussein was subsequently identified and arrested on Wednesday, 1 July. He was charged later the same day.

The Metropolitan Police Service is to apologise to the family of Nicole Smallman and Bibaa Henry for the way officers responded when the sisters were reported missing.

The findings of an Independent Office for Police Conduct report say the level of service provided over the weekend when the sisters went missing in June 2020 was below the standard that it should have been.

Mina has dismissed the apology, telling the BBC that the Met’s actions suggested signs of ‘racial profiling, misogyny or classism’ and adding: “The investigation was not handled appropriately. The apology should have been done face-to-face and not nearly 10 months later.”

The IOPC investigation found that the inspector closed the police logs after receiving information about the sisters’ possible whereabouts from a family member. This information suggested she was not overly concerned about them and would call back in the morning if needed. The inspector believed the information provided was a justifiable explanation for the sisters’ disappearance.

However, this information had been inaccurately recorded on the police log by the communications supervisor.

The closure of the police logs did not close the missing persons report at that time created for Nicole, but did prevent the deployment of officers to Nicole’s home. The inspector subsequently did not properly progress missing persons enquiries for Nicola or Bibaa.

The inspector told the investigation that this had been one of the most challenging shifts of his career with 16 missing persons reports open and the North West Command Unit under capacity by almost 50 per cent during the Covid pandemic.

A call handler, also a member of police staff, based at Met Command and Control at Hendon, will receive ‘management action’ for the conversation they had and their “dismissive” response when a friend of one of the sisters called police. This means they will have a performance discussion with their line manager around the learning from this matter.