A memorial day has been held to celebrate the life of Thanet Wanderers rugby club legend Colin Brown.

Colin died of prostate cancer in February of this year during the pandemic, which caused his funeral service to be limited to close family only. His legion of friends, both in the rugby community and outside of it, met on October 23 to bid him an appropriate farewell at Thanet Wanderers which was the venue of Colin’s choice.

Colin’s widow Lesley, and the club’s chairman Chris Panteli, have worked closely over recent months to provide a fitting legacy to Colin at the club he loved.

On a late autumn afternoon, friends and family gathered, catching up and swapping memories of Colin. He had declared few wishes but, as a proud Scotsman, one was that a piper should play. Derek Freestone answered the call from fellow Scot, Thanet Wanderers U15s coach Bill Wallace, and played throughout the early afternoon.

A Colin Brown memorial programme was available and at 1pm Lesley outlined the format of the afternoon and spoke of how much Thanet Wanderers meant to Colin and of his wish to leave a lasting memorial at the club.

Lesley urged everyone present to ensure that they, or their menfolk, should get regular testing to avoid the misery of prostate cancer. She then cut the ribbon and declared the  refurbished Colin Brown Changing Room officially open, with Fraser McGee and Gerry Doyle, who had donated their labour to the project, proudly looking on. 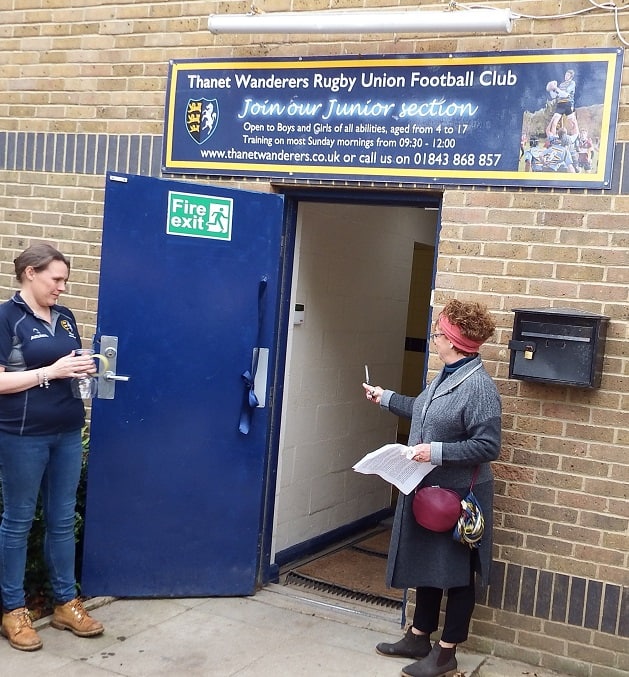 The gathering then processed, led by the piper, around the first team pitch to where an oak tree had been planted and where flowers were laid in Colin’s memory. The family eulogy had been beautifully written by Lesley and daughter Samantha and was touchingly delivered by family friend, Patrick Strange. Colin’s elder son, Robert, brought laughter and moving memories as he described growing up with Colin as his dad. Colin’s old friend, Gary Frame, with the assistance of John ‘Jacko’ Jackson described, Colin, the Thanet Wanderer, with the promise of further instalments to follow later in the bar! 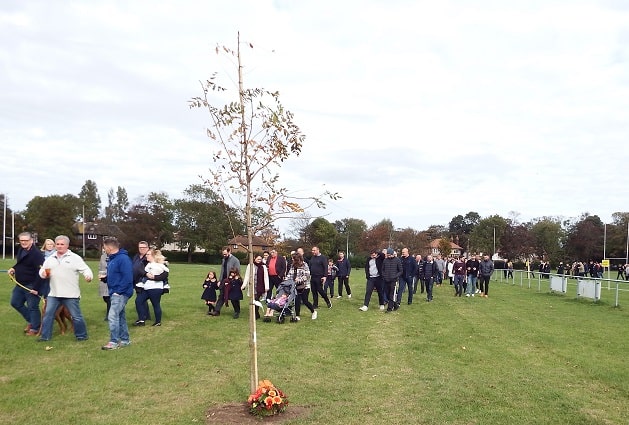 An excellent buffet was available to all in the clubhouse, catered for by Kelly Smith and her team, and was much enjoyed. Thanks are given to her and to Gerry Doyle and the bar team who ensured glasses were empty for the minimum of time.

The first XV match against Charlton Park didn’t quite go to plan with Wanderers losing a close one, but it was a full-blooded contest between two of the more historic clubs in Kent: just the sort of game Colin would have appreciated. The sharing of many bitter-sweet memories and stories lasted long into the night. 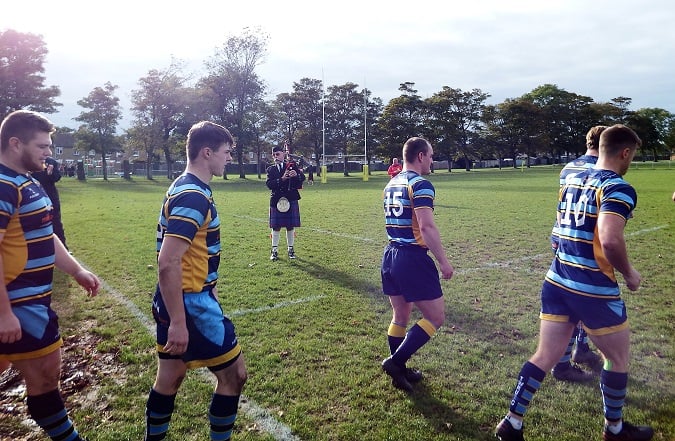 Lesley hoped the day would give everyone the opportunity to pay their respects and to show their appreciation and love for the man who touched so many lives. It certainly did that, and the club thanks her and the Brown family for bringing this lovely day to them. Their association with Thanet Wanderers will continue as the company Colin founded, Need Financial Planning, now in the capable hands of sons Robert and James, will continue to sponsor the club.