The band of dedicated ladies who form Crafty Poppies have again been out to install a display of knitted and crocheted poppies in Ramsgate for Remembrance.

The poppies are in place at Madeira Walk and around Destiny, the First World War commemorative statue in Albion Gardens and on the gates of St George’s Church in Church Hill.

Crafty Poppies was formed in 2017 with the aim of making the poppy display that year to remember those brave men and women who died in World War One.

The first display was on the railings of Albion Place where a young boy had been killed in April 1942.  This was just a few red Poppies.  By August of that year the group began making Purple Poppies to commemorate the animals who had been killed during the wars. 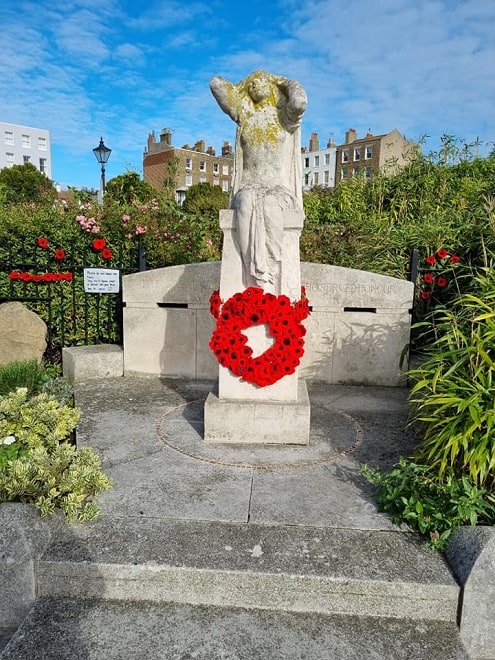 In November 2018 Crafty Poppies were ready for their first major display and filled the railings around Destiny in Albion Gardens with over 1,000. Red Poppies.

In November 2019 they displayed their most dramatic fall of red Poppies hanging down the Pulhamite of the waterfall to commemorate the fallen of the wars.

Group founder Jo Hanchett said: “That display was a huge success and loved by so many.   Now, every August we put our Purple Poppies up around Destiny and each November we adorn the area with red ones. 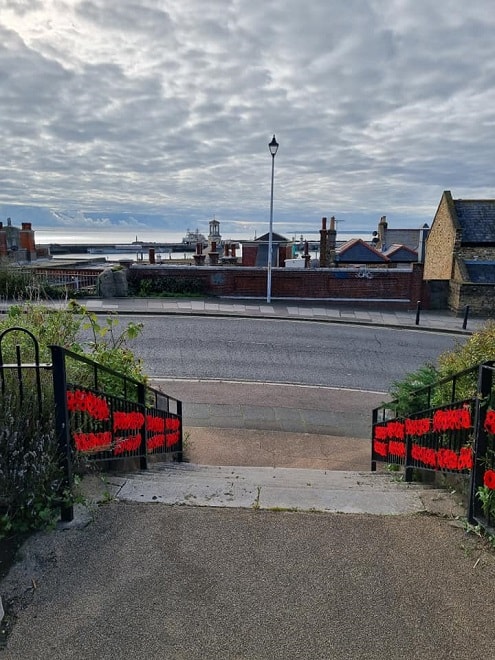 “In 2019 we used the lengths we had made for the waterfall and dressed the gates of St. George’s Church.  This produced the most stunning display and in 2020 we added a couple of crocheted and knitted wreaths on the gates.

“With our displays, we hope prompt those who haven’t suffered the grief of war to remember all those who have, whether humans or animals.

“The displays also bring delight to many who pass by and they are a much photographed subject for the locals, even making Meridian News during the Centenary exhibition.” 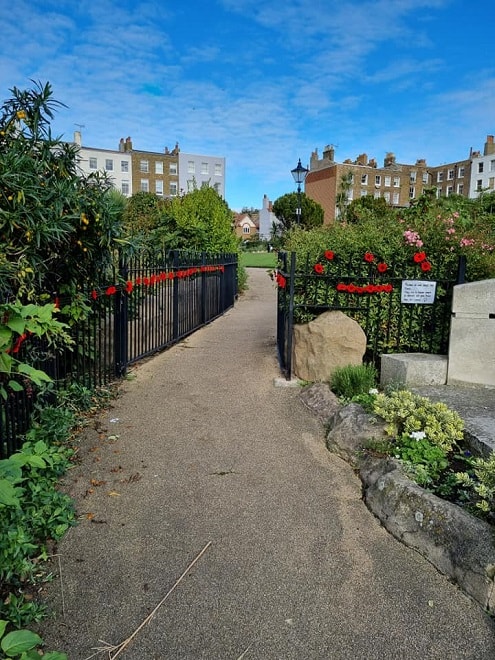 Services and wreath laying will also take place on Thursday 11 November at:

9am     Wreath laying ceremony at ‘Destiny’ in Albion Gardens.

11am   Service and wreath laying at the War Memorial  in Ramsgate Cemetery.

A list of Remembrance services across Thanet will be published shortly