A motorcyclist was taken to QEQM Hospital yesterday (October 25) after crashing into the front door of Costcutter in King Street.

The motorbike reportedly ended up inside the store. 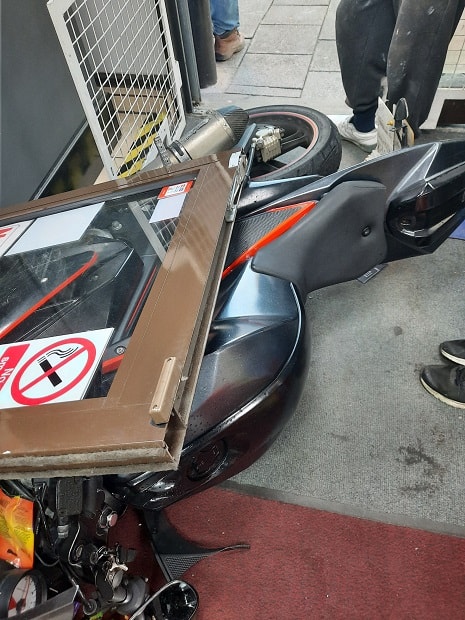 A Kent Police spokesperson said: “Kent Police received a report of a motorbike colliding with a building shortly before 5pm on Monday 25 October.

“Officers attended the scene in King Street, Ramsgate. A man reported injuries and was taken to a local hospital.”

South East Coast Ambulance Service sent one crew to the scene and say the man was “assessed and treated at the scene before being taken to QEQM Hospital for further checks.”