A teenage boxer from Ramsgate has taken the title of Lonsdale MTK Global Box Cup champion for the third time in a row.

Chaz Butters, 14, won his matches at the three-day competition at the Penrith Leisure Centre in Cumbria. 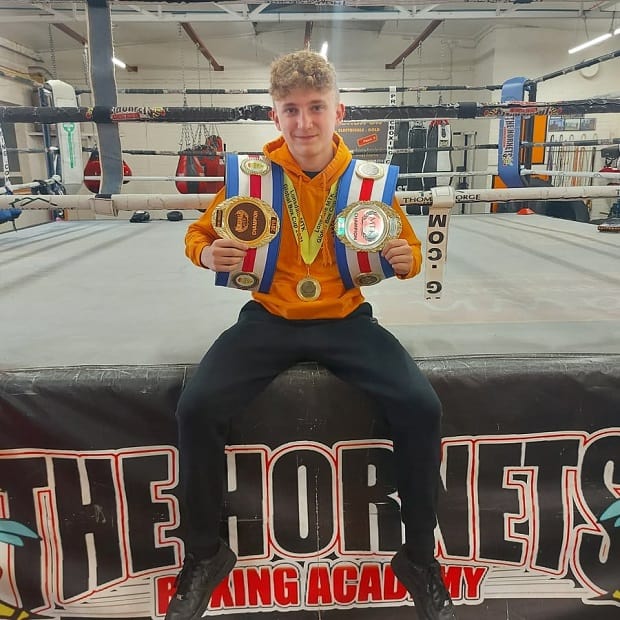 Chaz boxed his semi-final against a Scottish National Champion from Rob Roy Boxing in Glasgow. The Ramsgate youngster boxed very strong to force a retirement after one round.

In the final Chaz boxed against a lad from Lambton Street Boxing Club in Sunderland and claimed victory to become Lonsdale MTK Global Box Cup champion for the third time, having won the competition in 2018,2019 and 2021. The event was cancelled last year due to covid restriction.

Alfie Arrenberg lost his semi-final on the Saturday to a well-schooled boxer from The Ring boxing club in Bracknell. Brandon Peters boxed very well in his first ever bout but lost in a very close split decision to an unbeaten lad from Northside boxing in Manchester. 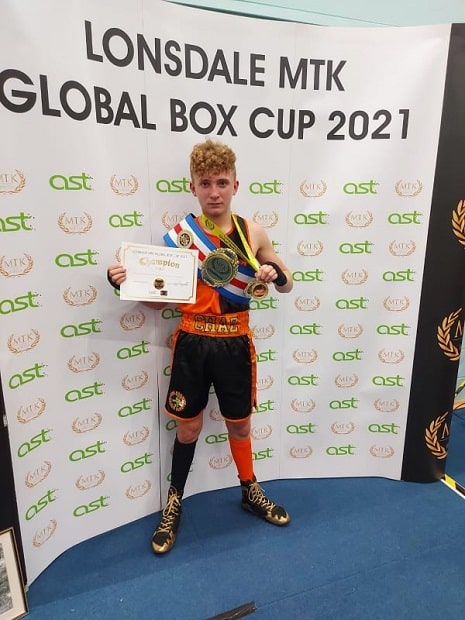 Callum Sandy was in his semi-final vs an opponent from The Army Boxing Team and, while he wobbled his opponent in the first round,  Callum lost on another very close split decision.

The Hornets Boxing Club is based at  18 Leigh Road, Ramsgate.