An eight year old from Ramsgate will be undertaking a 10k walk next week to raise funds for Kent air ambulance.

St Laurence Junior Academy pupil  Charlie Holt decided to take on the fundraiser to help the service continuing caring for those in urgent need.

He will be accompanied on his seaside route by hi mum and one of his aunties who  pledged to wear a dinosaur outfit if he raised more than £200 – a target he has reached! 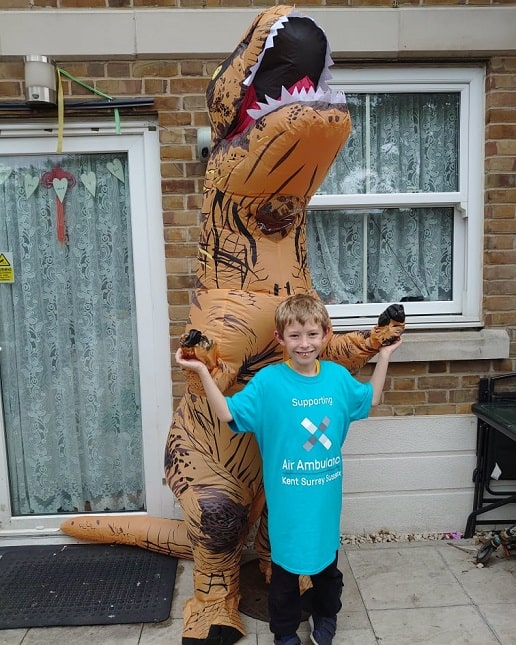 Mum Kelly said: “Charlie was partially inspired by the house he is in at school – which is air. He also wants to help people in need by doing something he loves, walking by the sea.

“So, he looked into it when the London marathon was on and saw all the different charities people were fundraising for and he picked the air ambulance. We have been in communication with a community fundraiser for the air ambulance who sent him a top to wear and has sent him a thank you and a well done for doing so well.

“Charlie is now over his 200 target so one of his aunties will be joining us on his walk.”

Charlie will take on his 10k challenge on Wednesday (October 27) setting off at 10am.