Fire crews, the RSPCA and security staff at the Royal Sands development on Ramsgate seafront were all part of a pawsome cat rescue team today (October 23).

The security team raised the alarm just before 11.30am after spotting the cat stranded on a ledge top above the Ramsgate Tunnels.

RSPCA had to call in the fire service who used a height vehicle and rescue units to reach the animal.

“Crews were alerted to the cat by the RSPCA – who couldn’t reach the cat due it being 18 metres high on the ledge. KFRS will always respond to rescue an animal where there is a risk to the life of people involved. 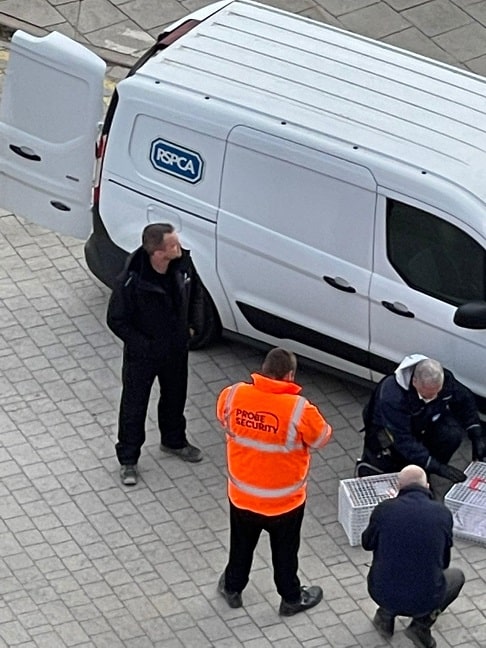 “The height vehicle was sent to the scene along with the fire service Line Rescue team. The team abseiled down the ledge to rescue the cat, which was then handed to the RSPCA.”