Centuries-old artefacts have been unearthed in the grounds of Upton Junior School in Broadstairs.

The finds include musket balls, shrapnel, pottery and coins from the 1700s and were discovered by Kent Archaeological Project that is excavating part of the land prior to building a new sports hall.

For Upton’s children finding history right under their feet is fascinating and has been incorporated into learning topics, generated discussion and inspired creative work.

Michaela Lewis, Executive Head Teacher of the Viking Academy Trust that includes Upton, is excited at the discovery.

She said: “We are thrilled to be part of a history-making project with the impressive archaeological finds discovered by experts who excavated part of the site before building progresses. 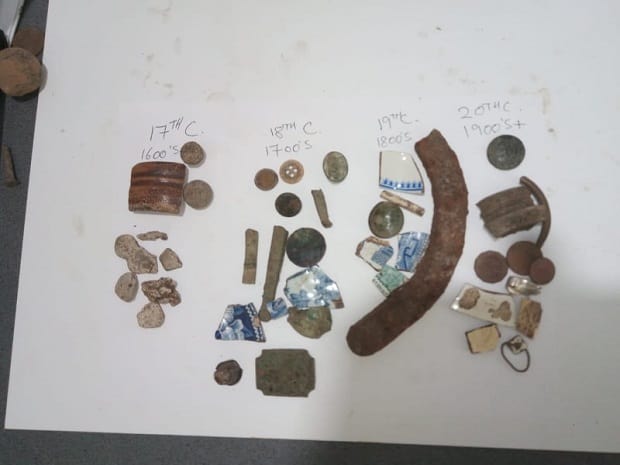 “It is a fantastic opportunity to give our children a real life history experience and they are absorbed by the finds that have been unearthed after laying under the feet of Upton pupils for generations.

“The hall will be a fantastic amenity for Upton and also for our wider community – we have always prided ourselves on being more than a school and are happy to play another integral role in our community development with this much-needed sports provision.”

When the foundation digging uncovered the finds, work was paused to allow archaeologist Tim Allen from KAP to investigate. He was able to link the discoveries with the school and children in Year 6 who have been studying their topic ‘The World Around Us’.

Mr Allen explained his finds and where they may have originated so that the children understood some of the history the lay beneath Upton.

The school hopes to keep some of the artefacts on site and incorporate them into pupil projects that links to the local area and the sports hall. 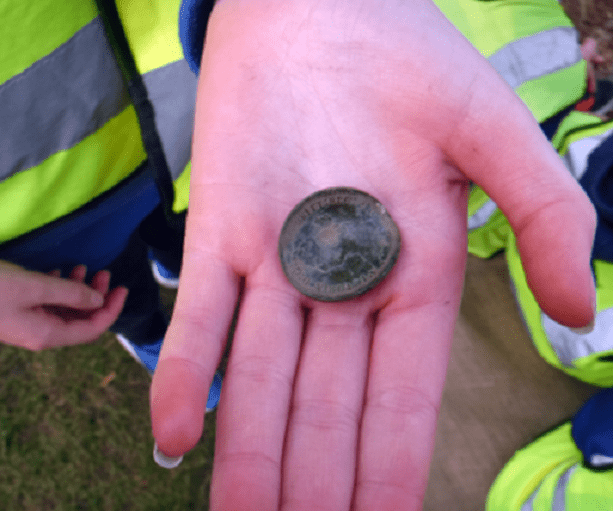 Deputy Head of School Dave Walker said: “It is incredible to think that we will soon have this much-needed resource alongside the swimming pool.

“Sport is such a massive part of school life and it so important especially now when a generation of children are recovering from a year of reduced opportunity and physical exercise.

“A huge vote of thanks must also go to our super PTFA, who constantly fundraise for projects such as these and have been able to make a substantial financial contribution to the project.” 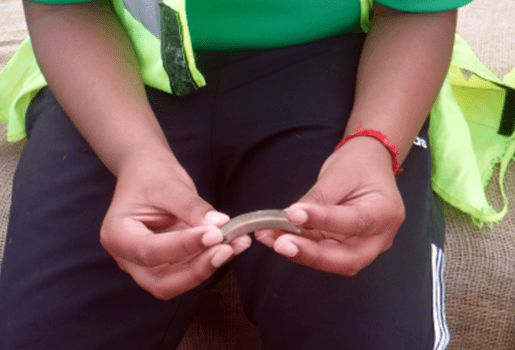 Upton is one of just 40 schools in the UK that works with Get Set, the educational arm of Team GB, as a Beacon School for Sport. Before the pandemic lockdown the school regularly organised or hosted on-site events for more than 2000 local children.

The completion date for the project which is overseen by Modulek innovative construction designers is expected to be Christmas Eve.

Project manager Peter Woolmer said: “We have had a large excavation being undertaken and it has uncovered everything including parts of a war time bomb shrapnel, coins, buttons, and flint and pottery. There is also a 16th century token and part of an 18th century pipe.”

To monitor progress of the sports hall build, go online to Twitter: @uptonjuniors and Facebook@@uptonjuniorschoolofficialbroadstairs