A venture started in a spare room of a Margate home during lockdown looks set to mushroom -literally- into an ambitious scheme that will create microbusinesses, food and income for a community food shop and a growing market attraction for the town.

Resident Darryn De La Soul is planning to set the wheels in motion for a Margate mushroom business which will see a mushroom farm established in shipping containers with crops produced in five weeks, all year round.

Fresh produce will be sold to farm and market shops but there will also be a string of micro-businesses where homeworkers can process the mushrooms through freezing drying, pickling, fermenting or making jerky, crisps and coffee tinctures, and then be paid for the product.

The microbusiness side would be aimed at those who may be housebound due to illness and those escaping domestic abuse as well as MiCommunity social shop clients. 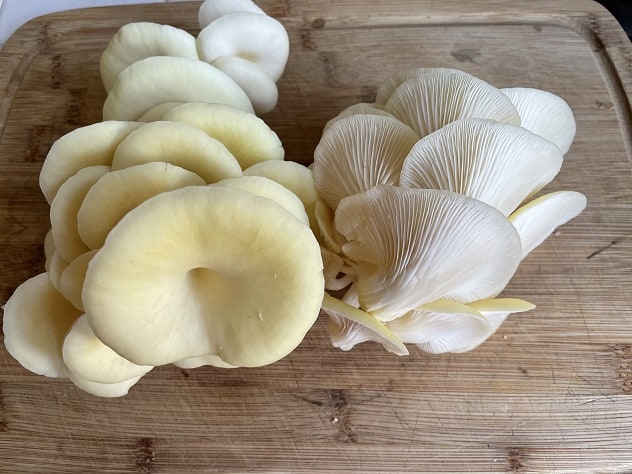 She said: “I learnt to grow mushrooms during lockdown and there is a big market for them, the greengrocers were buying everything I could produce.

“I came across the Bide eco cleaning products model, they work with marginalised women particularly those that have come out of prison. Bide give them the raw materials to make eco products at home and get paid. I thought it was an interesting model and how it could apply to survivors of domestic abuse who may be struggling to go out and get a job because of childcare and of those who are housebound through chronic illness or mental health issues.

“All those people could work from home. We could build the mushroom farm and sell crops in aid of our food bank and shop (Mifoodbank) but also as mushrooms do not have a very long shelf life they could go to homeworkers for preserving creating microbusinesses, building confidence and giving income.” 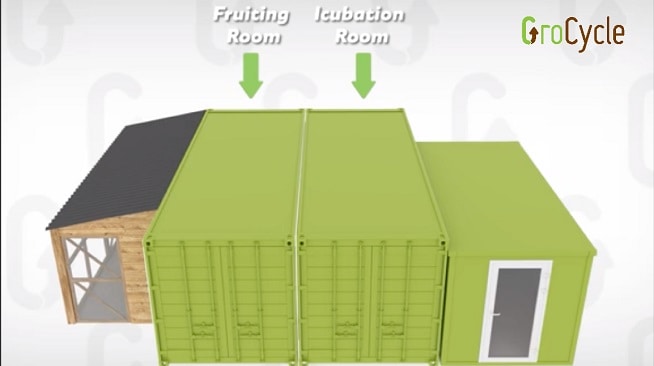 Darryn says the plan is to provide one full time and one part time job at the farming container site which Quex estate has donated land for at Woodchurch Farm. This would have two 20ft containers and a shed with capacity for 80kg of crops per week. The aim is also to give training and assistance for people to get their home kitchens approved for commercial use, teach cultivation, processing and hygiene skills and provide help to build the businesses.

Darryn said: “This would create something completely new and there is such a big market both generally and the vegan market. We could work with oyster mushrooms and then branch out, Margate would become known for its mushrooms, I want people to come here and not go home without Margate mushrooms. The products made in homes would have maybe their first name on the label, giving an element of pride and a personalised product. People buying it would know they are also helping someone to survive and make up for that Universal Credit £20 cut.

“As it grows there would be more jobs and we could expand so there are out of the house jobs as well as home microbusinesses giving people income and a reason to get up and dressed, build confidence and improve wellbeing.”

A fundraiser has been launched with a £42,300 total to pay for containers, equipment, wages, training and more.

The plan is to run a first trial with five or six people referred by Oasis Domestic Abuse Service for the initial homeworking scheme.

Profits from the mushroom farm, as well as produce, will go into MiCommunity shop/foodbank. Darryn said: “We will use money to fund the shop and give vouchers for people to spend in it.” 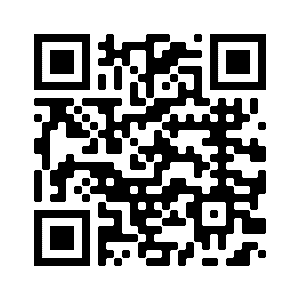 The fundraiser runs until December 15. If successful Darryn aims for the first crop to be started by the end of January with harvesting in March.