She says there are many plans in the pipeline to improve the town but urges people to play their part in the Civic Pride scheme: 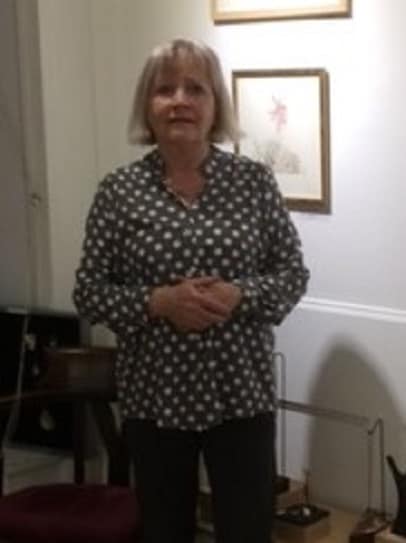 Ramsgate has always had some bad press about the state of the town. When I became chair of the RTC Planning and Infrastructure committee I wanted to see what could be done under the Infrastructure heading.

Firstly, I collected a small list of blocked drains, broken pavements and damaged roads in Ramsgate which was sent to Kent County Council. After some persuasion they have logged all these and say something will be done.

Through Facebook I have asked people to monitor these and also to report further individual blocked drains themselves. They will get a reference number which can be tracked, and, if nothing happens I can report this to Paul Valek of KCC. What I can’t find out is whether there is a regular schedule for checking all drains. I think there is, but KCC won’t tell me. We live in hope.

Then to the problem of litter, graffiti, weeds and general dereliction of the town centre. We have dreamed up the Civic Pride scheme which asks shops and businesses to go beyond the call of duty and clean up around their premises. We have a Civic Pride certificate to issue to those contributing.

We know that 99% of all businesses already do this and we have a wonderful team of street sweepers, RTC technicians and volunteers to supplement this work.

Many people complain that they already pay their rates and expect more from the council. Unfortunately, our grant has been cut so drastically that the council can only afford the bare minimum so that people will have to help.

To be fair, if our town looks better and more attractive more people will come to shop here which benefits everyone.

The empty shops are a problem that we have yet to solve. Art work would be good, but no money!

In the pipeline are some further initiatives. We all eagerly await the installation of the gate at the foot of Harbour Street. This will help remind the drivers that it is a pedestrian area which includes them. Signs are very clear but some drivers will get out of their car and move the sign rather than find an alternative route.

We are also aiming to have a purge on drivers who park in the town outside (mainly) pedestrian hours under the no parking signs and blocking pavements. They are allowed to unload for 15 minutes, but then must move on. They don’t!

In our Highways Action Plan which is being put together there are many ideas to put to KCC. Including a loading bay in York Street, a bollard at Turner Street and, most controversially, a 20mph speed limit in the town.