Guests gathered at Turner Contemporary in Margate to wish the gallery a happy tenth birthday and to bid its Founding Director, Victoria Pomery OBE, a fond farewell before she moved on to The Box, in Plymouth.

At the event, Turner Contemporary launched The Director’s Fund established in honour of Victoria. The Fund will allow future creative leaders to realise their vision, working with the Trustees and leadership team, and leading philanthropists. The Fund’s remit is to sustain research and enable artist commissions, exhibitions, learning, participation, and digital projects.

Under Victoria’s leadership over the last 19 years, the vision for a major, world-renowned gallery, rooted locally in Margate and Kent has been developed. It was part of a new wave of institutions that redefined what an internationally important, locally embedded arts organisation could be.

Since it opened in 2011, the gallery has exhibited the work of over 2000 artists. Turner Contemporary has received 3.6 million visits and says it has generated over £70million for the local economy. The building is now widely recognised as the first contemporary building to feature on a UK bank note. 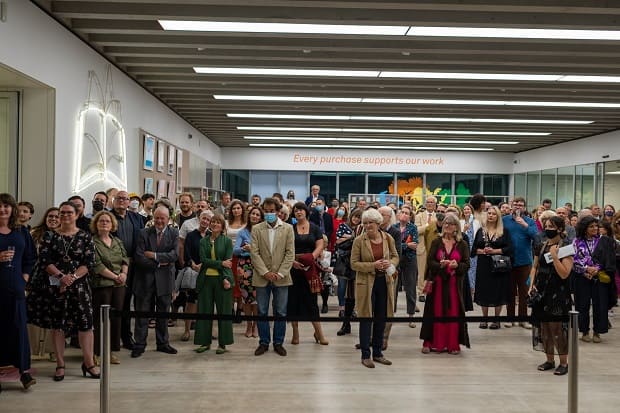 The gallery has also built relationships widely across the community and worked with over 100,000 local children and young people to offer them access to high quality creative learning opportunities. Each year, around 6% of visits come from individuals who have never been to a museum or gallery in their lives before. In 2019, Turner Contemporary hosted the world- famous Turner Prize.

Clarrie Wallis, who has been Tate’s Senior Curator of Contemporary Art (British) since 2016 and a curator at Tate since 1999, will take up the position of director at Turner Contemporary in January.